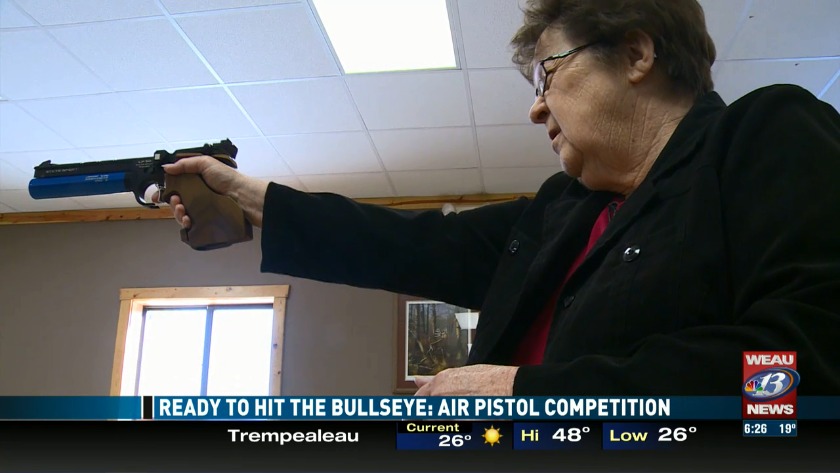 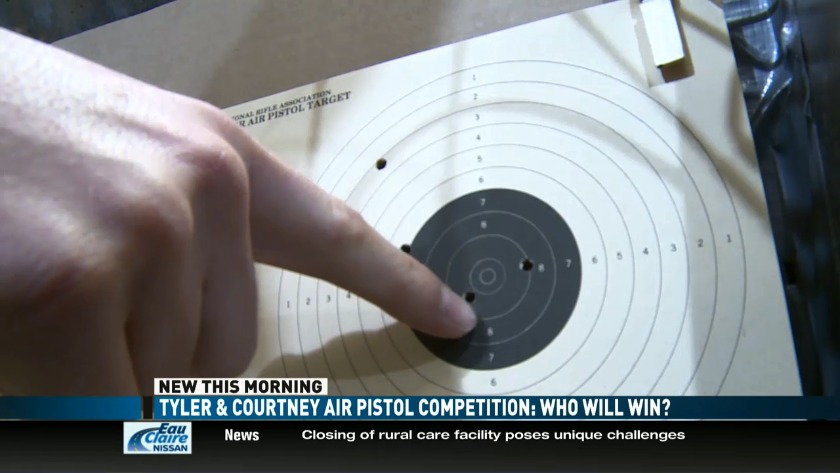 BLOOMER, Wis. (WEAU) -- Since 1988, 10 meter air pistol has been part of the Olympics. This weekend competitors are loading up for a match at the Bloomer Rod and Gun Club. The Hello Wisconsin team took a few shots to learn more. Plus we met one woman who isn't letting age deter her from getting in on the action.

"About 35 years, I started on IPSC, changed to bullseye," explains Judy Scritsmier, a member of the Bloomer Rod & Gun Club.

At the Bloomer Rod and Gun Club Judy Scritsmier is no stranger to shooting, 76-years young and always ready to hit the bulls eye 10 meters back for air pistol.

She says, "The body says you can't do some of those things you used to. I'm a newbie at air pistol, I think I only done it 3 or 4 times."

But she's a natural at focusing on the front sight and pulling the trigger a difficult task with such a small target.

Chip Eckardt with the Bloomer Air Rod & Gun Club, "The very center circle is the bullseye, that's about the diameter of a pencil eraser."

But Chip with the club says the breakdown of points is simple. He add, “If you hit all tens that's 100 points. You are really penalized even if you are off by a couple inches."

It’s also not as easy as it looks. He says, “You stand about parallel to the target. Hold it up at arm's length and the way to do it is take a couple of deep breaths."

For local shooter Jerry Wilder it comes natural. Wilder explains, “I started competitively in 1970's. I've won 13 National Championships. It reminds me a lot of effort, a lot of time, and time away from home traveling the world. The only competition I hadn't made was the Olympics. They only take two and I was third twice."

Now it’s a fun time surrounded by other shooters dedicated to the game. Judy says, “Once I got into air pistol I thought this is fantastic. I love this. I could probably do another 10 years. You are always shooting to better your last score, that's the name of the game.”

At the Bloomer Rod and Gun Club Judy Scritsmier is no stranger to shooting, 76-years young and always ready to hit the bulls eye 10 meters back for air pistol.

Related Links
The comment sections of our web set are designed for thoughtful, intelligent conversation and debate. We want to hear from the viewers but we are not obligated to post comments we feel inappropriate or violate our guidelines. Here are some of the criteria you should follow when posting comments: