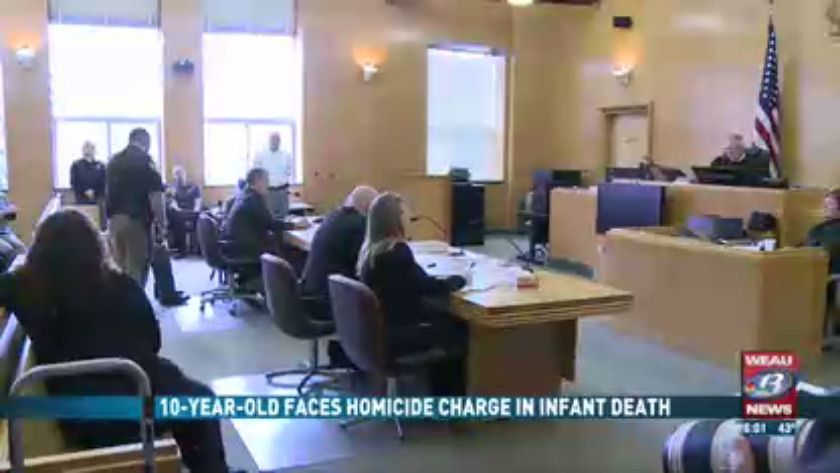 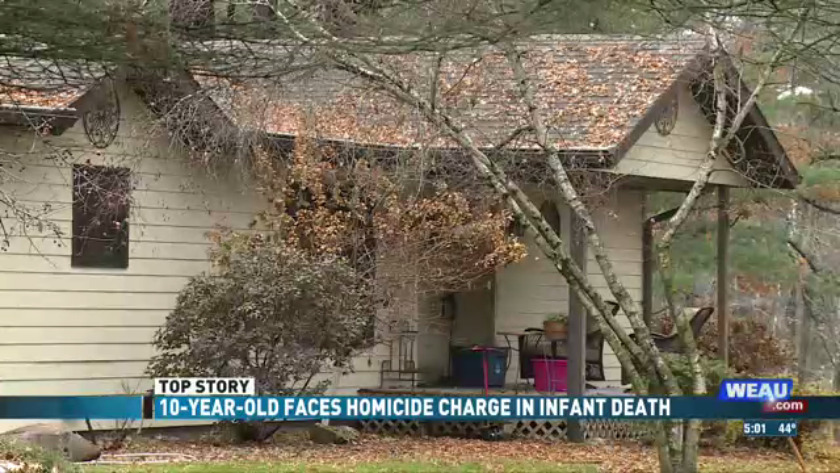 CHIPPEWA FALLS, Wis. (RELEASE) -- More information has been released from the sheriff's department:

1. ON OCTOBER 30TH 2018 AT 3:40 P.M. THE CHIPPEWA COUNTY SHERIFF’S OFFICE RECEIVED AN EMS CALL AT 12096 102ND AVENUE IN THE TOWN OF TILDEN, CHIPPEWA COUNTY. IT WAS REPORTED THAT A 6 MONTH OLD MALE INFANT WAS BLEEDING FROM THE FACE AND HAD WHAT APPEARD, TO THE REPORTER, INJURIES TO THE FACE AND HEAD.

3. ON OCTOBER 30TH 2018 DOCTORS/MEDICAL SPECIALISTS AT GILLETTE HOSPITAL INFORMED CHIPPEWA COUNTY DEPUTIES OF THE SEVERITY OF THE INFANTS INJURIES. CHILD ABUSE MEDICAL SPECIALISTS INDICATED THE INJURIES WERE CONSISTANT WITH CHILD ABUSE, NOT BY ACCIDENTAL CIRCUMSTANCES. THE INFANT RECEIVED MULTIPAL SKULL FRACTURES THAT WAS CONSISTANT WITH A HEAVY FORCE/PRESSURE. DOCTORS PROVIDED PHOTOGRAPHS OF INFANTS INJURIES THAT SHOWED A DISTINCT PATTEREN.

5. ON NOVEMBER 1ST, 2018 CHIPPEWA COUNTY DEPUTIES EXECUTED A SEARCH WARRANT AT 12096 102ND STREET FOR ITEMS THAT MAY HAVE CAUSED THE BRUSING AND/OR INJURIES TO THE INFANT. TWELEVE (12) ITEMS WERE TAKEN/SEIZED.

6. ON NOVEMBER 1ST, 2018 CHIPPEWA COUNTY INVESTIGATORS INTERVIEWED _____. THE INTERVIEW WAS NOT CONSISTENT FROM WHAT INVESTIGATORS HAD DISCOVERED AT THIS POINT IN THE INVESTIGATION. FUTURE ARRANGEMENTS WERE MADE FOR A FOLLOW-UP INTERVIEW.

7. ON NOVEMBER 1ST, 2018 CHIPPEWA COUNTY INVESTIGATORS WERE NOTIFIED BY GILLETTE HOSPITAL STAFF, THE INFANT WAS DECEASED AND THE AUTOPSY WAS SCHEDULED FOR FRIDAY, NOVEMBER 2ND.

8. ON NOVEMBER 2ND, 2018 CHIPPEWA COUNTY INVESTIGATORS INTERVIEWED ______ AT THE CHIPPEWA COUNTY SHERIFF’S OFFICE. SHE INITIALY DENIED ANY INTENTIAL ACTS IN HARMING THE INFANT BUT LATER CONFESSED AS TO HER INVOLEMENT.

9. THE INVESTIGATION HAS BEEN FORWARDED TO THE CHIPPEWA COUNTY DISTRICT ATTORNEY’S OFFICE FOR THEIR REVIEW AND CONSIDERATION OF CHARGES.


CHIPPEWA FALLS, Wis. (WEAU) -- An infant in Chippewa County is dead and a 10-year-old girl is the main suspect.

A $50,000 cash bond was set for the girl in Chippewa County Court Monday morning.

District Attorney Wade Newell said the girl was in foster care at a home in Tilden, which also served as an in-home daycare, on October 30th.

At that point Wade said the girl panicked causing injuries that resulted in the infant's death.

Wade explained, “She stated she was holding the child and that's when she dropped the child. The child hit its head on the footstool and then the child started crying and she panicked and didn't know what to do and didn't want to get into trouble and then she proceeded to stomp on the 6 month-old's head.”

The infant was transported to Gillette Hospital in St.Paul where he was pronounced dead on November 1st.

“The caller indicated that she had discovered a 6-month-old male, who she was doing daycare for, was bleeding from the head and was unresponsive,” said Kowalczyk.

In court the D.A. said a medical pathologist believed the child's injuries were consistent with a fall and also said the tread marks on the child's head match that of the suspect's shoes.

The daycare in Tilden is currently shutdown of its own accord while the state is investigating whether there was any wrong-doing on the business' part.

The girl is currently being tried in adult court according to state law but the court may later change that to juvenile court as the investigation continues.

CHIPPEWA FALLS, Wis. (WEAU) -- A 10-year-old girl is in police custody after being accused of killing a 6-month-old infant at a daycare near Chippewa Falls.

According to Sheriff Jim Kowalczyk, it happened Oct. 30 around 4:30 p.m. at a daycare in the Town of Tilden. According to Kowalczyk, a 10-year-old girl at the daycare confessed to her involvement in the death.
The baby boy was found bleeding from the head and was taken to an area hospital where the baby then flown to St. Paul. A doctor attending the baby told investigators the death was not an accident.

The girl is currently in the adult court system and appeared in Chippewa County Court on Monday morning. A cash bond was set at $50,000.
The sheriff says the death is still under investigation.

Because the girl could still appear in juvenile court, WEAU 13 News is not naming the 10-year-old girl at this time.

A 10-year old girl has been taken into Juvenile Detention in Chippewa County, pending charges in relation to the death of an infant.

According to Sheriff Jim Kowalczyk, the girl is expected to be in court at 10 a.m. on Monday

Following the court hearing, Kowalczyk says the department will be holding a news conference. Stay with WEAU 13 News with this breaking news story for updates online and on air.