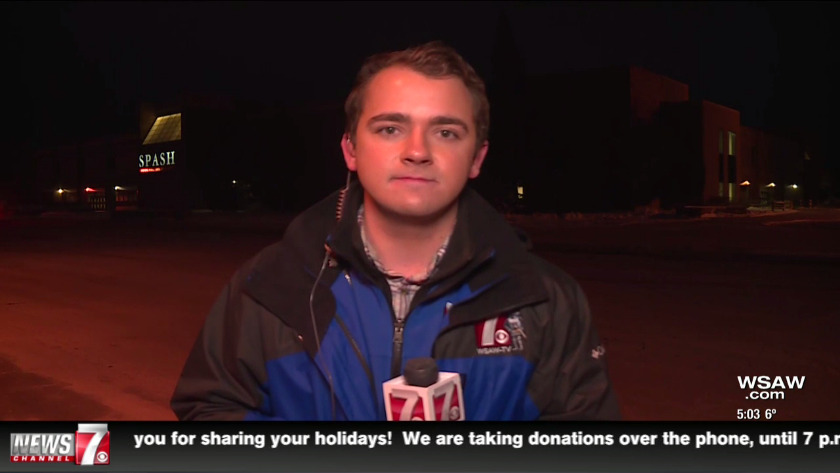 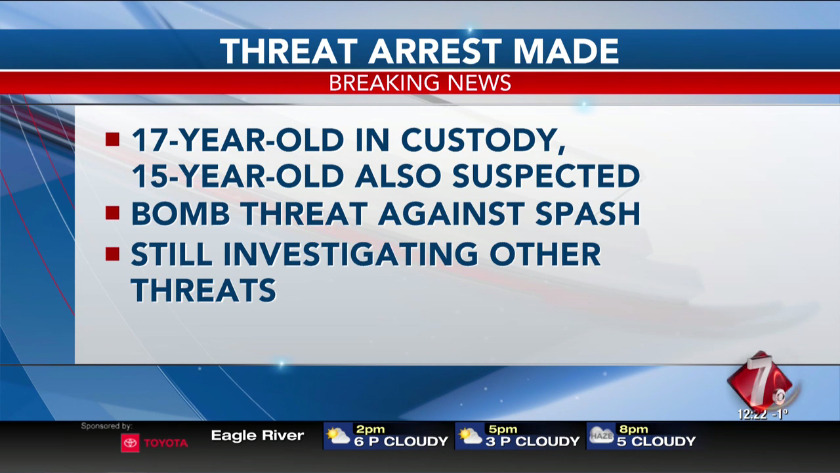 Officers say they're also requesting the Portage County District Attorney pursue charges against a 15-year-old male, for being party to the crime.

Police say they determined the threat against SPASH was not credible early into their investigation. They say they were able to arrest the teen without incident.

This communication is to inform you of a situation that occurred at SPASH this morning regarding a bomb threat received by phone. We immediately contacted local law enforcement who were able to quickly and efficiently identify the location of the suspects. The suspects were located off-campus at the time they made the threat and when they were taken into custody. At no time was anyone at SPASH, or other schools, in danger.

We treat threats very seriously and will respond in accordance with our District disciplinary policies and procedures. Threats of this nature may be considered for expulsion through age 21 with additional felony legal charges possible under Wisconsin State Statute 947.019 including making terroristic threats. We will continue to implement extra security measures for the remainder of the week.

The purpose of this email is not to alarm you, but to make you aware of what occurred as we continue to keep communication with families a priority.

Police are still investigating threats made against Ben Franklin Junior High on Dec. 12.

Stevens Point police arrested a 15-year-old boy Monday in connection to at least one threat made at Ben Franklin Junior High.

Read the original version of this article at www.wsaw.com.