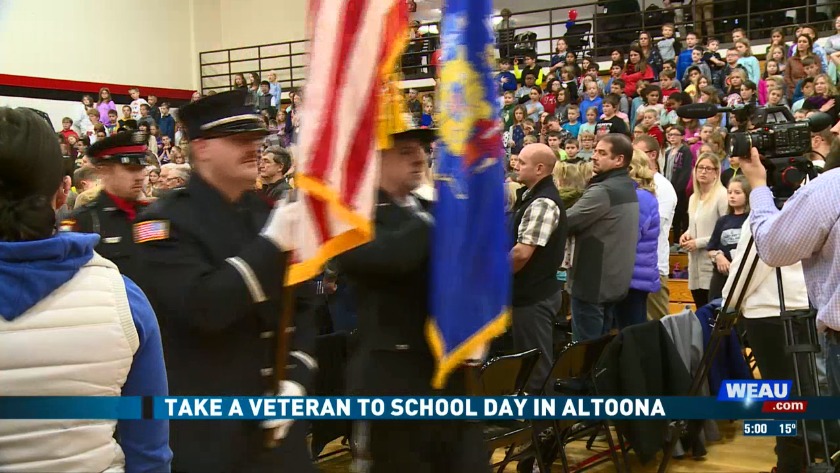 Take a Veteran to School Day in Altoona 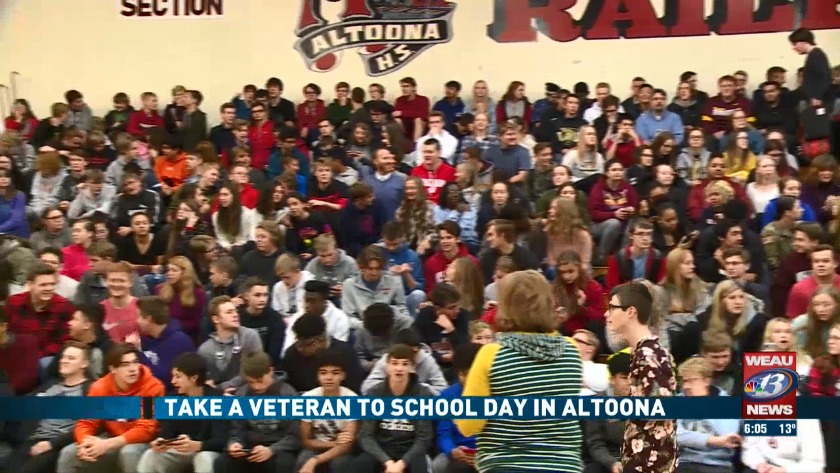 Take A Vet To School in Altoona

The Take a Veteran to School program allows students the opportunity to honor a family member who's a veteran.

The event featured several guest speakers, including former student, Maddie Schubring, who’s now in the military and state representative Jesse James who is also a veteran.

Intermediate, middle, and high school students gathered in the Altoona High School gym for the one hour service.

Several speakers reflected on what veterans have done that have affected the lives of everyone.

During the service, students were called up to announce the name of the veteran in their life and what branch he or she served in.

State representative Jesse James was one of the main speakers and says without veterans, we may not have the freedoms we enjoy every day.

"It is because of you that we can get up and got to work and our children can go to school without a fear of a homeland war,” James said. “It is because of our armed forces whether your Army, Navy, Air Force, Marines and our Coast Guard, we have something in our world that some don’t get to experience, we have our freedom."

Schubring also reminded the audience of the local veterans who couldn't be at the service because of a deployment.