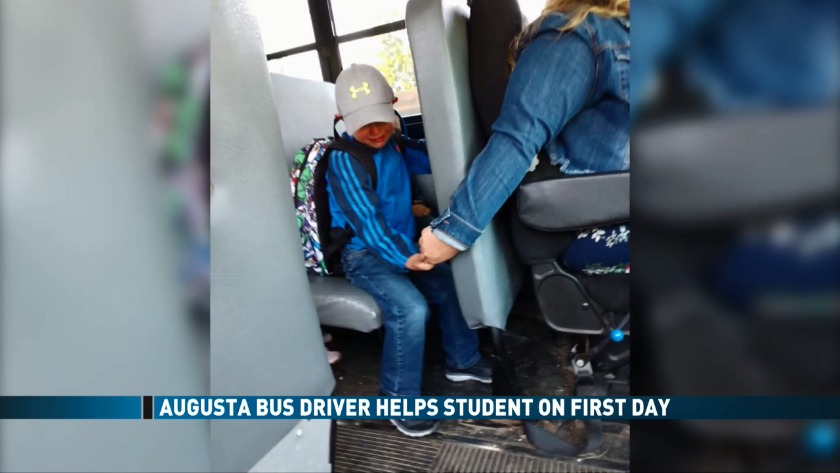 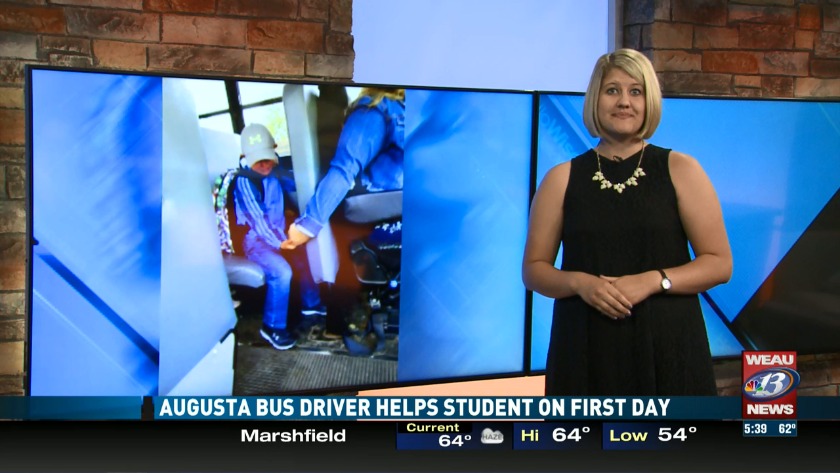 AUGUSTA, Wis. (WEAU) -- The start of a new school year can be scary for kids, especially when you are heading to school on a bus for the first time. A 4K student in Augusta was feeling those first day jitters, but thanks to a kind school bus driver he was able to get over his fear.

A mom from Augusta was hoping to get that perfect first day of school photo of her son riding the school bus for the first time. But instead she ended up snapping a photo that has been spreading a message of kindness throughout the community.

Little Axel has created a special bond with his bus driver, Isabel Lane. She was driving her routes on the first day of school to pick up Axel for the first time when things didn't go as planned. "He was all smiles when he saw me around the corner and I started to slow down and that's when you could see his face start to change,” Lane said.

She completed the stop but Axel wouldn't get on the bus without help from his mom. "I picked him up and put him on the bus,” said Amy Johnson, Axel’s mom.

But she still wanted that special first day of school photo. "She had set him down in the seat and he kept trying to grab for her as she was trying to get off the bus so I just stuck my hand behind the seat,” Lane said. And that's when his mom snapped this photo of Isabel holding his hand as he sat on the bus. “I was just more into that I wanted that perfect picture and whether he was crying or not I just snapped it,” Johnson said.

The heartwarming picture of Lane comforting Axel is now making the rounds on social media. "I didn't think it was that big of a deal personally just I guess it's just something that I would do,” Lane said.

But the small gesture made a world of difference for little Axel. "The day after that he was waiting at the bus stop all by himself, he got on all smiles and talking to me the whole time so he is doing much better now,” Lane added.

It proves that a little act of kindness can reach far beyond the bus stop. "I think it kind of goes for anyone, if you see someone maybe struggling just to do something as simple as reaching out a hand and showing that you are there,” Lane said. “You don't have to say anything but just to show someone you are there makes a big difference in someone's day."

Give the Easter egg hunt a little twist this year!

Wholesome Endeavors has tips for healthy cooking during quarantine

Staying positive during the pandemic

Give the Easter egg hunt a little twist this year!

Wholesome Endeavors has tips for healthy cooking during quarantine

Staying positive during the pandemic