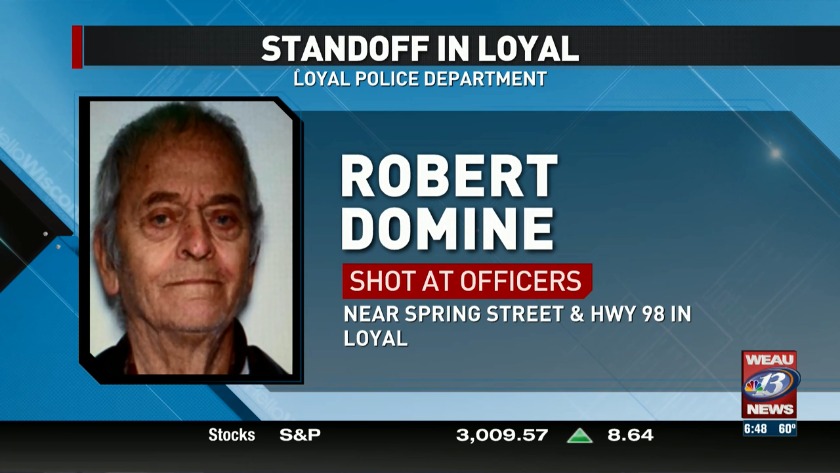 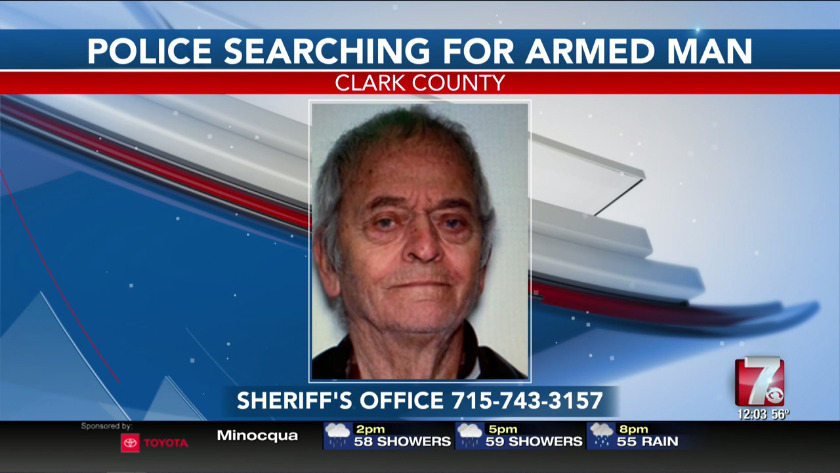 LOYAL, Wis. (WEAU) -- An officer is hurt and a suspect is dead after an hours-long standoff in Clark County.

The Loyal Police Department says early Friday morning, Robert Domine barricaded himself in his home in Loyal. Police say he first led officers on a chase, and pointed a handgun out of his window, then ditched his car in a field Thursday afternoon. Officers lost him, but later found out he had returned home.

The Department of Justice says during the standoff at the suspect's home overnight, Domine fired on law enforcement and hit a Clark County sheriff's deputy.

The shooting officer, a Marathon County sheriff's deputy, has been placed on paid administrative leave, per department policy. The Loyal Police Department says the deputy that was hit was taken to the hospital for precautionary measures but is doing fine.


CLARK COUNTY, Wis. (WEAU) --The Loyal School District says it will run on normal hours today. The incident in Loyal is still active, however there is no longer a threat to the public. Please avoid this area as a police presence will remain for some time.

(PRESS RELEASE)
On September 12th 2019, the Loyal Police Department was notified that a wanted subject had returned to his home in the City of Loyal.

The initial incident started yesterday afternoon when members of the Loyal Police Department saw Robert Domine driving a vehicle in the city of Loyal. They were aware that Robert had a valid body only warrant from Taylor County and tried to conduct a traffic stop on him.

Robert refused to stop and accelerated out of the city. The Loyal Police Department initiated a pursuit with Robert. The Clark County Sheriff’s Office assisted with the chase. Robert drove south bound out of Loyal with officers behind him. During the chase it’s believed Robert displayed a handgun out his driver’s side window. The chase ended when Robert drove south on CTH Z, entered a field near the intersection of Sherwood Road, and became stuck.

Robert ran from his vehicle into a marsh and wooded area when officers lost sight of him. Efforts to find Robert went into the night and continued into this morning but were unsuccessful. WE BELIEVED THAT THERE WAS A POTENTIAL DANGER TO THE PUBLIC.

This afternoon, it was reported that someone saw an individual get into a logging truck and leave the area where Robert left his vehicle. While officers were trying to locate the logging truck, the Sheriff’s Office received a call that Robert was seen at his residence in Loyal.

Officers responded to his house and established a perimeter. Phone contact was made with Robert and it was confirmed he was home. Several negotiators were used to try to get him to come outside but he refused.

Negotiators continued to try to get Robert to come out peaceably but he continually refused.

After about two hours of making announcements, gas was introduced into the residence. The Marathon County Bomb squad sent their robot in but it was unable to make it up the stairs. When we tried to enter through a garage door two gun shots were heard coming from the residence. One officer was transported to the hospital for precautionary measures and is doing fine.

More information will be given as time permits.

Clark County Sheriff's Office is looking for a man who is believed to be armed and in the Clark County area.

Officials say Robert Domine was involved in a chase, displayed a handgun and then ran into a wooded area by the intersection of County Highway Z and Sherwood Road.

Officials say if you have information on Domine, please call the Sheriff's Office at 715-743-3157.

Trump defends Modi, refuses to weigh in on citizenship law