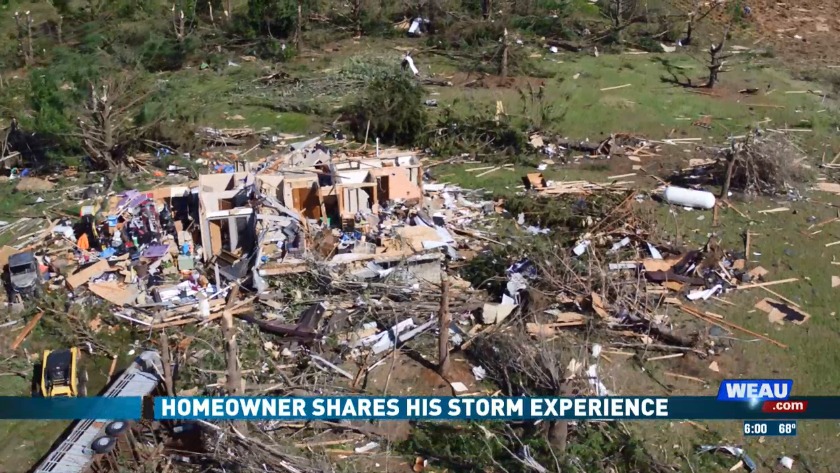 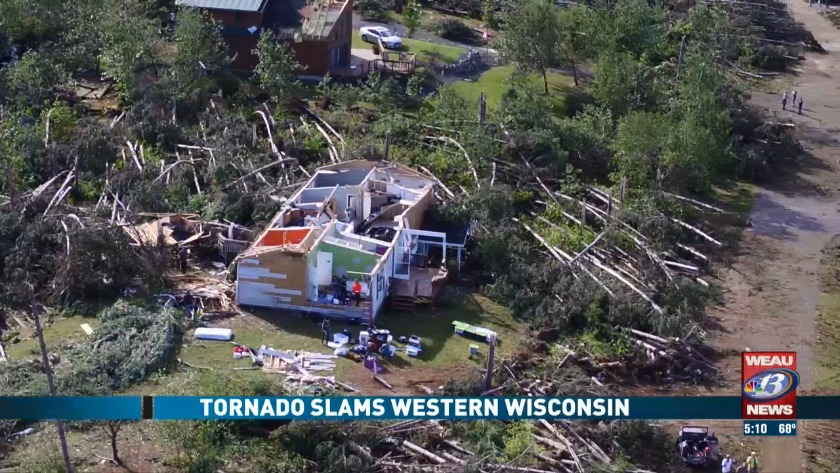 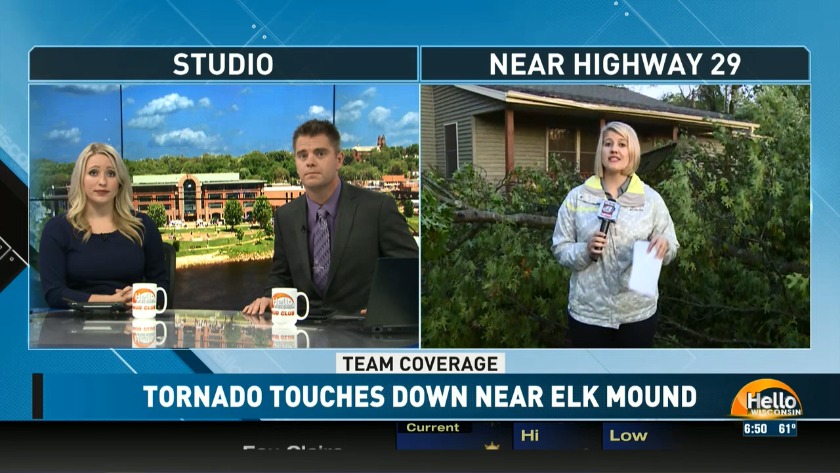 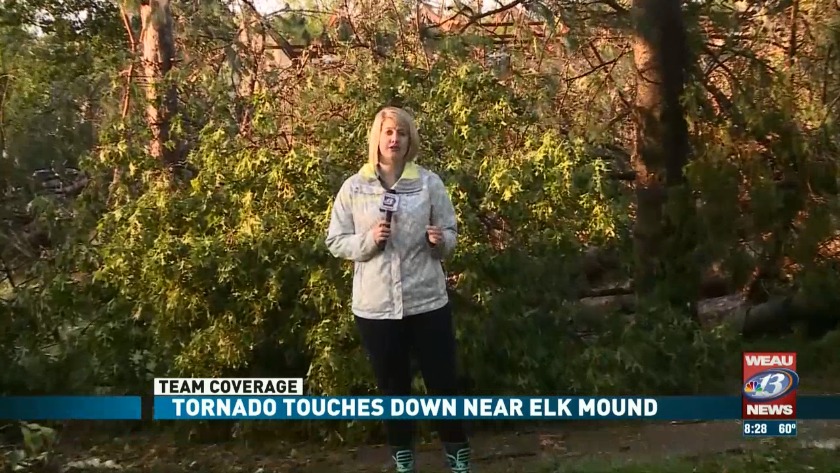 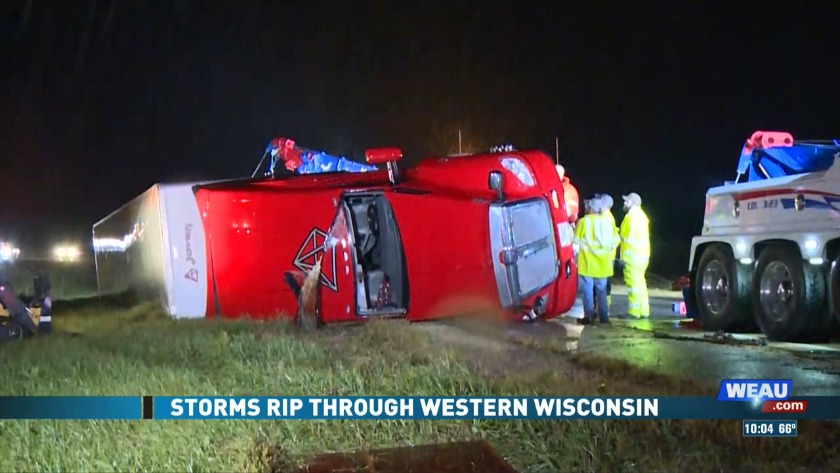 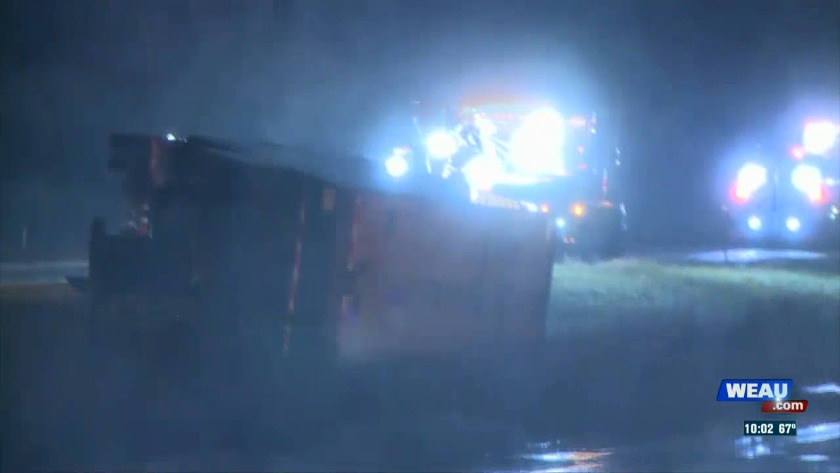 CHIPPEWA COUNTY, Wis. (WEAU) -- The National Weather Service has updated the EF status of the tornado that touched down Tuesday. In a media release, they issued the following statement:

"A preliminary assessment by the National Weather Service office in the Twin Cities has confirmed the tornado was as an EF-3, with estimated winds of over 150 miles per hour. It began on the eastern edge of Dunn County and traveled into the southwest corner of Chippewa County. An assessment of the full path of the tornado is ongoing,"

CHIPPEWA COUNTY, Wis. (WEAU) --At least one confirmed tornado touched down in western Wisconsin on Tuesday night, with a large amount of damage centered near the line separating Chippewa and Dunn counties.

WEAU crews observed at least three semi-trailers overturned along State Highway 29, northeast of Elk Mound. Houses and other structures were also observed to have extensive damage.

The storms started to roll through into Wisconsin at around 7 p.m., and a tornado warning was first issued for St. Croix County. The line of storms then moved into Dunn County and went just north of Elk Mound and into Chippewa County. By 9 p.m., a severe thunderstorm capable of producing a tornado was located near Augusta, or 21 miles southeast of Eau Claire.

Chippewa County Sheriff Jim Kowalczyk tells WEAU that no one he knows of was unaccounted for, with only a few people having suffered minor injuries.

The Chippewa County Emergency Management issued a statement late Tuesday night, asking people not to go to the Town of Wheaton to volunteer.

“Emergency crews are working to keep the public safe. Power lines may be down & debris can cause injuries that are better avoided in day,” they said.

The National Weather Service will be on the scene investigating this week, to determine just how strong the tornado was. Stay with WEAU on-air and online for the latest surrounding Tuesday night’s storms.