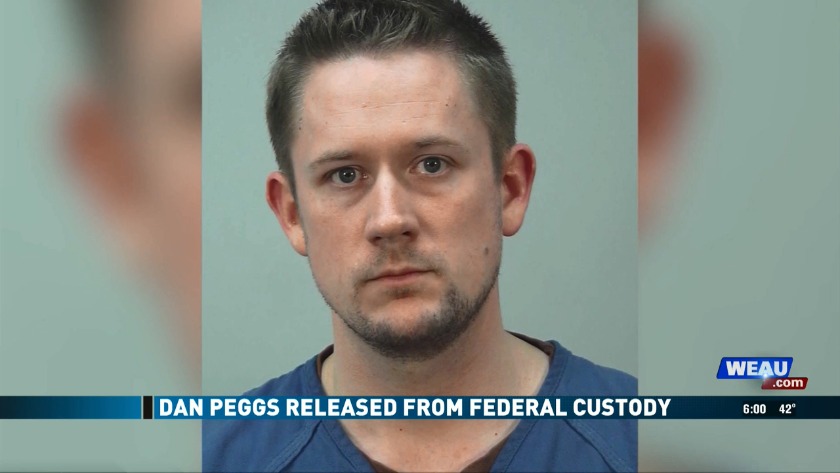 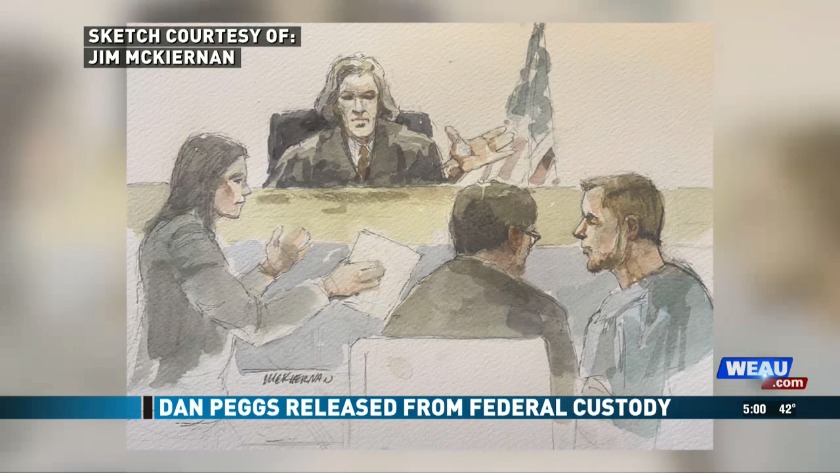 ALTOONA, Wis. (WEAU) -- Altoona Police Chief Kelly Bakken says it was mentioned in court that Peggs will be under house arrest in Oregon, WI which is in Dane County.

Ashley Peggs, his wife, says he will be staying with family in Oregon.

On Monday Altoona School Board President Robin Elvig released a statement saying, “We know that this case is extremely unsettling. We also know that the blame in this case, if accusations are proven, lies with one person. As a district, we are moving ahead. We have great students supported by an excellent staff, administrative team and school board.”

Bryan Lee Ragon was ordered in court to stay in federal custody.

Peggs was not required to pay bond but was allowed to sign papers stating that he agreed with the conditions.

Peggs will not be allowed anywhere on Altoona School property and is not allowed to have any contact with children, including his own. His conditions say he must follow several rules and will be on house arrest.

While in court he said nothing besides "yes sir".

The court said Peggs had multiple fake social media accounts and will not be allowed to be on a computer or use the internet.

Peggs' next court appearance has been scheduled for March 30 but that is subject to change.

ALTOONA, Wis. (WEAU) --Altoona school superintendent Dan Peggs is due in court in Madison. He's expected to have a detention hearing at 1 p.m. on Monday to determine if he will stay behind bars or be released.

Dan Pegg's wife Ashley reached out to WEAU and said that if Dan is released, he will not be allowed back in their home and won't even be in the area.

In a federal indictment from the U.S. Department of Justice, 32-year old Daniel Peggs is accused of recruiting and trafficking a minor for sex acts from October 2015 to May 2016 and creating a child pornography video involving that minor in December 2015.

Peggs was arrested Thursday on a federal warrant. That same day, he pleaded not guilty to charges of sex trafficking a minor and production of child pornography.

The Altoona School Board has determined that if Peggs is released from custody today, he will immediately be placed on administrative leave and not allowed on school property. If convicted, Peggs faces up to life in federal prison for the sex trafficking charge and between 15 and 30 years for the child pornography charge.

WEAU will have complete coverage of Pegg’s detention hearing scheduled for Monday at 1 p.m. in Madison on our evening newscasts and online.