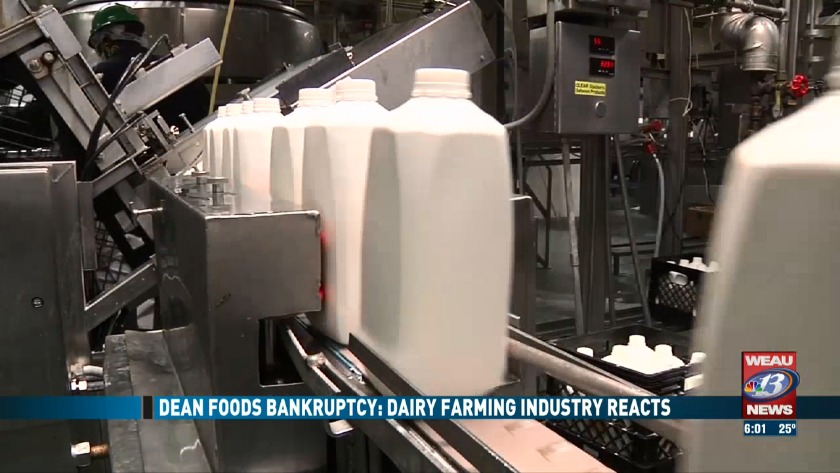 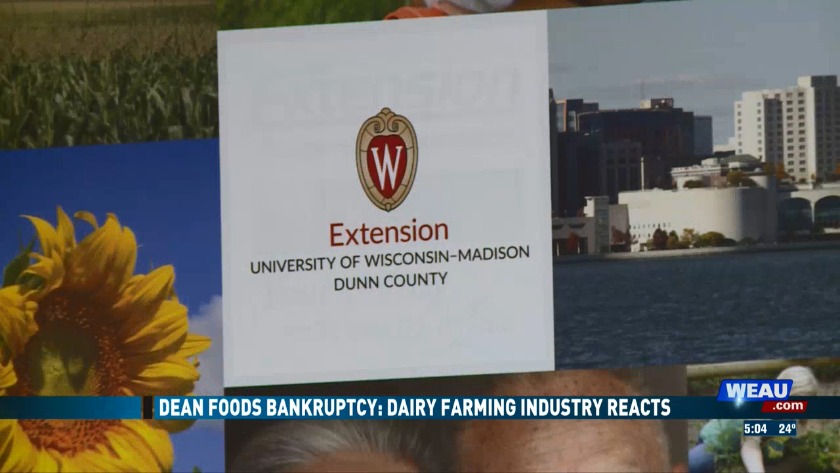 "Dairy farmers have been struggling for the past three, four years due to low commodity prices," said Katie Wantoch, Dunn County Agricultural Agent. Ag officials with UW-Extension say there aren't as many dairy farms in the Chippewa Valley today as there were 20 years ago. Wantoch says having a milk producer like Dean Foods file for bankruptcy puts a damper on what farmers are going through.

Wantoch says thankfully, Dean's bankruptcy filing won't have much of an impact on the Wisconsin dairy farming community. "A lot of our milk is made into cheese and cheese consumption certainly is increasing...there are some other dairy facility looking into drinkable yogurts and really some of these other new dairy products," she said.

However, she says seeing such a large company like Dean Foods struggle can cause some anxiety for those in the business. Local dairy farmer Randy Koller says since 2014, the business has been on a downhill rollercoaster with few ups.

Koller's farm is in Rock Falls and he's been in the business since 1982. In that time, he says he’s seen a lot of changes. "When I started in 1982 everybody had 20 to 30 to 40 cows. 50 or 60 was a really big farm and now I have one of the smallest farms,” said Koller.
He says so many Wisconsin dairy farms are struggling and many have shut down but despite the challenges, Koller says he’s sticking it out. "I've been fortunate with what I’ve been able to do on my farm, it’s a way of life, it’s a passion I have,” said Koller.

Koller also says family support has kept his farm up and running and despite local dairy farmers and big companies like Dean Foods struggling, he has hope for the near future.
He says prices for the fall season are looking better and 2020 could be one of the best years for the industry in a long time.