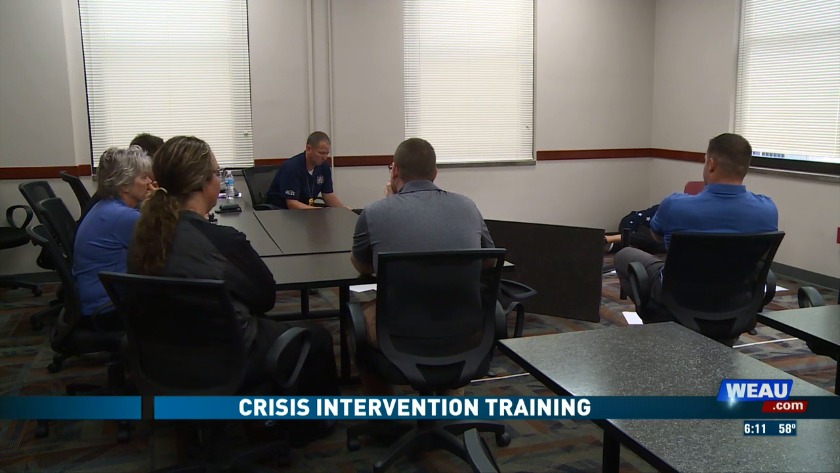 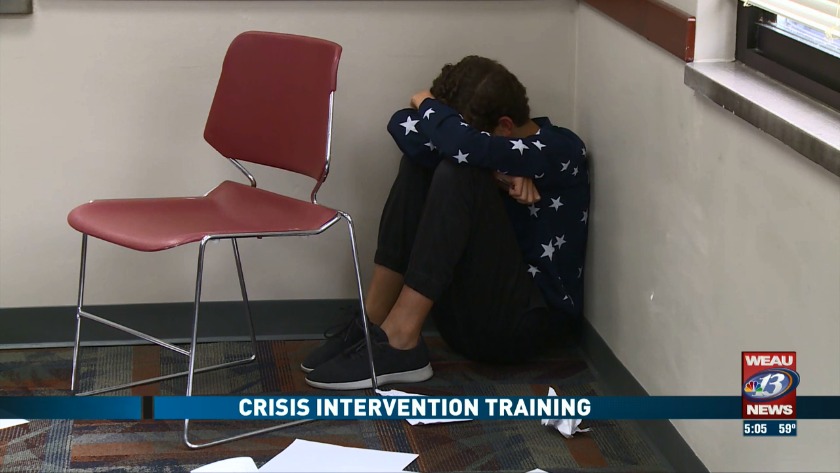 EAU CLAIRE, Wis. (WEAU) - Police officers are called to handle a variety of situations on a daily basis.

Officers got first-hand experience on how to handle a mental health call.

They can see everything from murders, to domestic abuse, to mental health issues. Sometimes police officers are called in to deescalate situations rather than just arresting someone. Friday, local law enforcement agencies wrapped up a week of crisis intervention training with real-life scenarios.

“Police are often running into these kinds of things. They're usually disguised as criminal activity,” Miller said. “There may be criminal activity, but it's stemming from a mental health issue and that's what we want our officers to realize.”

In order to help with these scenarios, local actors from the Eau Claire children's theater portrayed different mental health issues. One of those actors is Castle Dettinger.

“I've never experienced anything like I am portraying, but I can kind of pull things from kind of what happened in my life to create a story,” Castle said.

Castle has been portraying a student who is experiencing an extreme anxiety attack for the last three years.

“These actors are taking on these roles and officers are coming in and dealing with them here so that they have some experience when they go out on the street with it,” Miller said.

The training is funded by the national alliance on mental illness or N.A.M.I. It allows law enforcement agencies to receive the training for free.

“The whole point of this is to have our officers recognize that, maybe there is something going on besides that criminal activity,” Miller said.

For Castle, he says he didn't know this kind of acting existed, but is glad he discovered it.

“It feels really good. It feels like you're making a little bit of a difference,” Castle said. “It is a lot different that performing on a stage or performing behind a camera.”

Miller says officers from as far as superior have taken part in the training. He says it's important for as many officers to get this training as possible.

“If we can deal with this on the street level and get people the help they need, that's the ultimate goal,” Miller said.

Miller also said it has been documented that department who have received this training have seen a significant decrease in the amount of tactical calls or barricade notifications. The class is in its seventh years and is a week long.

Trump defends Modi, refuses to weigh in on citizenship law