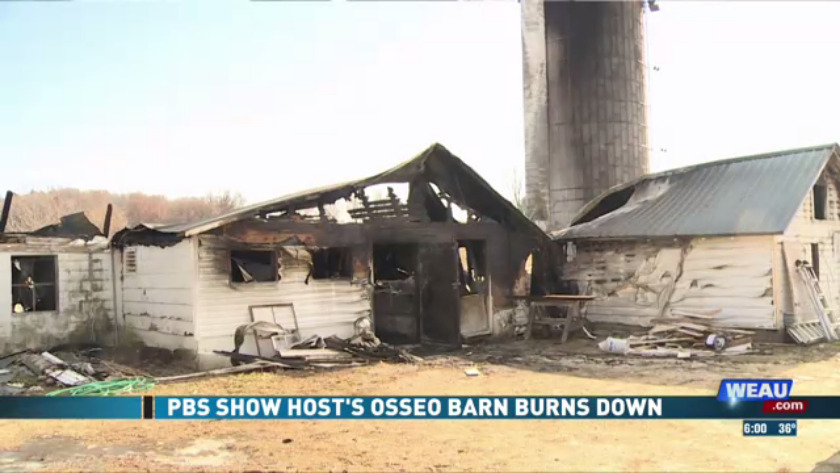 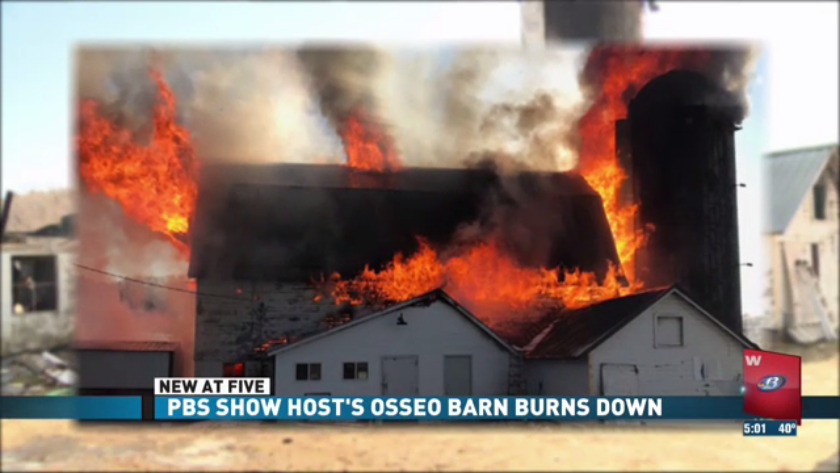 According to the Hale Township Volunteer Fire Department, it happened around 8:30am Wednesday.

The farm's owner, Inga Witscher, is featured on the Wisconsin PBS series "Around the Farm Table".

Witscher says she and her husband have owned the Osseo farm for about 13 years and were even married in the barn that burned down.

While the farm house and cows are safe Witscher said three calves didn't make it out.

“Our whole farm would have been completely lost if they hadn't been here so fast,” said Witscher. “With such a small herd like ours we're really connected with those animals. They're our friends, they're our family. I don't have children, the animals are my kids.”

Witscher said they'd been working to convert the barn into a creamery since May and it was almost complete with the final equipment set to arrive at the end of the week.

“This is what I do,” she said. “This is who I am as a farmer. Now I have to start and rebuild from the ground up so I can keep milking cows. I decided to dry the cows up right now and they'll start calving in the spring and hopefully I'll have a place to milk them.”

The fire department says the cause is still under investigation but Witscher says she's just grateful for the volunteer firefighters who were thankfully able to save her home.

“They dropped what they were doing to come over here and help us. That's the kind of community we have here in Wisconsin. It's just amazing. It's just been overwhelming, the support we have from people,” she said through tears.

Witscher says the plan is to now find a safe place for her cows over the winter and does plan to re-build the creamery.

She also asks that the community support volunteer firefighters in any way they can.

OSSEO, Wis. (WEAU) -- A fire at an Osseo farm destroyed a dairy barn and a new creamery.

According to the Hale Township Volunteer Fire Department, it happened around 8:30 a.m. on Wednesday, November 14 on County Road E.

The fire department says the barn is a total loss.

The farm's owner, Inga Witscher, is featured on Wisconsin Public Television's series "Around the Farm Table."

According to someone with the farm, Inga and the cows are safe.

However - calves, the dairy barn, and the new creamery did not survive the fire.