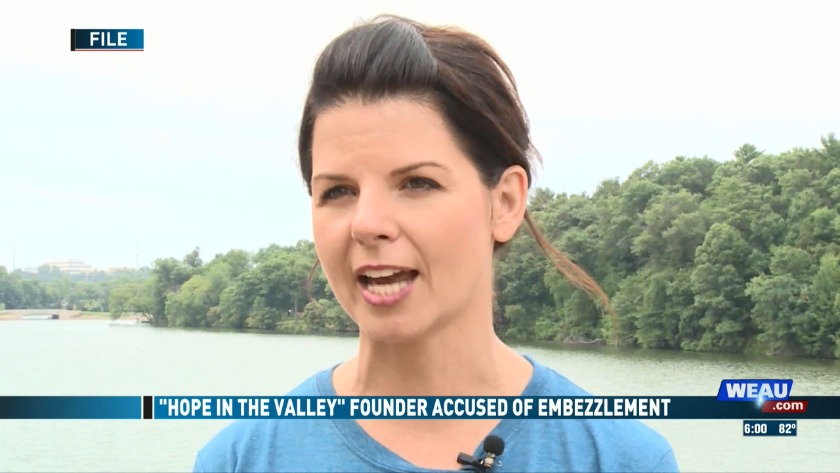 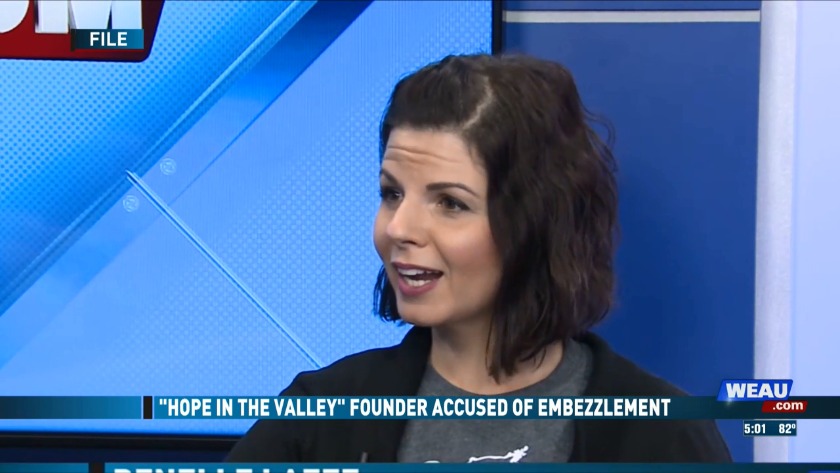 EAU CLAIRE, Wis. (WEAU) -- The future of a local non-profit is unknown after its founder is accused of stealing funds from the organization. Renelle Laffe, founder of Hope in the Valley and co-director of the Eau Claire Dragon Boat Festival is facing embezzlement charges.

Police say the investigation into Laffe and Hope in the Valley began several months ago. Investigators say evidence was found that Laffe was making fraudulent personal transactions using funds meant for the organization.

Hope in the Valley is a non-profit that raises funds and awareness for breast cancer. This comes two weeks after Mayo Clinic Health System announced this year's Dragon Boat Festival at Half Moon Beach scheduled for August 3rd would be cancelled due to declining participation. Through a partnership with Hope in the Valley, the Dragon Boat Festival raised funds for Chippewa Valley organizations that provide cancer services.

Lt. Derek Thomas with the Eau Claire Police Department says the investigation began immediately after the department received a tip. "We began investigating the case immediately and through the course of our investigation we found that thousands of dollars that had been donated to Hope in the Valley for what people believed was for cancer research, thousands of those dollars had been in fact used for her own personal gain," said Lt. Thomas.

Lt. Thomas says there is still more investigating to do but at but at this time, the department is referring charges to the district attorney’s office for theft and misinterpretation of funds.

WEAU 13 News reached out to Mayo Clinic Health System to find out if the investigation into Laffe had anything to do with why the Dragon Boat Festival was cancelled. Requests for comment were not returned. The website and Facebook page for Hope in the Valley has been removed.

Laffe is scheduled to appear in Eau Claire County court on July 17th for an initial appearance.


The founder of a local non-profit organization is facing embezzlement charges.

Renelle Laffe, founder of Hope in the Valley and co-director of the annual Dragon Boat Festival in Eau Claire is accused of stealing thousands of dollars.

After an investigation, Eau Claire police say they found evidence of theft and misappropriation of funds by Laffe. Investigators say thousands of dollars in donations to Hope in the Valley were taken by Laffe for personal use.

Hope in the Valley is a non-profit organization that raises funds and awareness for breast cancer.
This comes two weeks after Mayo Clinic Health System announced this year’s Dragon Boat Festival that had been scheduled for August 3rd at Half Moon Beach in Eau Claire would be cancelled.

Impeachment trial: Dems say oust Trump or he’ll do it again; ‘he is who he is’