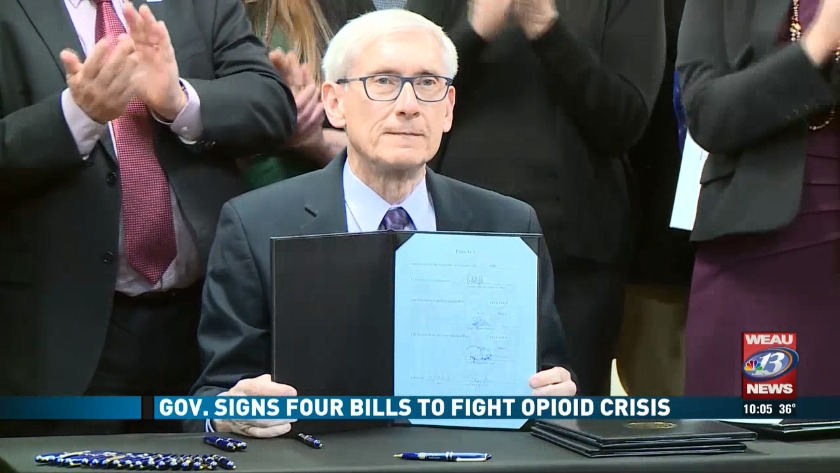 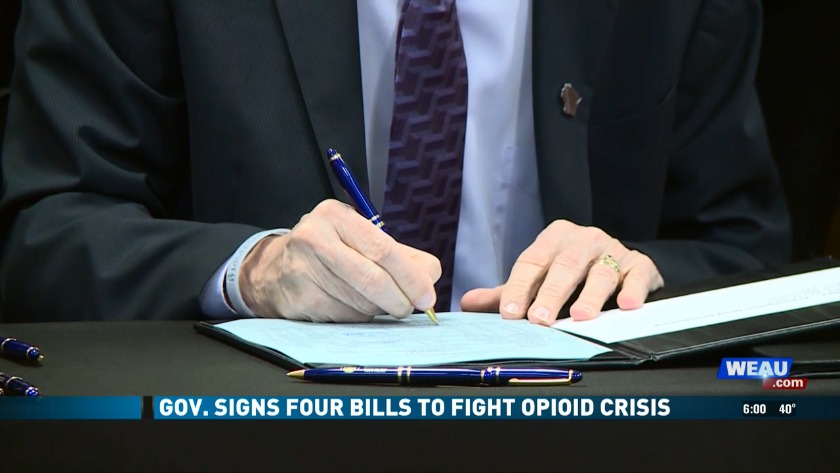 The bills, also known as the Hope Agenda, all look to make changes in the midst of the Opioid and overdose crisis.

State Representative Jill Billings, who was a strong advocate for these bills, says they have been in the works since the previous administration.

One of the bills aims at giving treatment in jails.

"Making an Opioid antogonist, like Narcan, more available to people and giving immunity to people who are delivering the antagonist," Billings said.

Another bill looks to create a registration for people to find recovery options.

"When someone overdoses and they're in the emergency room, they need to get to treatment immediately," Billings said. "So, this allows people to see if there's not a bed open in their area for residential treatment, where can they go in Wisconsin."

Another part includes a prescription drug monitoring program, which helps find alternative medication in some cases.

Billings says this leads to fewer pills floating around the community.

The final bill signed into law Tuesday helps cover costs of peer recovery coach services, which is often help from someone who previously battled addiction and overcame it.

Gov. Evers says the four bills signed Tuesday are just a starting point and that he has an idea of what to do next to tackle the crisis.

"I'm hopeful that in some point in time the Legislature will have a clear-headed view of what Medicaid expansion would mean for the state of Wisconsin," said Gov. Tony Evers. "That's $1.6 billion that sits in Washington D.C. because we aren't taking it and by taking that money we will be able to advance behavioral health issues and other mental health issues in the state of Wisconsin in a much better way than we have before."

For Legislators, they say they want the Hope Agenda to keep improving a crisis that seems to be getting better.

"Things are really coming together so that we are seeing a change in the way Opioids are prescribed and we're seeing a decrease in Opioid deaths in Wisconsin," Billings said.