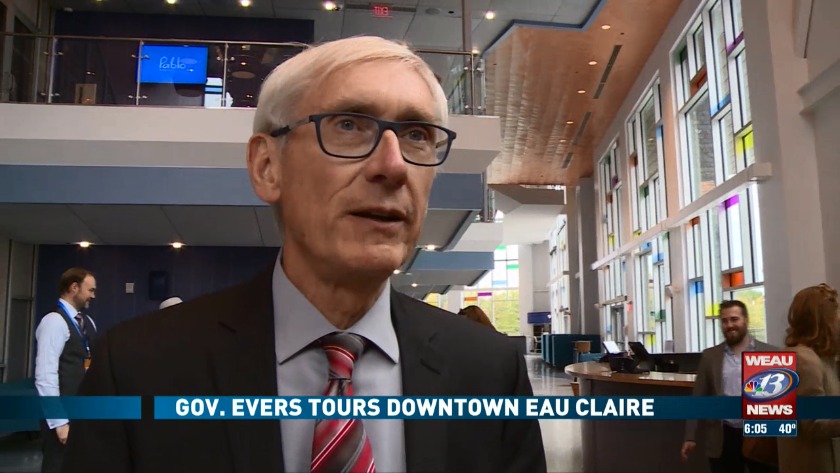 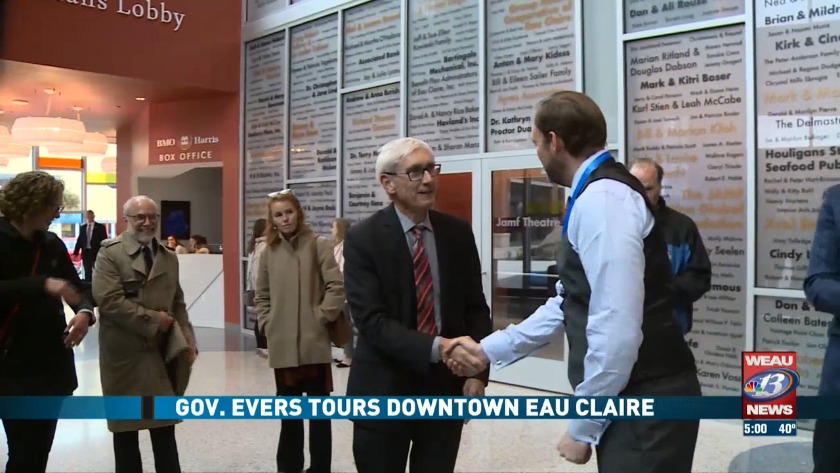 Governor Evers and Missy Hughes, Secretary of the Wisconsin Economic Development Corporation made several stops around Eau Claire's Downtown. The two met with local business and community leaders at the Lismore before heading to the Oxbow.

The group then made its way to JAMF Software and finally to the Pablo Center to learn about its significance in the city. This trip is part of a statewide tour where the governor is visiting economic development projects in Wisconsin.

He says what stuck out most to him during Friday’s Eau Claire visit is the energy of those working towards positive economic development here in the city. "I know that’s hard to measure but the energy of the people that are working to make the downtown the way it looks right now and how the economic development is thriving in this city and this part of the state because of these investments in downtown is really critical," said Evers.

The Governor also says he had the chance to talk to local leaders about affordable housing struggles and economic development issues as it relates to wages.