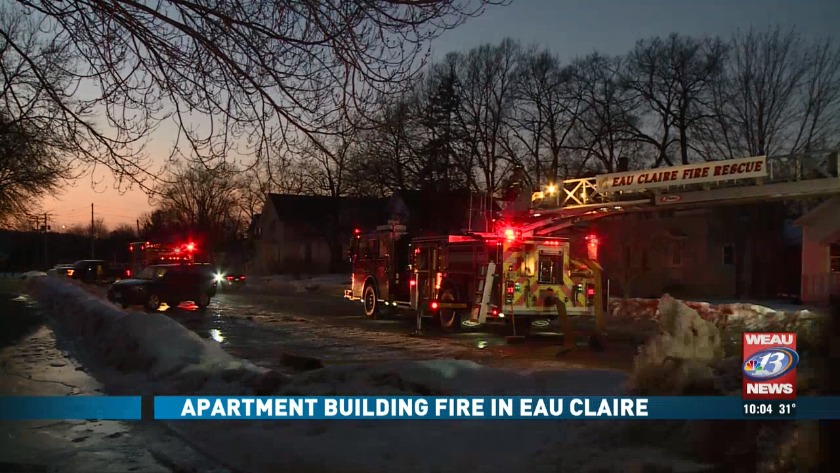 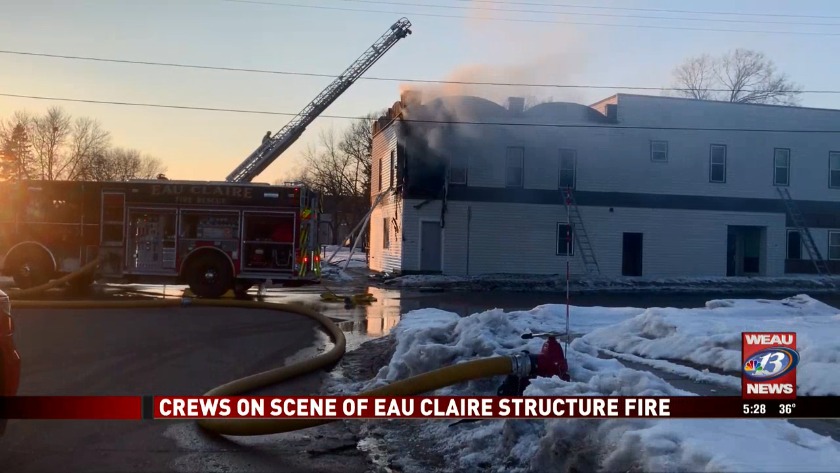 There were no reported injuries, and the fire is still under investigation.

The Eau Claire Fire Department responded to a structure fire at an apartment building around 4:48 p.m. on Friday evening.

When crews arrived they reported heavy smoke coming from the second floor of the building on the corner of Ninth and Menomonie Street.

No one was hurt in the fire and crews rescued one pet from the building who is said to be doing ok.

According to Deputy Chief Allyn Bertrang, the fire was deemed under control around 6:00 p.m. Crews remained on scene to ensure the fire had been extinguished.

The cause of the fire is still under investigation and there is no estimate to how much the damage will cost.

EAU CLAIRE,Wis. (WEAU) -- WEAU has a crew on the scene of a fire at 9th Street and Menomonie Street in Eau Claire, which is across the street from Hobbs Ice Center.

Smoke and flames are visible.

We will update as we have more information.