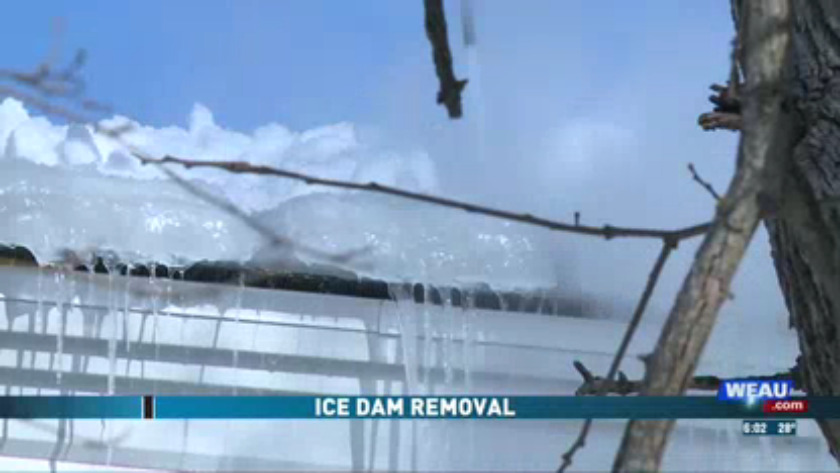 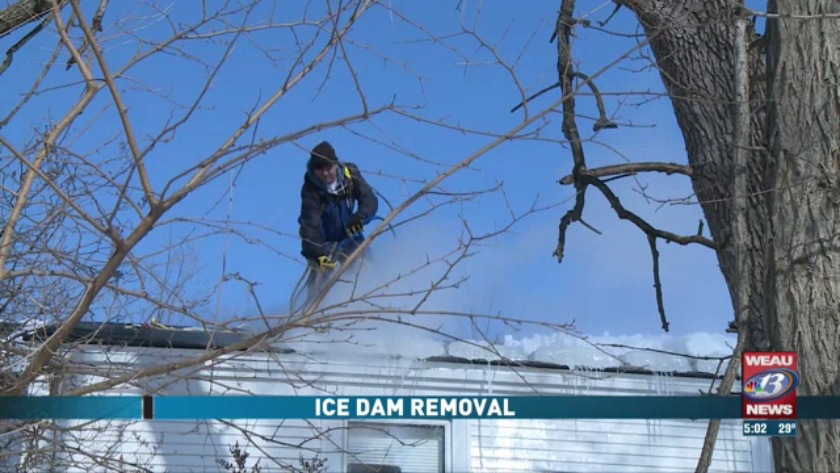 EAU CLAIRE, Wis. (WEAU) -- Homeowners in the Chippewa Valley are facing some troubles with the extreme winter weather. Ice dams are forming on the roof and causing damage to both the inside and outside of the homes.

As the snow piles up on your roof its best to get a roof rake and start getting all of the snow off your roof. If you are able to keep the roof clear from snow it will prevent it from melting and forming the ice dams. "The ice dams up on the end and then the water or snow melting of the rest of the roof can't go anywhere so it builds up and goes back behind the shingles,” said Jeff Rye, the owner of Chem Master.

But if there already is a bad buildup it might be time to call in the experts. Services that are clearing the ice dams are staying busy this week, including Chem Master in Eau Claire. Owner Jeff Rye says they have been working on homes and businesses to clear ice dams that are anywhere from a few inches high to a few feet high.

Experts say you shouldn't use a pressure washer or just chip off the ice with a pick or shovel. To safely clear the ice they spend several hours using a steamer to cut the ice into blocks and take it off the roof in sections. They are hoping to clean up the mess of ice before it is too late.

"When you've got water coming in your house, you start to get worried especially with all of the weight of the snow on the roof too,” said homeowner, Brian Hogan. He noticed water leaking into his home from the ice dams and called Chem Master to get them removed. “It's not cheap to have this done but it's especially not cheap to have to have water damage repaired,” Hogan added.

The ice dams can cause damage on both the outside and the inside of your home. "You will see water, maybe water spots on your ceiling, sometimes you will even see if eave where the weight is so heavy it will structurally collapse,” Rye said.

To prevent build up, its best to use a roof rake and keep snow clear from all vents near the roof but if it gets too bad it's time to call the professionals. The experts say they have cleared off roofs with ice dams anywhere from a few inches to a few feet.

"That's dangerous work, I wouldn't want to do,” Hogan said. They say steaming is the safest way for them to clear the ice dams and you should not use a pressure washer or chip away at the ice with a shovel.

Impeachment trial: Dems say oust Trump or he’ll betray again; ‘he is who he is’