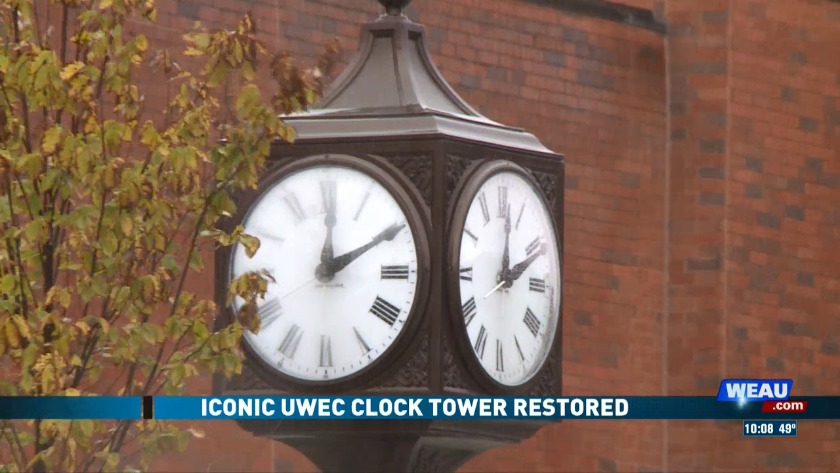 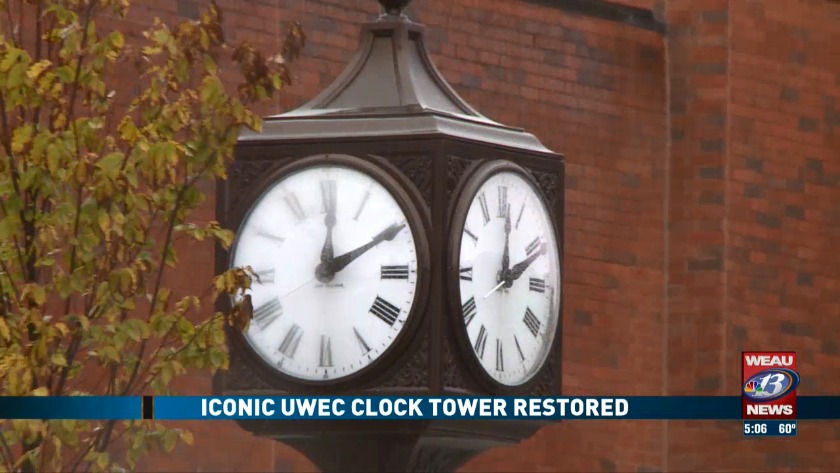 EAU CLAIRE, Wis. (WEAU) -- A historic clock missing from the UW- Eau Claire campus for seven years is back just past the newly installed archway by Hibbard Hall.

Assistant chancellor for facilities and university relations, Mike Rindo, says while the younger generations may not use an analog clock as often anymore, there is still an iconic vibe connected to the clock.

“There's something really iconic about those kinds of timepieces,” Rindo said. “The beauty of this one now, because it's digital, even though it has hands on its face, it will keep accurate time without having to worry about all of the mechanisms."

The iconic four-faced clock tower was first installed on campus in January of 1987, but has been moved several times due to construction projects.

"For the past several years the clock tower has not been visible,” said university archivist, Greg Kocken. “It has been tucked behind Philips hall as it kind of awaited the new mall area that we have now."

Kocken says the tower is a historical staple on campus and remembers it from when he was a student.

"I always remember the clock tower from when I was a student here in the mid 2000's,” he said. “I would walk past that clock tower to and from the Davies Student Center and Hibbard Hall where I had a lot of classes, and it just kind of became one of those places where it was at the very heart of campus life."

The reinstallation of the clock was included in the Garfield Avenue project, but it needed to be fixed first as all four faces told different times, and never the correct one.

"I was walking around the River Falls campus and took notice of their clock and said, huh, theirs works, I wonder if there would be any leads to be able to follow that would be able to get ours to work,” Rindo said.

Rindo says many alumni called over the past few years asking when the clock would be re-installed.
And according to them, the clock represents lots of campus memories.

He also says now that the clock works, it will be around for a long time.

"I think the clock has a new home and it will be there for the foreseeable future."