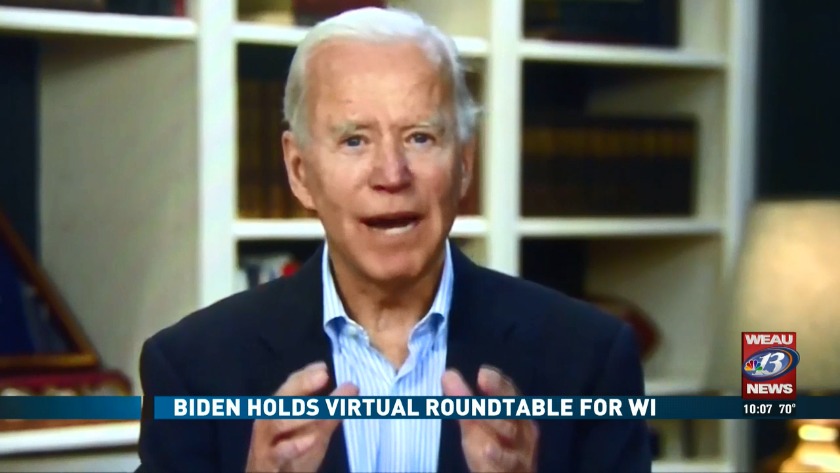 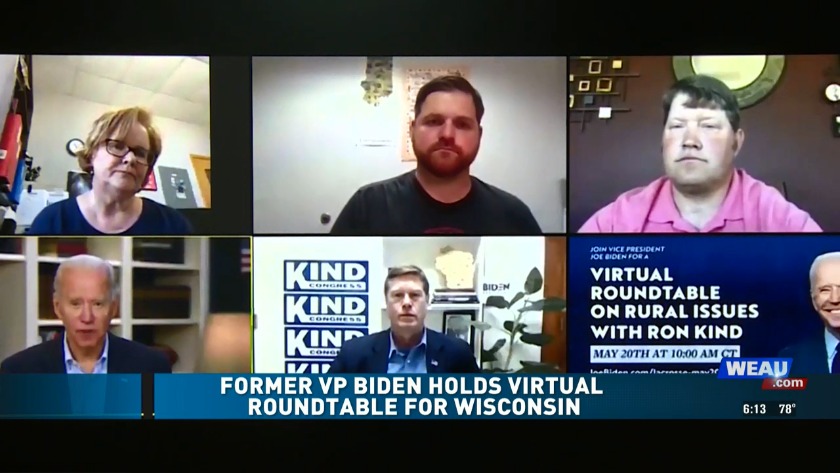 Rural community hardships were the main focus at the meeting, something panelists believe the pandemic has made worse.

Biden says President Trump has not responded correctly to the health crisis.

"COVID-19 is not his fault, failure to respond quickly is the big problem," Biden said. "It's called a lack of leadership."

One issue raised during the virtual round table is the difficulty small businesses face receiving loans and grants from federal relief plans.

If elected, Biden says he would appoint an Inspector General to ensure funds are spent fairly and transparently.

"Not one more penny should go to a Fortune 500 company, period," said Biden. "Not a single penny, they don't need it."

A local farmer also mentioned the struggles for agriculture with more than 800 dairy farms going out of business in 2019.

"I think it was about a year ago the President said dairy farmers are over the hump," said Darin Von Ruden, the Wisconsin Farmers Union president. "We are still losing over two dairy farms a day in the state of Wisconsin, so being over the hump really isn't here yet."

Biden is in support of the FEED act which would allow federal government to cover 100 percent of the cost of disaster-related expenses.

He says the act would allow restaurants to get paid to make meals for those in need during the pandemic.

"This is a win-win. It allows restaurants to stay open or re-open, it hires back their workers, it gives people going hungry access to meals, and it's good for farmers and ranchers because it means restaurants will be able to buy and prepare those meals," Biden said.

The presidential candidate is pushing for a $20 billion expansion on Broadband in rural areas to ensure access to the same opportunities as others, especially with TeleHealth services.

"Rural communities power our nation-- they feed our bodies, they fuel our engines, they are the stewards that protect our lands and we can not sustain an economy that extract value from them without ever sharing in the rewards," said Biden.

“Try as he might to pander to Wisconsinites from his basement, Joe Biden is incredibly out of touch with the needs of Wisconsin families. Wisconsin needs President Trump’s continued leadership in the White House to get us through the COVID-19 pandemic and back to prosperity. Joe Biden’s increasingly far-left agenda couldn’t be more wrong for Wisconsin. From Biden’s position on supporting the Green New Deal that would devastate Wisconsin farmers and manufacturers to his plans to launch a government takeover of healthcare that would force millions off their plans, Biden proves that he is out-of-touch with the people of Wisconsin,” said Chairman of the Republican Party of Wisconsin, Andrew Hitt.