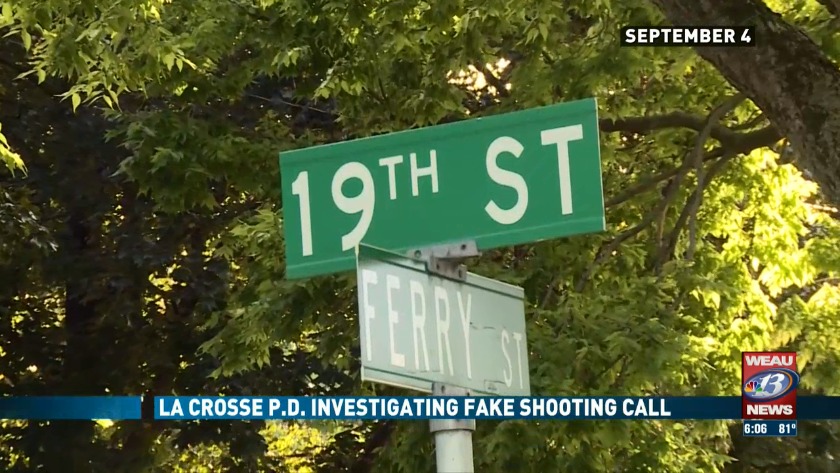 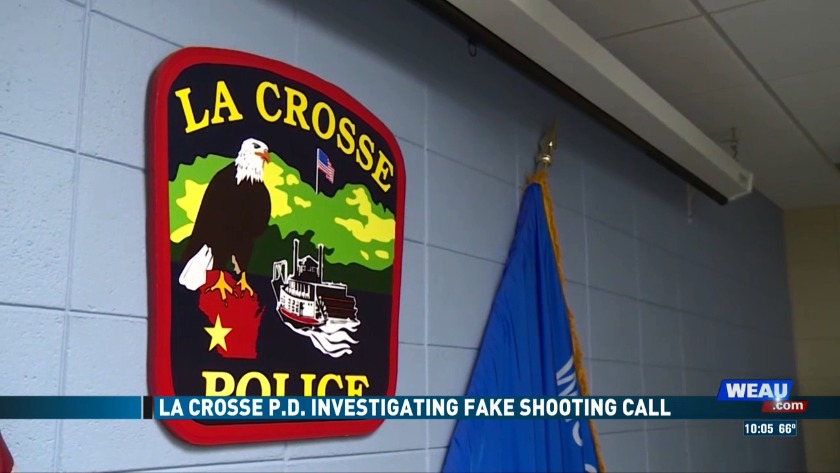 LA CROSSE, Wis. (WEAU)-- Last week the La Crosse Police Department says they responded to a 911 call where a man claimed to have shot his wife and another person.

However, it was later discovered that the phone call was fabricated, according to police.

Officers remained at the scene until everything was confirmed.

"Once we have all of those resources in the field, you don't want to pull them back in to find out that maybe there is an actual incident over in that neighborhood," said Captain Jason Melby of the La Crosse Police Department. "Maybe it was one house off and that we were just at the wrong residence."

While Melby says he would much rather have the situation turn out to be fake instead of a homicide, he also knows how much of an inconvenience it caused for others in La Crosse.

"Meanwhile we were blocking off traffic, cornering off the neighborhood, causing a significant disruption to people's lives and we had a couple of schools that we had to hold in place," Melby said.

According to the police, they still have investigators actively working on the case, but there is no update as to who made the call.

While Captain Melby can't comment on the charges the caller would face, he says it will be based off the investigation and made with the District Attorney's office.

Not only were officers at the scene for about two and a half hours, but the incident cost the city money and resources.

"To put all of those resources out there for something that's fabricated is tremendously difficult for a budget and for the rest of the city because it pulls the resources away from other areas where our officers may be working," said Melby.

"We will get somewhere in the area of maybe 70 a week of these accidental butt dials, where people are mishandling their phones and we still have to send an officer over to that area," said Melby. "[We have to] check the area where the cell phone towers may have pinged."

The police say the best thing to do if you accidentally dial 911 is to call them back and let them know there is no emergency.

Neillsville man found guilty of trespassing after BASE jumping

Neillsville man found guilty of trespassing after BASE jumping