Local Businesses look to cash in on Small Business Saturday 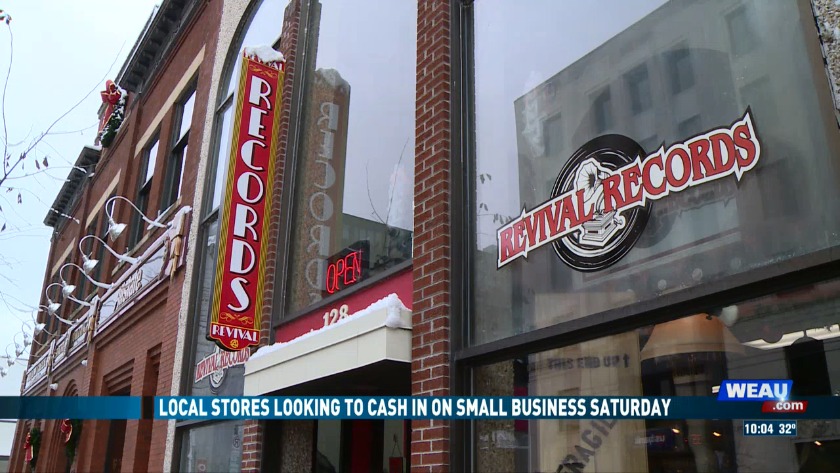 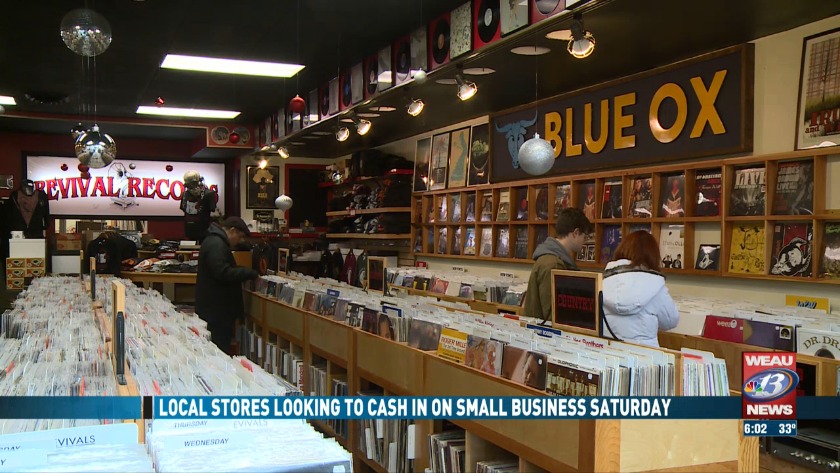 EAU CLAIRE, Wis. (WEAU) -- While Black Friday and Cyber Monday get a lot of attention, there's one day in between which shifts the spotlight away from the large stores.

Small Business Saturday helps promote local businesses throughout the city, especially in downtown and local business owners say they plan to offer plenty of deals and offers as tomorrow, is vital to their continued success.

The annual event, which began in 2010 by American Express, has local business owners thinking about how the community has contributed to their success.

"I think one of my favorite things about Eau Claire is nobody loves Eau Claire more than Eau Claire and you definitely see that on small business Saturday,” said Matt Pabich, owner of Raggedy Man Goods and Gifts. “It is amazing to see how many people come out to shop small."

Billy Siegel, owner of Revival Records in downtown Eau Claire, says it's great to see people show their support for the more-local businesses in the community.

"It is very nice to see customers I haven't seen in a long time and they will come in specifically to support the store and support local and it is really a humbling and gratifying thing to see,” Siegel said.

Lots of Eau Claire businesses will be participating in Small Business Saturday with most of them saying it's their biggest day of the year.

"This is our busiest say of the year, so we were certainly making a lot of product getting artists to bring in some new fun stuff,” said co-owner of Tangled Up in Hue Erin Klaus.

"Small business Saturday is amazing. It is by far the biggest day of the year for my shop,” Pabich said.

"This is one of my busiest weekends of the holiday season,” said Siegel.

And, with some stores opening up early Saturday morning, business owners hope that if it's like years past, they will receive an early holiday gift.

"Last year we had a line out the door for people to come in,” Klaus said.

Saturday, WEAU 13 News will catch up with shoppers at their favorite local stores and hear from them on whether or not they consider Small Business Saturday their major shopping day.