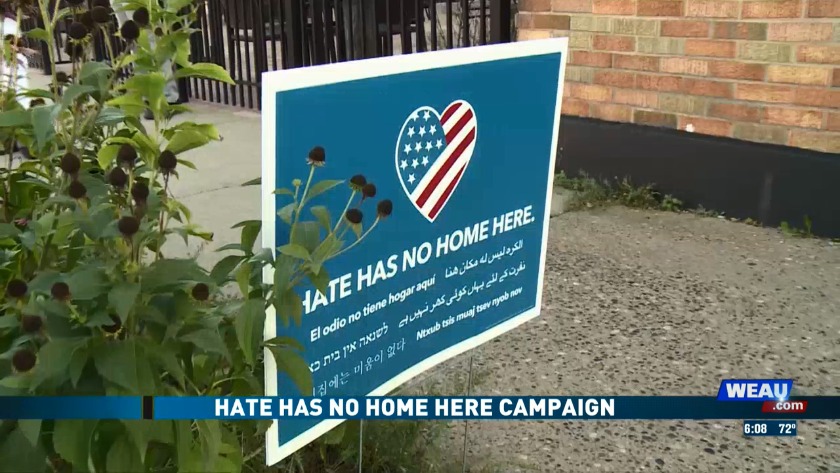 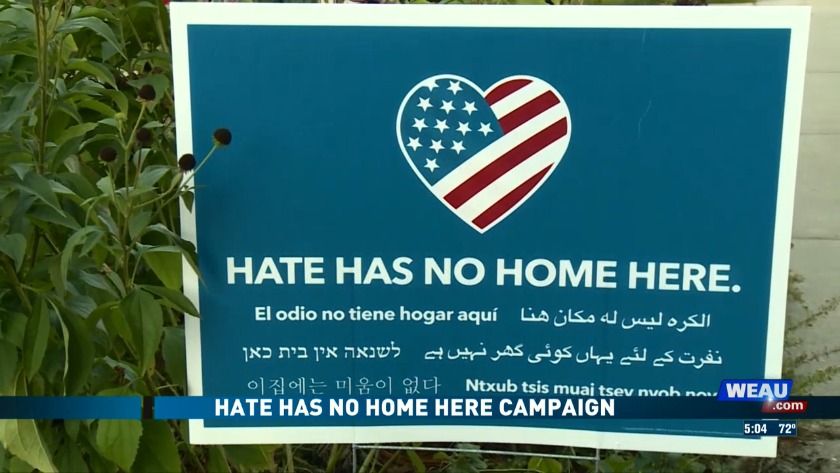 LA CROSSE, Wi. (WEAU)-- A local 'Hate Has No Home Here' campaign has started in La Crosse following many public displays of, what they call, racism and xenophobia in the city.

Earlier this year, a cab company had a racial slur spray painted on their garage door.

That incident wasn't isolated, with more hateful words spreading into the fall.

"Mid- August I was at Weigent park with my daughter and another South Asian woman and her children and somebody drove by in their car and shouted ‘No Muslims allowed,'" said Mahruq Khan, a La Crosse resident.

Khan says the incident caught her off guard as she has been living in La Crosse and never personally experienced anything like it.

She used the occurrence to start a conversation. Since then, the 'Hate Has No Home Here' campaign has been in full swing.

"It’s kind of easy to ignore that racism really does happen in La Crosse," said Josh Hertel, the campaign organizer. "We really do have rather hateful acts that happen in the community and it’s really important, particularly for us white members of the community, to stand up and say this is not acceptable."

The campaign works to raise funds to buy lawn signs. So far, over 400 signs have been purchased and they've started making window clings as well.

They know the signs won't end the problem, but want to use them to show solidarity.

"It’s also a way to get people talking about what is going on in the community, really be a conversation starter," Hertel said.

The signs aren't just displayed in neighborhoods, but also local businesses and churches.

While recent hate incidents have been unsettling, Khan says it has been amazing to see the way the community has come together to show support for the campaign.

"We’ve been able to also experience how many people have wanted to come out and participate in this lawn sign campaign to foster a safer feeling among all residents of La Crosse," Khan said.

Campaign organizers urge residents to get to know their neighbors and to educate themselves on what is going on in the community.