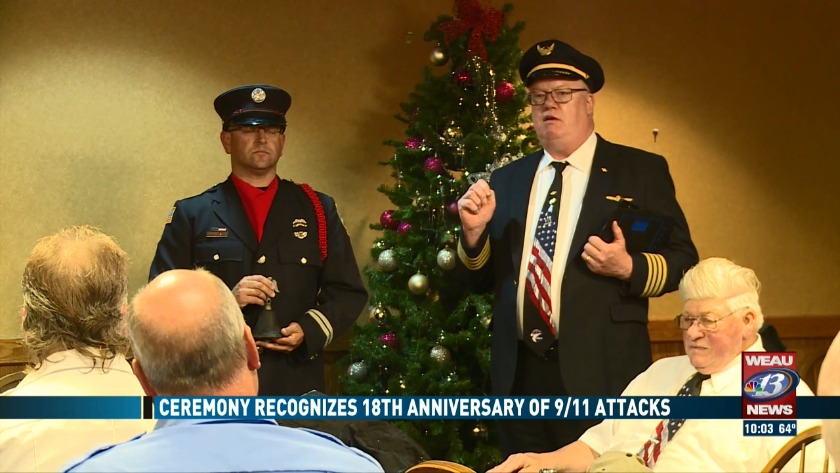 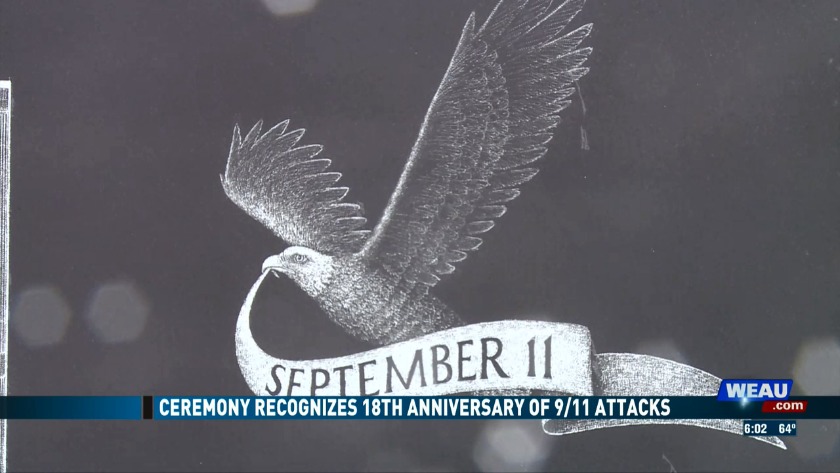 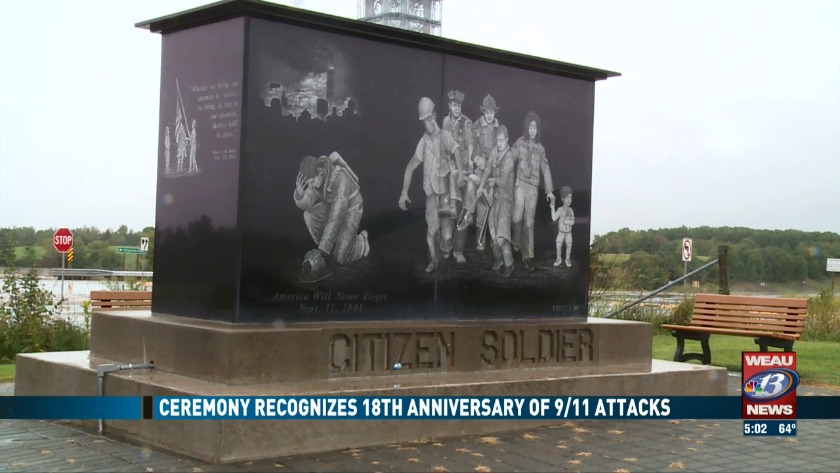 CADOTT, Wis. (WEAU) -- On Wednesday, the nation remembered those who lost their lives in the September 11th attacks, and if you ask most people, they can remember just where they were when the first plane hit the Twin Towers in New York.

For local pilot Jim Anderson, it was also the day he lost his friends and co-workers who were on the planes.

On September 11, 2001, the world stopped for millions of Americans after two planes hit the World Trade Center in New York.

Shortly after, another plane hit the pentagon, and later a plane crashed in Shanksville, Pennsylvania.

On Wednesday, a ceremony was held in Cadott to honor those that lost their lives in the tragic attack.

At the ceremony, a bell was rung at the exact time that each plane hit the towers in 2001.

"At 7:46 a.m., we ring the first bell, that's when the plane hit the first tower,” said ceremony organizer, Larry Buttke.

For local pilot Jim Anderson, it was also the day he lost his friends and co-workers who were on the planes.

"Today is a very important day for me because I get to pay tribute an honor my friend and my fellow colleagues that died 18 years ago in airplane crashes in New York City, The Pentagon, and in Shanksville,” Anderson said.

Anderson, who is from Augusta, said it is also important to remember the sacrifice of the first responders that helped save countless lives.

"Those are the people that ran into the building selflessly and sacrificed their own lives,” he said. “In the Chippewa Valley, it is a day to remember our heroes. Our heroes here are the firefighters, the policemen, the EMTs, those are our first responders."

The common theme amongst those that attended is that they all remember where they were when the first plane struck the twin towers.

"I was at home after taking my kids to school and my wife called me and said that the airplane had hit the world tower,” Anderson said. “When the second airplane hit, I knew it was a united airplane and I immediately looked up the names of the pilots and it was my friend and classmate."

"When the first plane hit, I was driving school bus for Cadott schools and we were in the bus garage having a cup of coffee,” Buttke said. “After we got the kids in the school, it came on to the TV with the first plane. The whole day just seemed like it was a dark day."

Those who attended the event say that it is important that people remember what happened September 11, 2001 and that is why they have held this event for the past four years.

They also said to remember the work that our first responders do every day in service to the community.