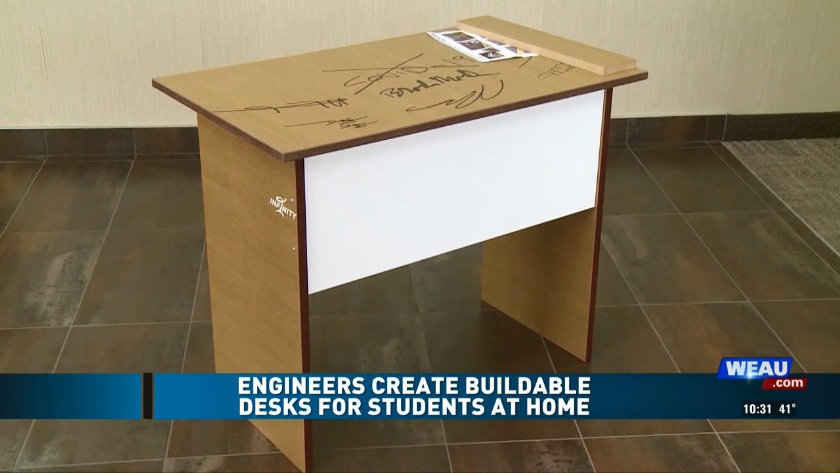 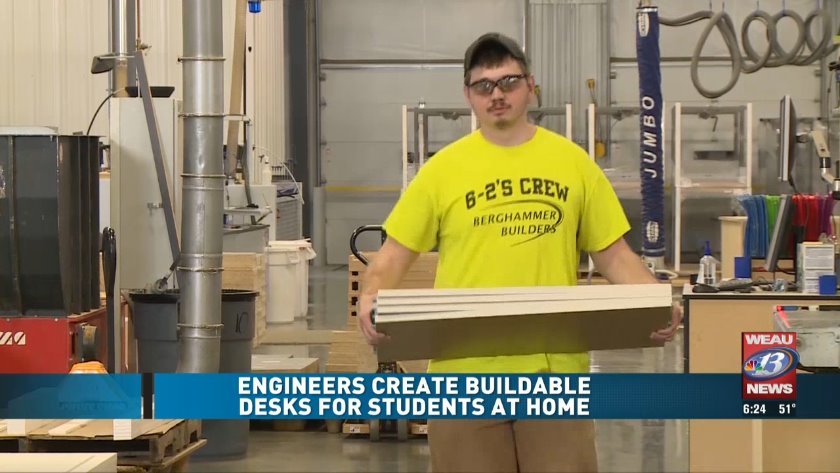 TURTLE LAKE, Wis. (WEAU) -- All Wisconsin schools are closed due to COVID-19, and some schools have switched to online learning for the rest of the school year. Many families are struggling to adapt to this new lifestyle. A local company is stepping up to make free desks for students to use at home.

Infinity Retail Services in Barron County is taking advantage of their resources to help the community. CEO Kevin Jansen says they have been using leftover and current material to make the desks. He also says they are reaching out to local schools, while they make hundreds of free desks.

"They're not all packaged yet, but by the end of the day we'll probably have about 150 to 200 completed and by tomorrow morning close to 300," said Jansen.

Engineer Brock Molls says he has seen families struggling to do at-home learning with the schools being closed.

"Quite a few of my friends have kids that are home with them. Three of them are on the couch or one was on the floor because only two could fit at the table."

All employees at Infinity Retail Services are pitching in to make the desks through an assembly line. Jansen says the desks are packaged into four pieces that fit together easily.

"Really the only tool you need is a screwdriver and a hammer."

Molls says they want students to make the desks their own and get back that sense of normalcy.

"We put the stickers on their thinking it'll inspire the kids to throw their own stickers or drawings or do whatever they want to them."

The desks can be assembled in less than 10 minutes and it all sparked from an idea just yesterday.

"I saw the news article and I figured that's something we can do to help out locally," said Molls.

Jansen says he hopes that what they're doing not only benefits many people, but to also inspire other businesses along the way.

"Perhaps this can bleed into other companies that do similar product line as we do."

Anyone is able to pick up a free desk at Infinity Retail Services on Western Blvd. in Turtle Lake. The company plans to keep making the desks as long as there is a need.

Local nurse: wearing gloves may not prevent spread of COVID-19

The Ride Jam offering sanitized taxi to the Chippewa Valley

Local nurse: wearing gloves may not prevent spread of COVID-19

The Ride Jam offering sanitized taxi to the Chippewa Valley