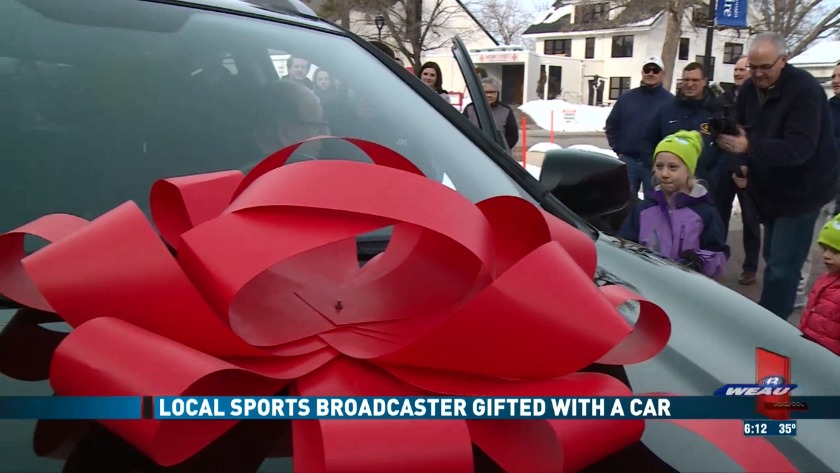 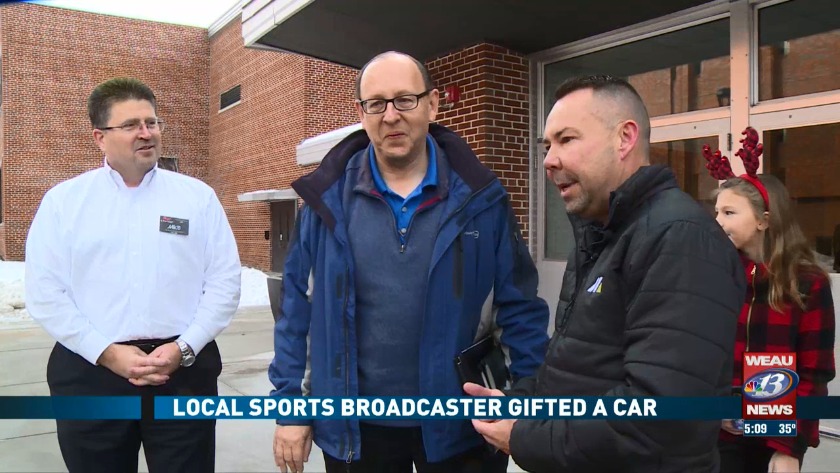 After months of unreliable transportation, Monday Dave Hanson was gifted with a car. The giveaway was made possible by Morrie's Mazda as part of its annual “60 Days of Giving” promotion. Hanson was nominated by Dan Schumacher, the Director of Athletics at UW-Eau Claire. Schumacher describes Dave as a “selfless and humble man”.

He served as the guardian for Special Olympian Billy Noss for more than 20 years. Dave drove Billy where ever he needed to go up until Billy's passing last year. He even paid for Billy's funeral, continues to give back to the community, and is currently caring for his mother. "When we found out that his car was broke down, he was at the point where he was taking Uber and walking to games and we're like this is somebody who's done so much for the community. He deserves something back," said Bill Bertrand, General Manager at Morrie’s Chippewa Valley Mazda.

"This car will help get me around to various things...my mother is 91 and I can take her to places doctor appointments, various things like that we haven’t been able to do," said Hanson. He says his new car will help get him around to games and will be a big help. Dave will also get free gas for a year. The giveaway was a complete surprise to Dave who says the first place he's driving in his new car is home to show his mother.