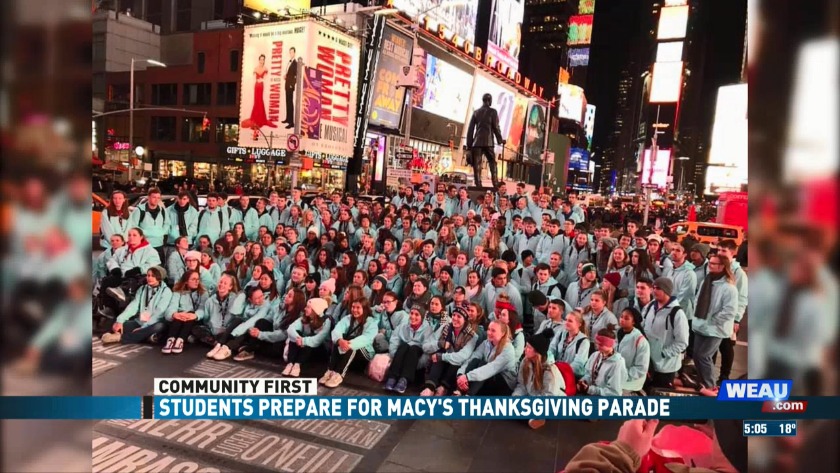 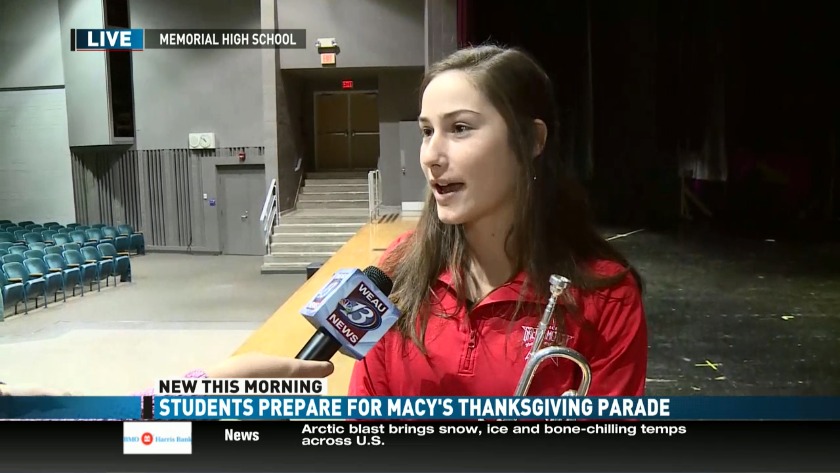 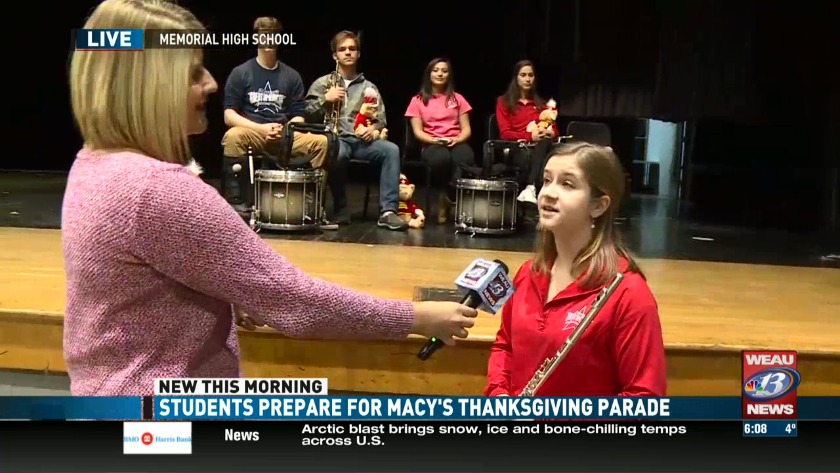 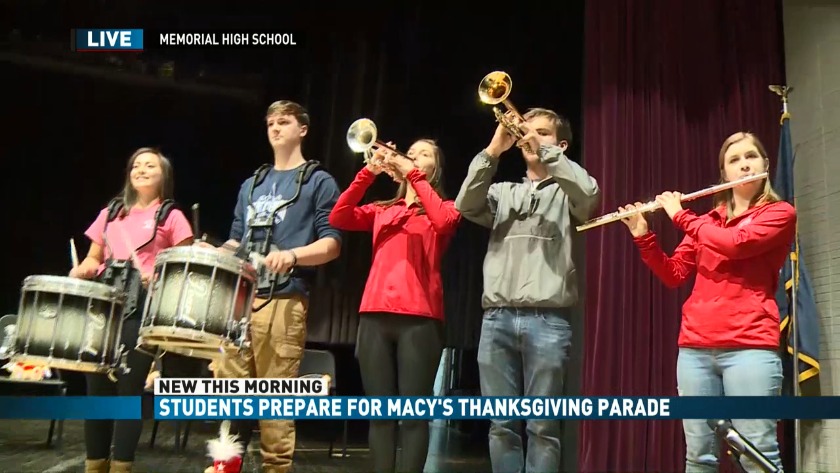 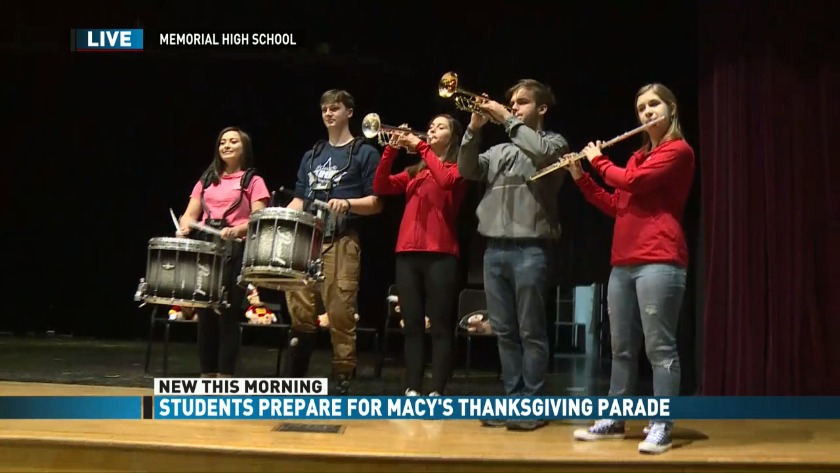 EAU CLAIRE, Wis. (WEAU) -- For many, a Thanksgiving tradition is watching the Macy's Thanksgiving Day parade in New York City. But this year if you plan on watching the parade, you will want to keep an eye out for some local talent.

A group of local high school students will be heading to New York to march in this year's parade. Five band students from Memorial High School will be spending the Thanksgiving holiday in New York City, marching in the Macy’s Thanksgiving Day parade.

The students auditioned and were selected to be a part of honor band made up of 235 students from across the country.

The group leaves for New York on November 22 for a week long of rehearsals and exploring the city. If you would like to make a donation for the students’ trip click here.