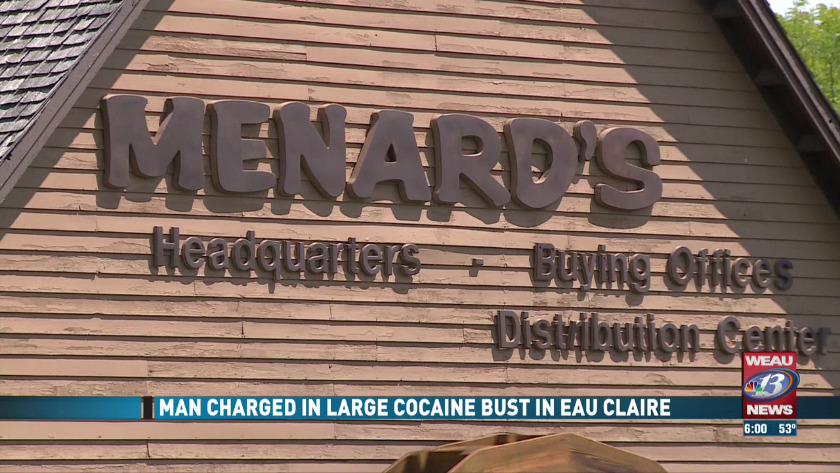 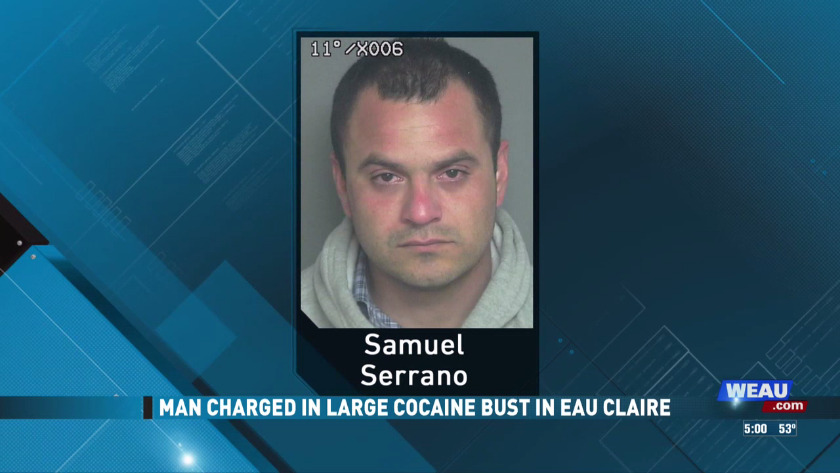 EAU CLAIRE, Wis. (WEAU) -- The Eau Claire County Sheriff's Department says a California man is in custody for the biggest cocaine bust investigators have ever seen in our area.

The complaint says on April 10th police were called to the Menards Distribution Center in Eau Claire where employees found suspicious items in a semi-trailer.

After examining the bags police found 68-pounds of cocaine totaling an estimated $3 million in street value.

The driver of the trailer was identified as Samuel Serrano from California.

Serrano has been charged with possession with intent to deliver cocaine and possession of drug paraphernalia.

“This is the single largest seizure for us, actually,” he explained. “When we see a kilo of cocaine that's unusual for us here in Wisconsin but to see 65 pounds is highly unusual.”

The department also says Menards has no connection to the case and reported the incident to law enforcement right away.

The DEA does know where the load was destined to go but are not releasing that information at this time.

However, where exactly the load came from is still under investigation.