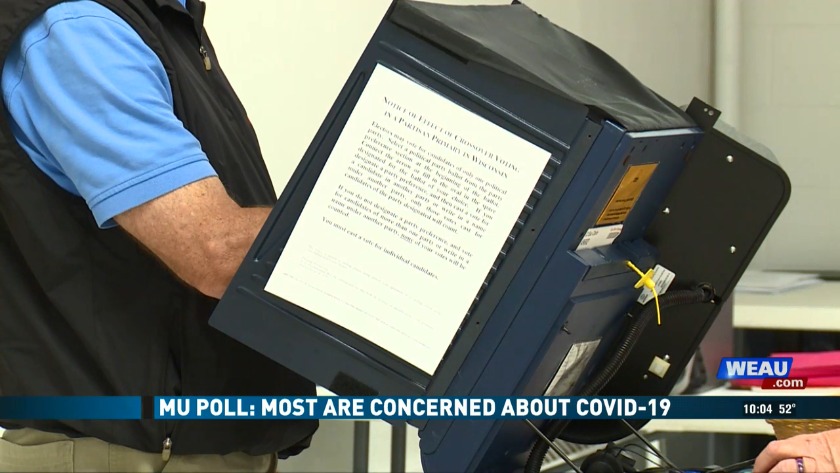 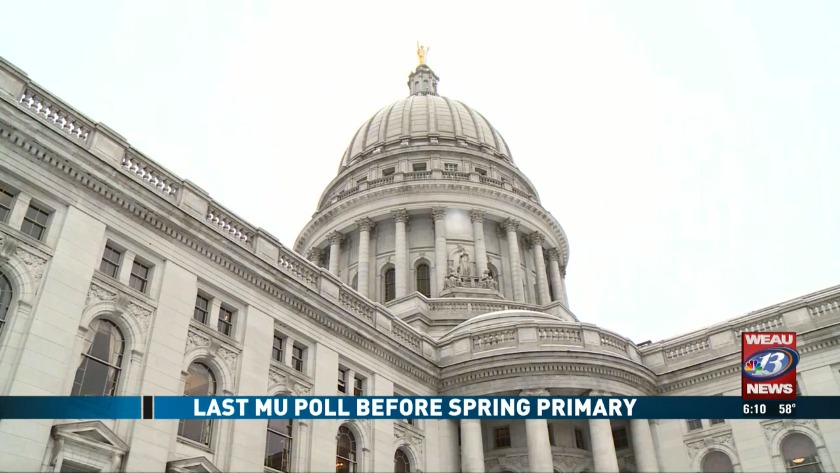 EAU CLAIRE, Wis. (WEAU) -- Usually with less than a week before a spring primary election in a presidential election year, western Wisconsin is expecting to be flooded with campaign ads and candidates.

But the streets throughout the state, and nation, are quiet because of COVID-19.

The latest Marquette Law School poll took a look at how Wisconsinites are feeling about the pandemic.

86 percent of poll takers feel closing schools and businesses were appropriate, while 10 percent feel it was an overreaction.

"Support for the actions the state is taking is at a level that we simply don't see in almost any other issue. And Tony Evers has really benefited from that, with a 76 percent approval rating for how he's handled the epidemic," said Marquette Law School Poll Director Dr. Charles Franklin.

85 percent say that their lives have been disrupted some or a lot by the pandemic.

While 51 percent say them or somebody in their family has had their work hours reduced, and 93 percent saying they are somewhat or very concerned about the COVID-19 pandemic in the U.S.

"We have the twin mechanisms at the same time, of a declining economy which will inflict real pain on a tremendous amount of people. But at the same time the likelihood of rising illnesses and mortality," said Franklin.

This latest Marquette Law poll was the final edition released before the scheduled spring primary.

While many states have pushed their respective primaries later in the year due to COVID-19, Wisconsinites are split on whether to still hold the election on Tuesday.

"There are reasons to keep it which includes all the municipal offices that we are electing that run the risk of going vacant if we haven't held an election. And that legislative action might be required to move the election, and there's certainly no evidence that that's about to happen," explained Franklin.

Former police officer on relationship between police and community

Risks of protesting amid COVID-19 pandemic

Former police officer on relationship between police and community

Risks of protesting amid COVID-19 pandemic