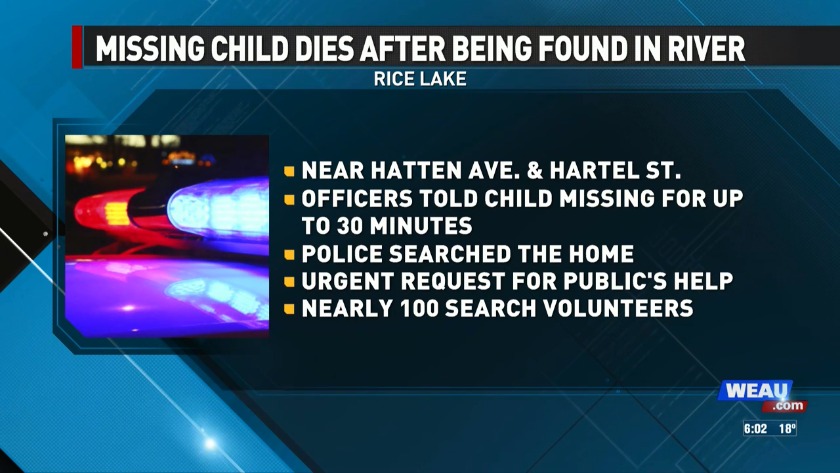 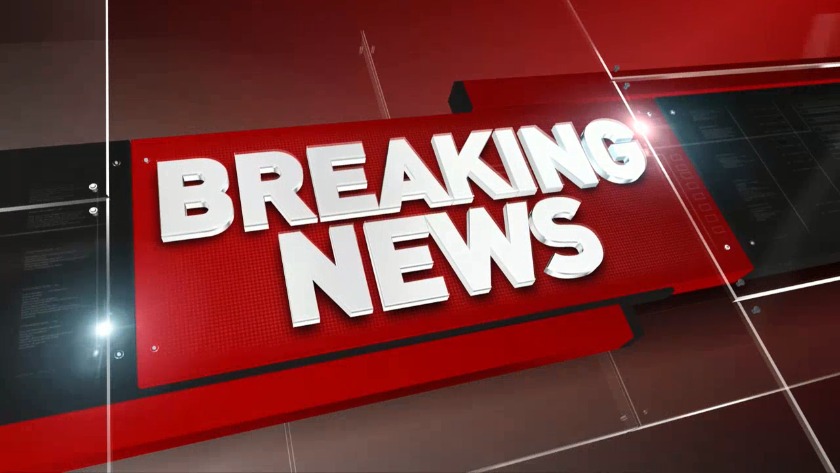 RICE LAKE, Wis. (WEAU) - The search for a missing Rice Lake toddler ended tragically Sunday after the child was found unresponsive.
Police have not identified the child but say the two year-old little girl was found just before 11pm Sunday in the Red Cedar River.

The child was first reported missing around 9:30PM and pronounced dead a few hours later.

Police say a footprint was found near the river that looked like someone had slipped in. Officers then used thermal imaging tools which showed a heat source near some branches in the river. Authorities believe she was alone.

Before the search came to an end, officers were first told the child could have been missing for up to 30 minutes. Authorities found the door in the home open and immediately searched to make sure the child wasn't hiding before quickly putting out an urgent request for the public's help. Nearly 100 volunteers showed up to search the area near Hatten Avenue and Hartel Street.

"The child got out of the house and was barefoot walking and it would have been about two city blocks to where the river is. I don’t know if she could hear the water flowing or what her interest of going in that direction was but unfortunately she took that route and we ended up with the worst possible outcome we could possibly imagine," said Rice Lake Police Captain Tracy Hom.

Officials say they are still investigating but that foul play is not suspected. The police department says strong volunteer response helped to quickly put an end to the search but unfortunately not the way they would have hoped.


A 2-year-old girl has been found dead, after she was reported missing late Sunday night.

The Rice Lake Police Department says officers were first called to a home in the city around 9:30 p.m., where the caller told them the front door was open and the child could have been missing for up to 30 minutes.

Officers immediately began a search and put out an urgent request for help on Facebook for area residents to search the area of Hatten Avenue and Hartel Street.

K9 units and a drone were also deployed in an attempt to find the child. Then, at 10:55 p.m., an officer using a thermal imaging tool found the child unresponsive in the Red Cedar River. The child was quickly rushed to a nearby ambulance and taken to a hospital where lifesaving attempts were unsuccessful.

The name of the child has not been released yet.
We will continue to update this story, as we gather more information.