EAU CLAIRE, Wis. (WEAU) After a mild weekend for December standards, the weather is about to take a major turn towards winter. It's been dry for the last week or so, but the next low pressure system will be sliding to our south Monday. The main area of precipitation will be arriving sometime in the mid-morning hours when primarily snow is expected, but before this we may see areas of freezing drizzle. The snow will then make for some messy driving into the afternoon before it exits as the storm quickly heads for the Great Lakes. Winter weather advisories will be in effect for most of our area for the impacts and hazards to travel, ranging from light icing to accumulating snow. It will be a day to drop the speed, be extra alert, and use caution on the roads! 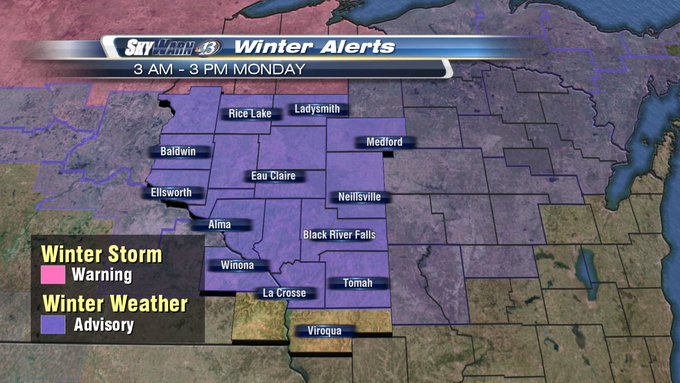 TIMING: Freezing drizzle is possible from prior to daybreak through the mid-morning hours. Thereafter, snow will take hold and continue through the mid-afternoon before moving out to the east. A few flurries may linger into the early evening.

ACCUMULATIONS: Any possible icing will be very light but may be just enough to add a glaze to some roads Monday morning. Snowfall will be light to moderate with a few heavier periods possible from late morning through early afternoon. Amounts will range from an inch or two in the vicinity of I-90, to 2-4" in the Eau Claire area. Higher amounts will be found further north, with some places possibly picking up more than 6" north of highway 8. 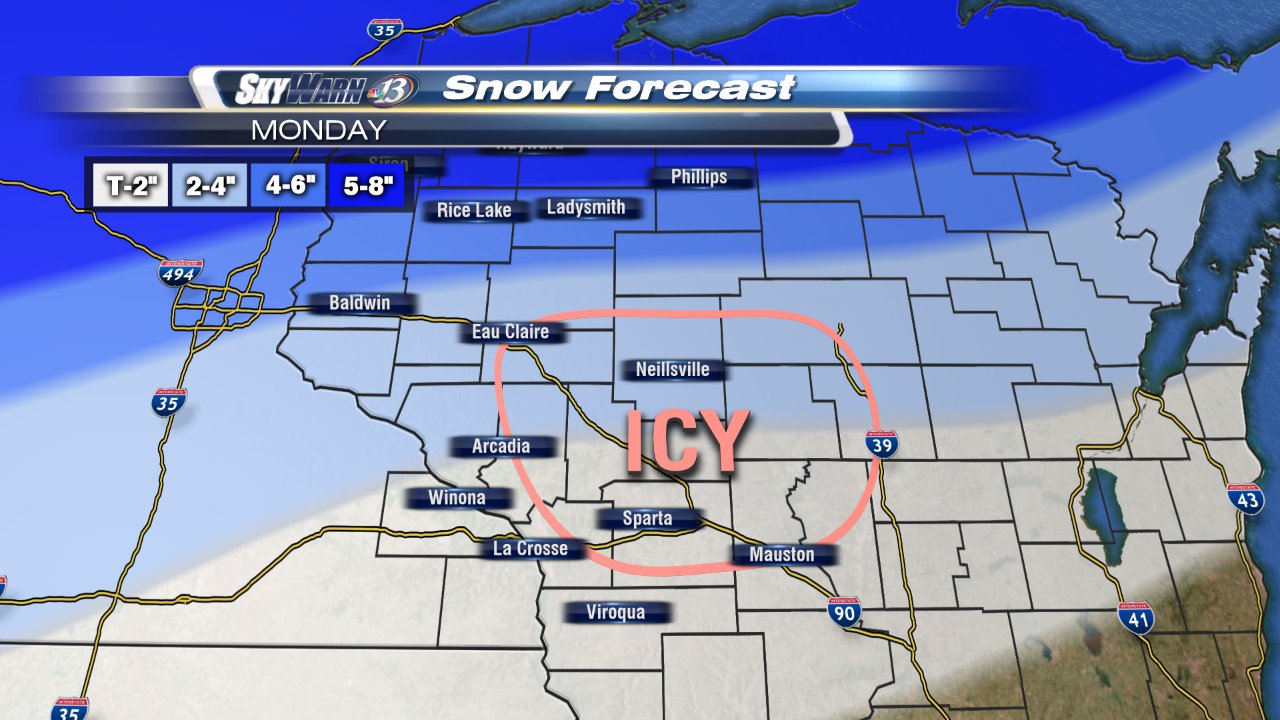 IMPACTS: Though expected to be scattered, light icing will be possible before any snow arrives by later Monday morning. Temperatures will be close to freezing early on Monday but will be dropping through the day as colder air arrives from the northwest. This will be most noticeable in the afternoon when northwest breezes also take hold. If you do see any icing, roads will then be further challenged by accumulating snow while bringing varying accumulations to our area. Though primary roads should be quick to recover with plowing and treatment, secondary and residential areas will likely continue to be slick well after the snow exits. Keep in mind much colder air will follow, making for challenging clean up through mid-week as temperatures dip down into the single digits during the day and below zero at night.