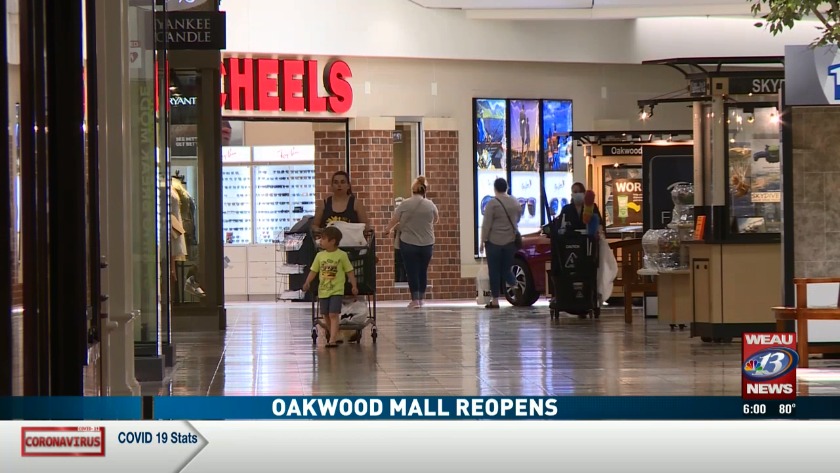 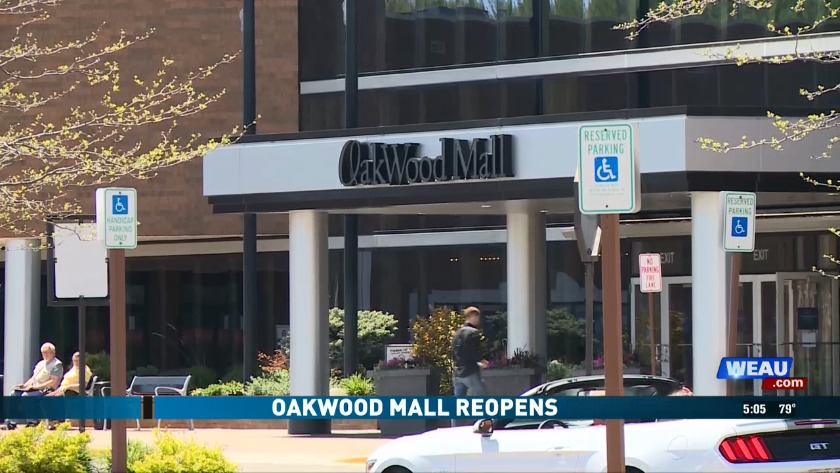 EAU CLAIRE, Wis. (WEAU) -- Many local businesses closed due to COVID-19, but some are starting to re-open after the extension of the 'Safer at Home' order was struck down one week ago. Cash registers are ringing again as Oakwood Mall in Eau Claire re-opened Wednesday morning after being closed since March.

Many shoppers are excited about being back and say they wanted to come check out the mall after not being able to for a couple months.

"We had to be one of the first ones back," said Gilbert Adank of Fall Creek.

Although many customers were excited to be back at the mall, some aren't too happy with the new changes.

"I thought that more things were going to be open, a lot more things," said Kylie Armstrong of Chippewa Falls.

Armstrong says some of her family members drove a couple hours to get shopping done at Oakwood Mall, but are not impressed with the lack of stores being open.

According to Oakwood Mall, about 14 retail stores are currently open and some are still in the process of re-opening. A few big name stores like Victoria's Secret, Bath and Body Works and Old Navy were not open on Wednesday.

Other shoppers say they don't mind the changes being made at Oakwood Mall.

"I mean it's just business," said Bryan Tran of Eau Claire. "People pick and choose whether they want to open or not. It's just all in their own preference."

"I mean pretty much everywhere things are just slowly creeping back and I understand it and I get it," said Michael Lockemy of Augusta.

While Oakwood Mall has cleaning and safety guidelines in place throughout the mall, some customers think more should be done.

"I'm surprised at Scheels they're not wearing masks," said Watemphul. "I figured that would be mandatory because it's kind of mandatory everywhere you go as a precaution."

"I know it would cost a lot of money, but they could have at the doorways people taking temperatures when they come in like other businesses do, " said Adank.

Some shoppers at Oakwood Mall say they are still worried about the risk of getting COVID-19, even though many businesses are starting to open up. But they also say they are still practicing social distancing and enjoying being out of the house.

"I just try and keep my distance," said Lockemy.

"It's just keep your distance," said Tran. "If you choose to come out without a mask it's cool."

"I'm just glad that we're not like some of the bigger states where it's mandatory," said Adank. "You don't dare step out of your house."

Oakwood Mall is reopening Wednesday, May 20.

The mall says the food court will be reopening with adjusted seating to comply with social distancing orders. Food court tenants are encouraged to continue carryout and takeout services.