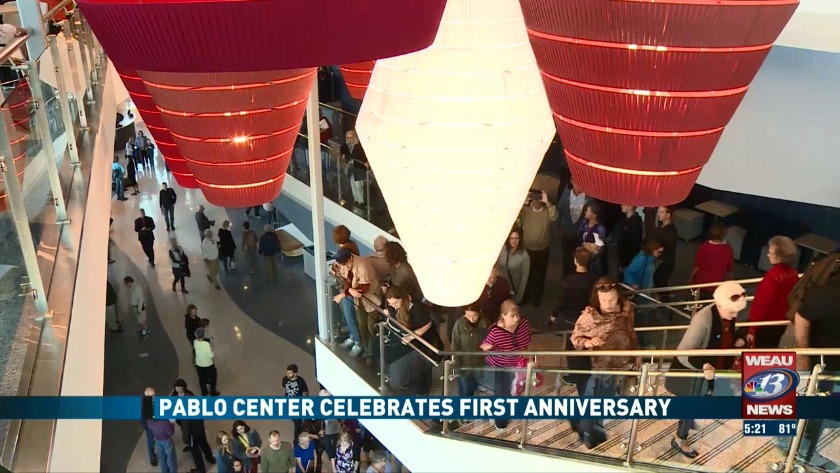 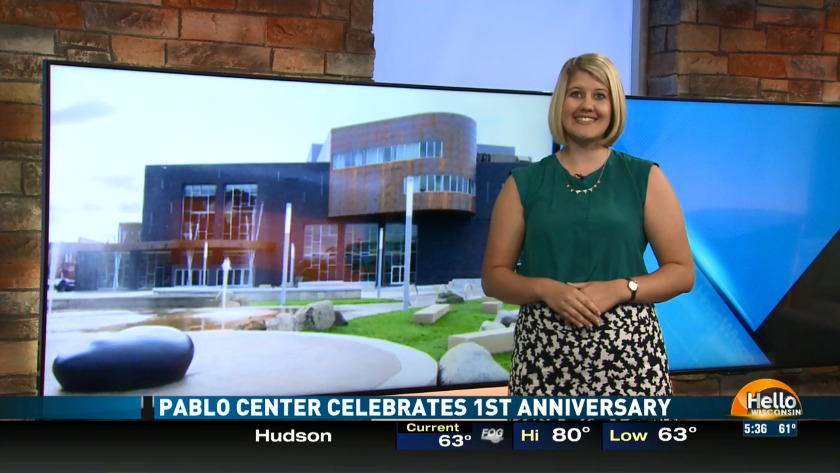 EAU CLAIRE, Wis. (WEAU) -- After more than a decade of planning and years of construction, the Pablo Center at the Confluence opened its doors last fall. This week, the Pablo Center is celebrating its one year anniversary of bringing art and entertainment to the Chippewa Valley.

On September 22, 2018, the ribbon was cut and Pablo Center was open to the public. "Just a year ago, being inundated by 8,000 guests that came through the building that very first day,” said Jason Jon Anderson, executive director.

And it's been busy ever since the grand opening. "We've hosted 238 performances in the last year,” Anderson said. Those performances were seen by nearly 80,000 unique guests from all over the region and 60 percent of those visitors were from right here in the Chippewa Valley.

"We really did the impossible,” said Monica Frederick, the development director. The Pablo Center turned a profit during the first year, which is something that was not projected to happen until year three. "I believe with all of the research that was done, it seemed that we wouldn't make a profit, we weren't expected to but we did because we had so many visitors come into the building,” Frederick said.

The staff says the first year went well financially but there is still work to be done. “Every dollar that comes in helps us pay down the interest and principal on the remaining 7% of the loan that we have outstanding which is $7.2 million,” Anderson said. “That sounds like a lot but when we look at the grand scheme we are literally percentage points away from having the entire building paid for."

But they are proving the point, if you build it they will come. "From an operation stand point we look very strong and we are projected to have an even more successful year than we did last year,” Anderson added.

During the first year, the majority of the guests were brand new visitors. "It will be interesting to see, can we start to shrink that number over our second year, are we going to start to see more repeat business,” Anderson said. With more than 250 performances scheduled for year two at the Pablo Center they are not slowing down anytime soon. "We feel like we have delivered, we've grown, we've listened, we've learned, we've modified and we've come out better for the joint experience we've all shared,” Anderson said.

The Pablo Center will be celebrating its one year anniversary with an open house on Saturday from 10 a.m. to 5 pm. During that time all of the theaters and art galleries will be open for anyone to come and check out.