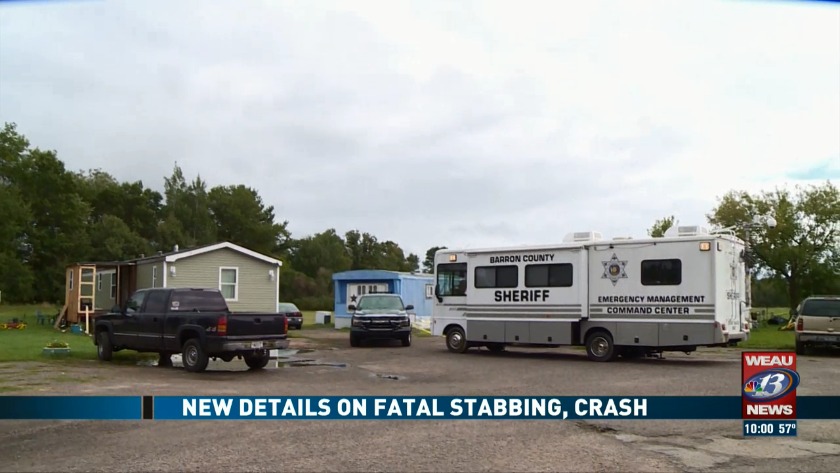 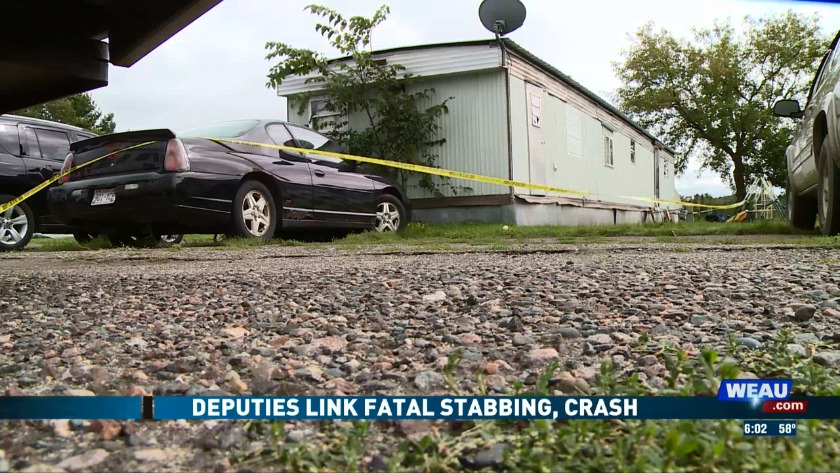 BARRON COUNTY, Wis. (WEAU) – Thursday just before 6 a.m. the Barron County Sheriff's Department responded to a call of a car crash involving a car and a dump truck on Highway 8.

21-year-old Eldon Jackson died at the scene of the crash, and the driver of the dump truck was taken to a local hospital with non-life threatening injuries.

"They have some previous history together and Mr. Jackson was driving Audra's car," he explained.

Investigations are still looking at a possible motive as well as an exact time of the stabbing.

Fitzgerald says the Sheriff's Department and Cameron Police have had contact with Jackson in the past, and have also been called to the mobile home.

"This isn't the first time they've heard something like this, but anytime it happens in your neighborhood you're always shocked. But again Chief Lynch and I want to reassure everyone there is no danger to the public, we're not actively looking for any suspects in this case or anything like that," said Fitzgerald.

For Poppe's friends, they say they were shocked when they heard the news and say the community has lost a great person.

"She was like a daughter to me, very beautiful girl. I know she's at peace, we're just so sad this happened. Sad for the family, sad for everybody who knew her. It will be a sad place without her," said Terry Kahl.

The investigation is still ongoing, and the medical examiner is conducting autopsies on both Jackson and Poppe.

Barron County Sheriff’s Department says the cases of the Cameron stabbing and the Barron County Highway 8 seem to be related.

Sheriff Chris Fitzgerald says there was a 911 call Thursday around 5:47 a.m. of a car and dump truck crash on Highway 8 west of Barron where they found car driven by 21-year-old Eldon Jackson of Cameron had crossed the center line and hit a dump truck driven by 52-year-old Robert Tourville of Prairie Farm.

Jackson was pronounced dead at the scene and officials say Tourville was taken to Mayo Hospital with non-life threatening injuries.

This crash caused the highway to be closed for more than four hours.

Barron County Sheriff’s Department then received a 911 call Thursday around 10:51 a.m. from 800 South Limits #23 where there were reports of a female who may have died from stab wounds.

Officials say the trailer where 22-year-old Audra Poppe of Rice Lake was found dead, is the trailer where Eldon Jackson lived, who was killed earlier that Thursday morning. Nobody else was located inside the mobile home.

Jackson was also driving Poppe’s vehicle at the time of the crash, according to law enforcement.

Barron County Sheriff’s Department says there is no danger to the public and they are not looking for any suspects regarding the cases.