EAU CLAIRE, Wis. (WEAU) Snow developed early this morning and has been falling heavy at times. We have been seeing snowfall rates of 1-2" per hour in some places, especially south of Eau Claire, where several inches have already accumulated. Low pressure is passing to our south and will quickly move out to the east this afternoon, bringing an end to the snow and gradual improvements to driving conditions.

WEATHER ALERTS: Much of the area from Eau Claire on south remains in a winter storm warning until 2pm this afternoon. 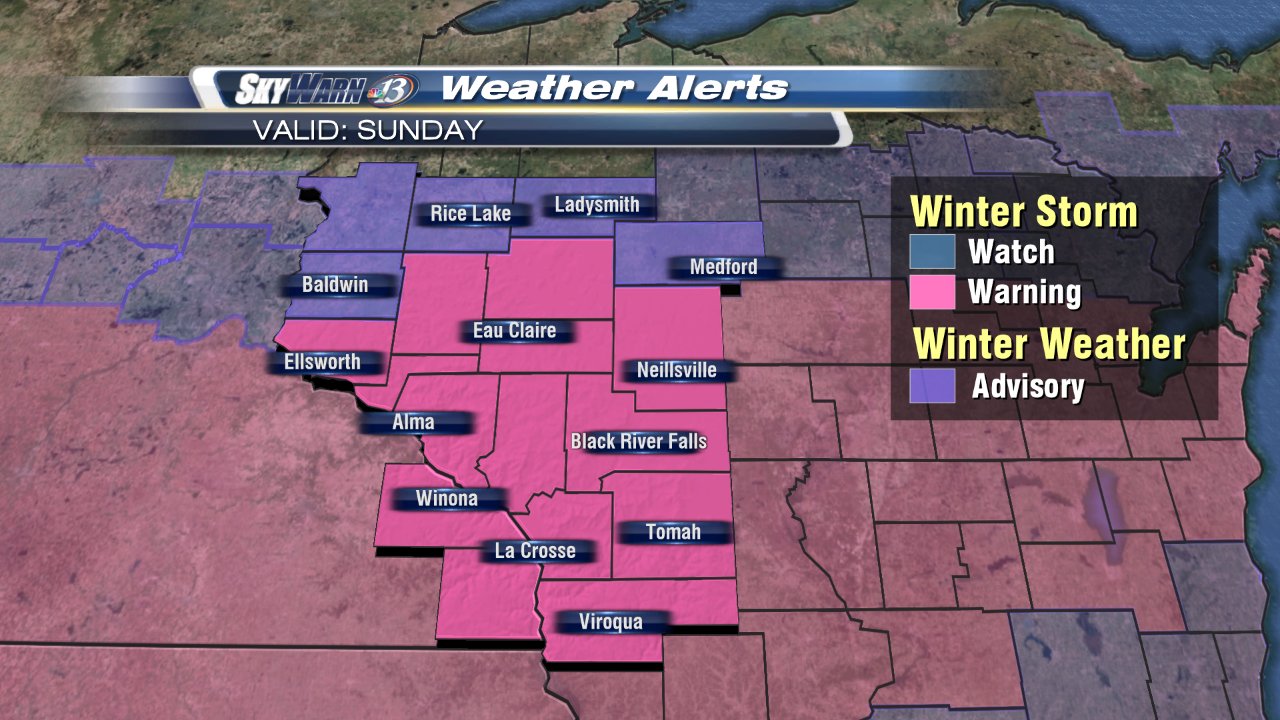 TIMING: Snow will begin to taper off between 12-2pm this afternoon from west to east across our area. By late this afternoon we may see some clearing.

SNOWFALL: Any bands of heavy snow will be exiting by around the noon hour with lighter snow remaining possible into the early afternoon. We have already seen reports of at least 4-7" in counties south of Eau Claire, with the highest accumulations so far around the La Crosse area. Another 1-3" can be expected before the snow ends. 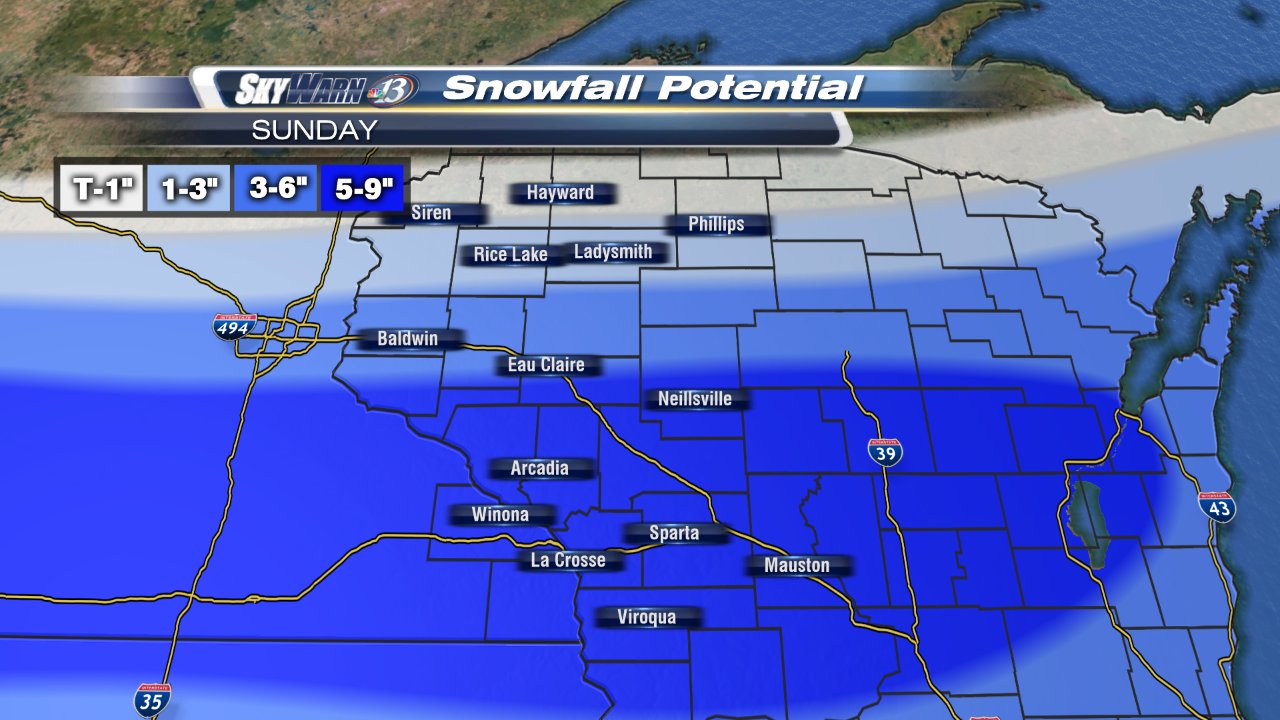 IMPACTS: Winds remain light so any blowing and drifting has been minimal. Expect difficult travel on the roads while the snow remains moderate to heavy, but once it begins to taper off early this afternoon, conditions will gradually improve as plowing and sanding continues on area roads and interstates.

Follow us on social media or on our SkyWarn 13 weather app for more information on this winter storm.