Residents upset at plans for roundabout on State St. 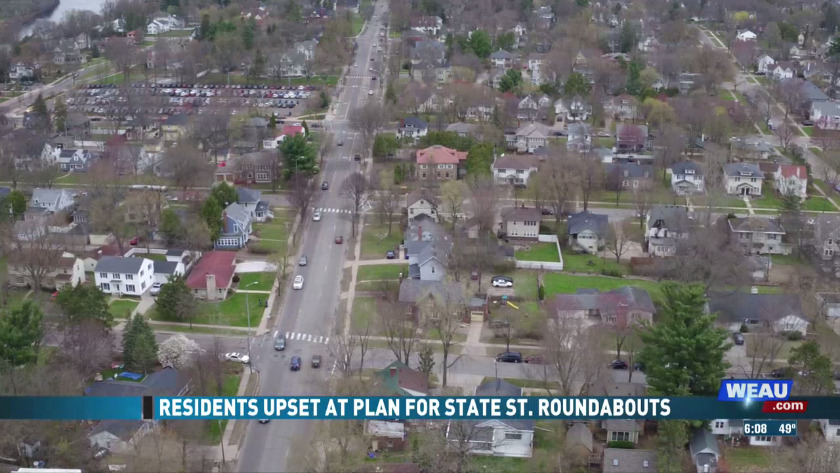 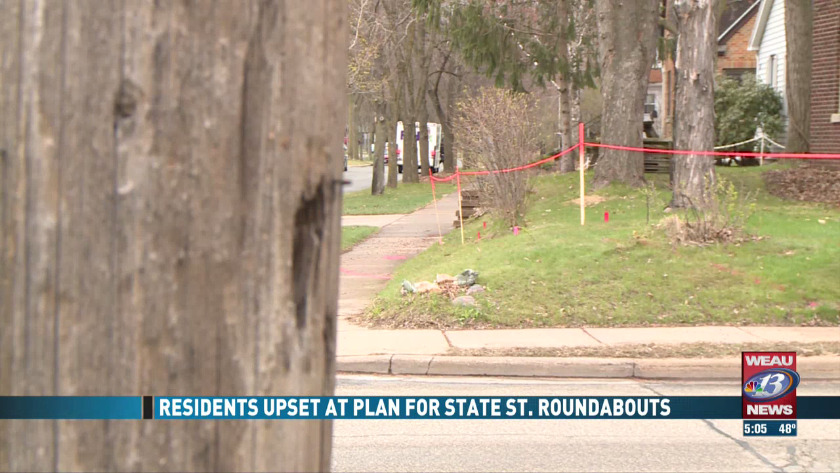 The three roundabouts will be built on State Street, at the intersections with Hamilton and MacArthur Avenues, and Lexington Boulevard. That construction will take place this summer.

The fourth one is at the intersection of State and Roosevelt. Before the fourth roundabout can be added, it will require the city to purchase land from homeowners along the busy intersection.

Residents say they're upset with the plan and disappointed at how much construction will cut into their yards.

“We are not okay with this,” said State Street resident, Max Haslow. “We feel very disappointed because the city council when they made this plan they sort of decided to go against what the city engineer had decided to actually do.”

Eau Claire's City Engineer, David Solberg, says the plan had to be amended after being submitted.

“We made a recommendation to reconstruct the intersection with minor safety improvements to stay within the right of way,” said Solberg. “At the project approval stage, the city council amended the engineer's report to include a roundabout at Roosevelt for reduction in speed over the recommended alternative that was in there.”

Haslow said he and some of his neighbors felt left in the dark about the changes.

“That's another thing we're upset about is the lack of transparency between the council members and the actual homeowners,” said Haslow.

He said homeowners gave their consent to the plan prior to being amended.

“We’re also very concerned about the safety because we’d rather not have cars going down the street going a couple of feet from our house,” said Haslow.

Solberg says another city council meeting needs to take place before construction on the roundabout at Roosevelt can begin. The next meeting is scheduled for June 11th.

“If the city council does not authorize us to move forward with the right of way process, then we wouldn't be able to construct the roundabout that was approved,” said Solberg.

He says the city is waiting for approval to purchase land from private property owners.

“Just the right of way process itself, with all of the rights that the property owners have through the process, will not allow construction this year,” said Solberg.