EAU CLAIRE, Wis. (WEAU) The snow is winding down into this afternoon as low pressure moves to our east. It will be strengthening as it does, resulting in a quick increase in west and northwest winds. These are also being enhanced by an arctic boundary that will be arriving later today. Expect sustained winds this afternoon and into the first part of tonight in the range of 15-25 mph. Gusts of 30-35 mph will be common, occasionally reaching above 40 mph.

WEATHER ALERTS: Winter storm warnings continue until 6 pm this evening, primarily for blowing and drifting snow. A winter weather advisory is in effect for La Crosse County and others to the south and east also until 6 pm. 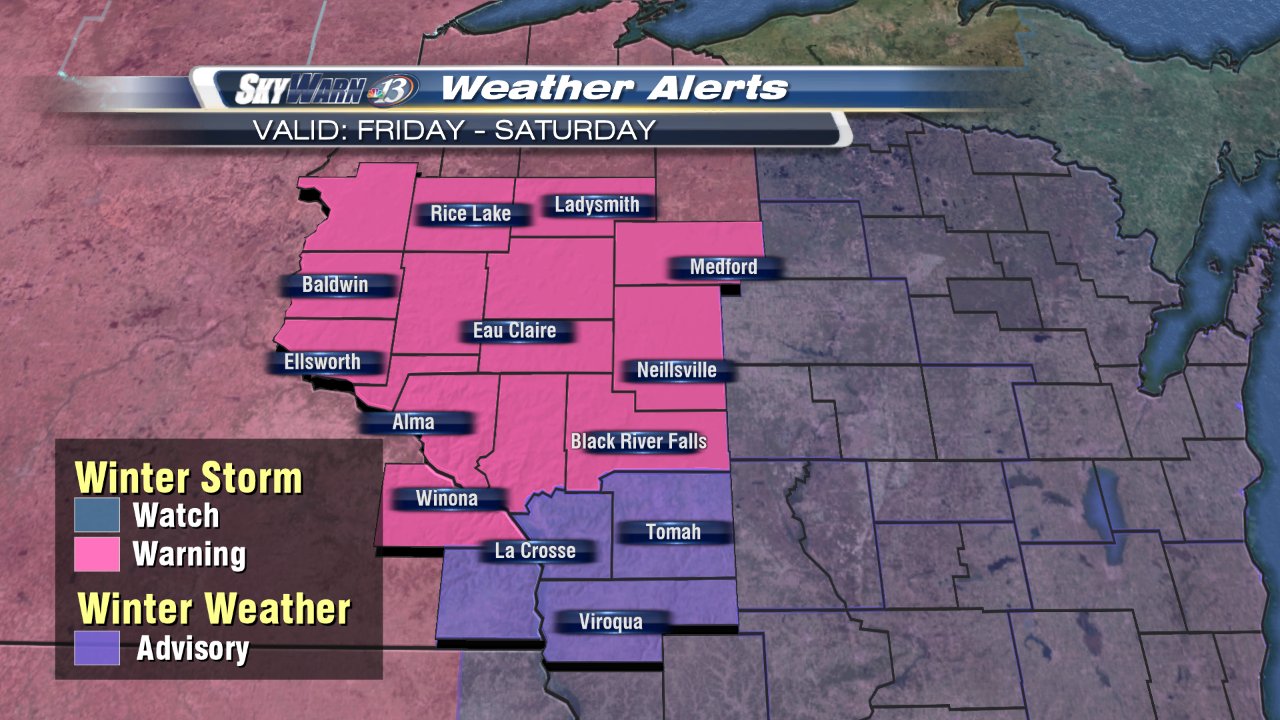 SNOWFALL: Amounts with this storm have generally been in the 2-6" range throughout Western Wisconsin. A dry slot with the storm came much further north than anticipated, resulting in a long period of freezing drizzle and very little snow. Flurries with very little additional accumulation will continue into the first half of the afternoon before ending.

IMPACTS: As the storm moves away through the afternoon and tonight, the main factor will be strong west and northwest winds. Blowing and drifting will result in additional snow on roads, keeping them very slick and dangerous. Visibility may lower greatly at times, due to the blowing snow. Conditions will gradually improve tonight as winds slowly decrease. Temperatures will also crash this afternoon, going from the 20's down into the single digits by late in the day. Factoring in the strong winds, chill values will also drop, between 10 and 20 below zero later tonight.