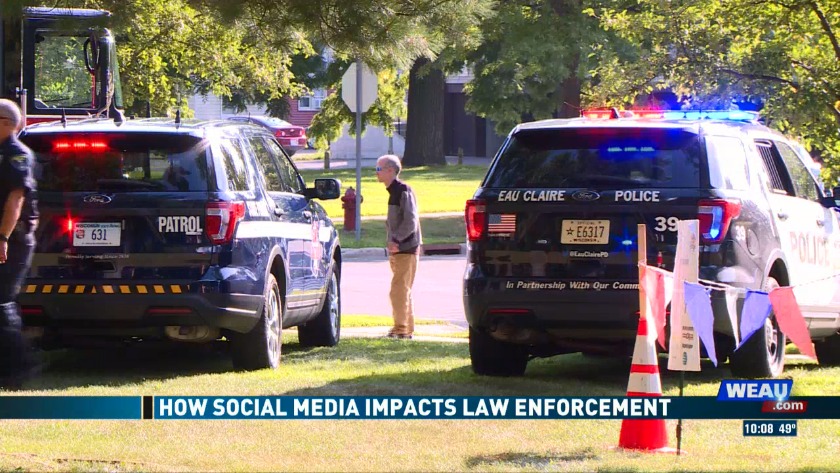 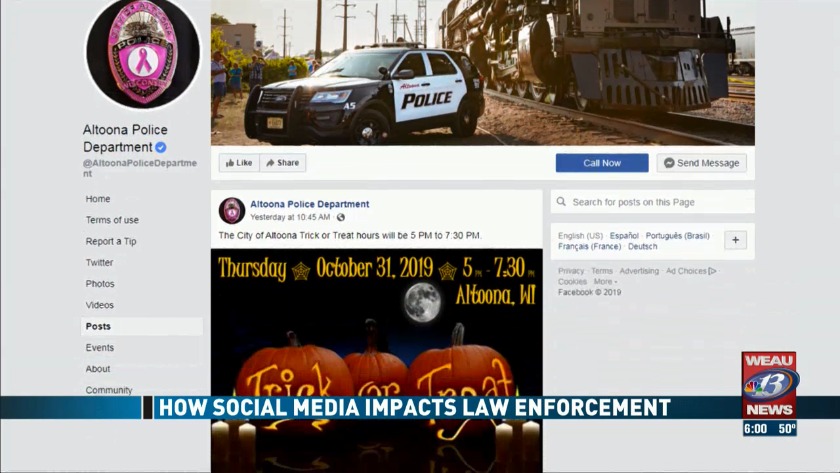 ALTOONA, Wis. (WEAU) -- With billions of users, it’s no secret that social media has changed the world but it’s also changed law enforcement.

Nearly every police or sheriff's department has an operating social media profile. Social media plays an important role in law enforcement. Many departments use it as a tool to get important information out to the public in a timely manner. It’s also used to gain information from the public about an ongoing case or wanted suspect. Altoona Police Chief Kelly Bakken says social media has evolved over the years and changed the way she does her job.

“Over the past 20 years that I’ve been in law enforcement, when I first started it was really kind of non-existent and we didn’t use it for much but now it’s turned into having to know all the different social media sites out there to be able to do investigations,” said Bakken.
Bakken says Facebook, Instagram, and Twitter are used by the department in helping solve crimes and get information to the public quickly than in the past. “We can reach thousands of people within seconds,” she said”

Chief Bakken also says social media can also make the job more challenging. "On the flip side with social media sometimes information gets out there and it’s not completely accurate information,” she says this can hinder an investigation and it has done so in the past.

One person dead, two others hurt in Pierce Co. crash

One person dead, two others hurt in Pierce Co. crash