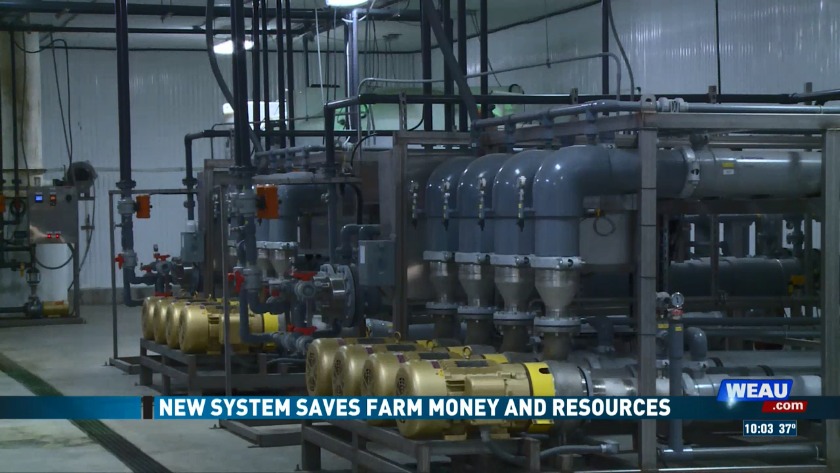 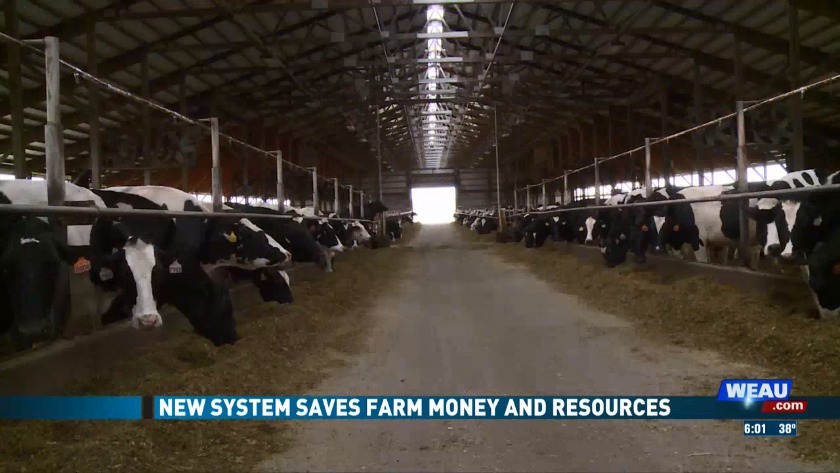 EAU CLAIRE, Wis. (WEAU) - A local farm has implemented a new system that completely separates water and sand from manure produced by dairy cows. That's a good thing, considering the farm boasts about a herd of around 1,400 hundred cows.

Jay Richardson is the owner and president of Son-Bow Farms

“We are producing right around 100 pounds per cow per day and we ship two and we ship two full semis off the farm every day,” Richardson said. “We also crop around 2,400 acres.”

Son-Bow Farms started as a relatively small farm with 50 cows. 25 years later, it has grown into a large scale operation with a need for nutrient management. This new system addresses that need.

“We've taken 1500 semis of liquid manure-water off the roads, based on the amount of water we are discharging,” Richardson said. “On top of that, we are saving about 1,000 semis of sand that used to come into the facility and then those same 1,000 truckloads of sand that would have to go out in the form of dirty sand that had manure in it.”

The "NuWay Nutrient Concentration System" separates nutrients, like nitrogen and phosphorus, from the water which is then discharged into the groundwater supply.

“For us, the most cost effective use for that is, we have an abundance of ground water so we can pump the water out of our wells and then discharge that water and let mother nature put the minerals back into it,” Richardson said.

Richardson said the idea implementing this state of the art system came about after meeting the president of aqua innovations at a manure conference a few years ago.

“We were searching for a more efficient way to handle our manure, as well as being able to reuse our sand. We started to research it, it took us about 3 years to get it implemented and it took another year and a half to get a permit. As of March of this past year, we have been discharging the clean water. It averages between 20,000 and 25,000 gallons of water per day. ”

This system not only has impacted the natural resources used at the farm, it's also impacted the profitability of it as well.

“We believe that overall, we are saving somewhere north of a half of a million dollars a year.”

Richardson said the product is what comes in at the start of the process and then turns it into clean, drinkable water.