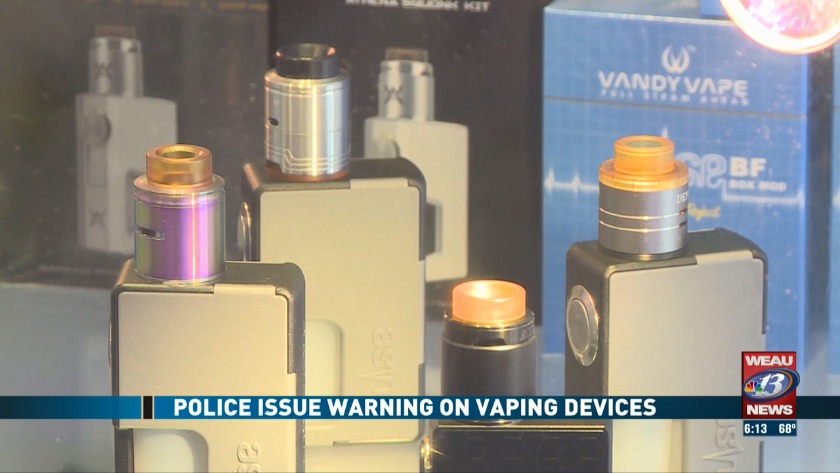 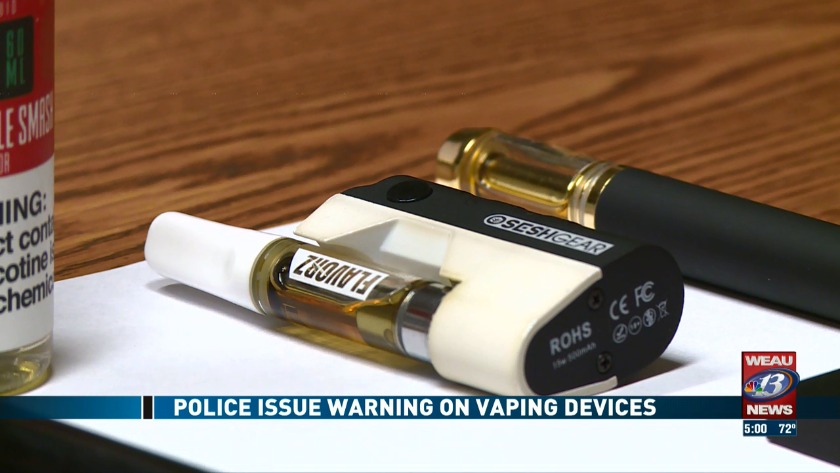 Police officers say both of these devices contained highly concentrated THC substances, causing at least one individual to become sick.

Police Chief Lance Weiland says this is a real issue with real consequences. He's urging young people to stay away from vape devices and is encouraging others to become aware of the dangers.

“A lot of these things are so new that we don’t really know the long term effects on the activities of the people that are choosing to use them,” said Weiland.

He says there have been about 10 reports of students vaping since the start of the school year.

“For a smaller school district and a smaller community, to me, it is very alarming,” said Weiland.

Regi Geissler, RN at HSHS St. Joseph’s Hospital said this is a problem the hospital is seeing with younger people.

Geissler said there is no specific way to tell if a respiratory illness is linked to vaping, but said hospital staff has started asking patients if they vape when they come in.

“It’s not one substance that causes the lung issues, it's a combination of them,” said Geissler. “Until we know about it, the best solution is to not vape.”

Weiland said vaping is more than just a health hazard. He said high school students found in possession of vape devices with illegal substances could possibly be facing expulsion from the school district, as well as face legal consequences.

He says vaping tools come in all shapes, sizes, and colors. He says he encourages parents to become aware or ask about what their children are involved in, to help prevent any future violations.