Colfax students pay tribute to the memory of fellow classmate 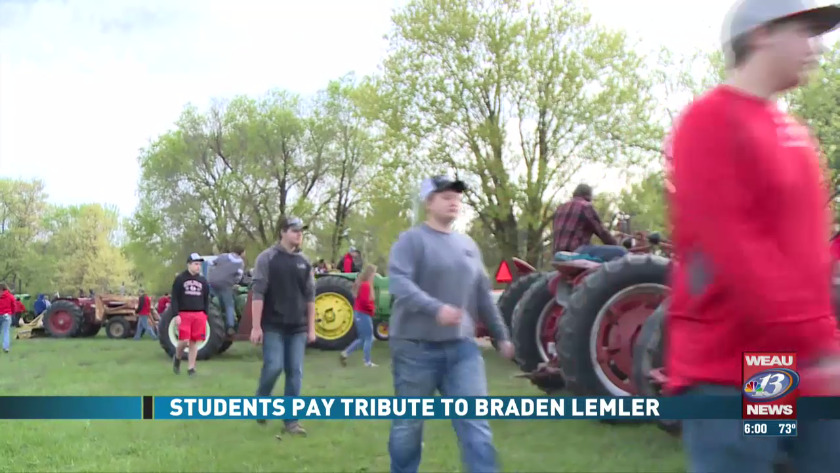 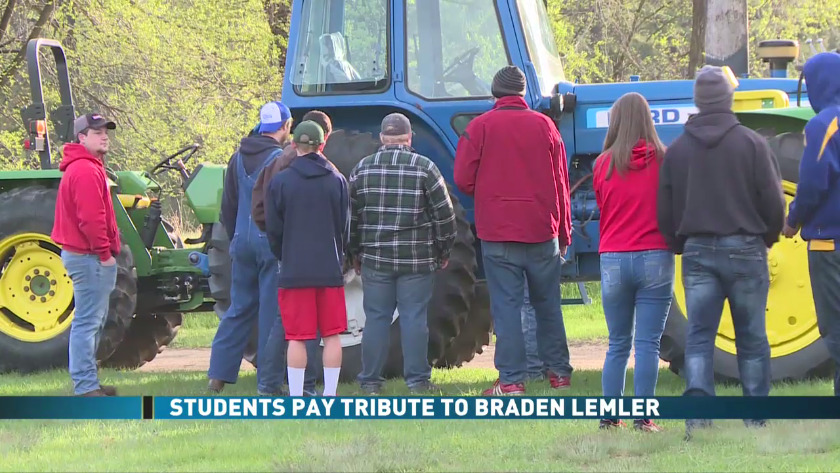 COLFAX, Wis. (WEAU) -- Local student tragically killed in a car crash on Friday afternoon is being remembered and students at Colfax High School chose to honor their classmate in a unique and touching way.

It's been just three days since 16-year-old Braden Lemler died at the scene of a rollover crash in Dunn County. "When I heard,…sent a shiver down my spine I never want to feel again," said Jackson Hellmann, friend of Braden and Junior at Colfax High School.

On the first day back at school since Braden's death, his classmates wanted to do something special to honor his memory. More than a dozen students gathered at the Colfax Fairgounds to drive their tractors down Main Street to school.

Those who knew Braden say he was an outdoorsman and a huge fan of tractors. "Braden, he loved tractors. He loved restoring tractors and he had a farm all H that he restored and brought to the state fair," said Sophomore Phillip Taylor.

Braden's tractor was parked right outside of the school for the day. School officials say it was important to show support for how his friends and classmates chose to honor his memory. "This was a tribute to him. All the kids pulled together, a lot of FFA kids and friends and they just felt that this was what he would have wanted," said Colfax School District Superintendent, Bill Yingst.

Friends of Braden say he would have loved to see everyone riding into school on their tractors. Parents say losing a classmate is tough on their kids. “The students are all coming closer together, especially their friends. They're hanging out a lot,” said Christie Hill. Her three children were friend of Braden and participated in the tribute.

"This is my first time I really had to deal with anyone passing away so, I don't know, I'm taking it kind of hard," said one of Braden’s friends.

Students say besides his love of tractors, Braden will be remembered for being a great friend. "He was always there for you. Anything you ever needed," said Taylor.

Other friends say Braden always had a big smile on his face and always tried to make others happy.

The superintendent says this loss has brought the community together and Monday's tribute is the perfect show of respect for Braden.

UW-Eau Claire alum using business to make personal protection equipment
Related Stories
The comment sections of our web set are designed for thoughtful, intelligent conversation and debate. We want to hear from the viewers but we are not obligated to post comments we feel inappropriate or violate our guidelines. Here are some of the criteria you should follow when posting comments: