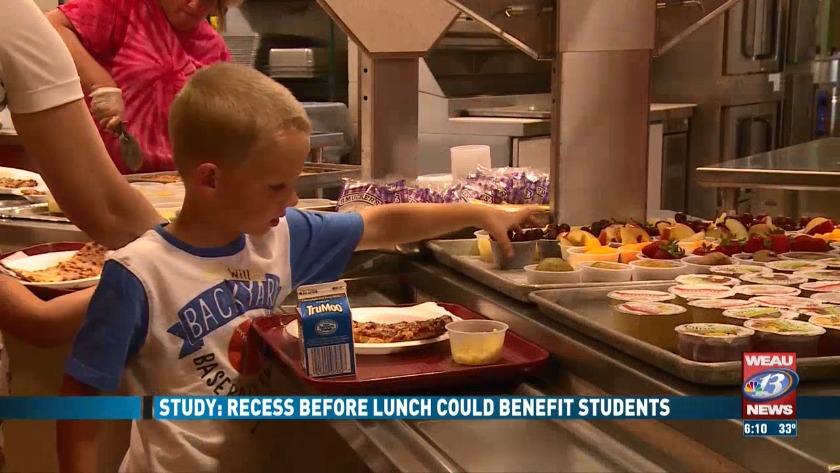 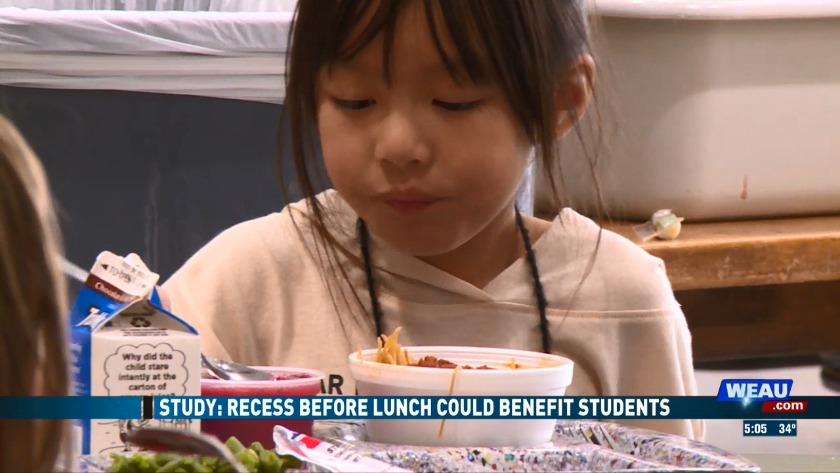 EAU CLAIRE, Wis. (WEAU) -- For years, students in schools get out to burn some energy on the playground after they eat lunch.

Studies show changing that tradition could have some health benefits.

A study done by Ball State University collected surveys from more than 500 elementary school principals. It found schools that schedule recess before lunch had multiple benefits.

Registered dietitian at Mayo Clinic Health System, Anne Bauch, said putting children on the playground before lunch allows them to build up a hunger and intake the right amounts of food to get them through the rest of the day.

“When children are eating after the recess, it could actually help them have a better sense of just feeling satisfied which I think would give them a sense of calm and have a better rest of the day,” said Bauch.

Eighty-two percent of the principals in the study stated they would recommend scheduling recess before lunch to other schools.

“Overall it'd be nice to put more of a focus on mindful eating with children because there's such an epidemic in obesity right now with children,” said Bauch.

Principals in the study said the most common barriers to making a change included a need to revise the daily schedule, issues related to academic hours, staffing issues, and inadequate space in the lunchroom and playground.

The study stated if more principals and school faculty become knowledgeable about this topic, the more likely this practice will become prevalent as will the benefits.

Community support pours in for Ashley Peggs and her daughters

Community support pours in for Ashley Peggs and her daughters