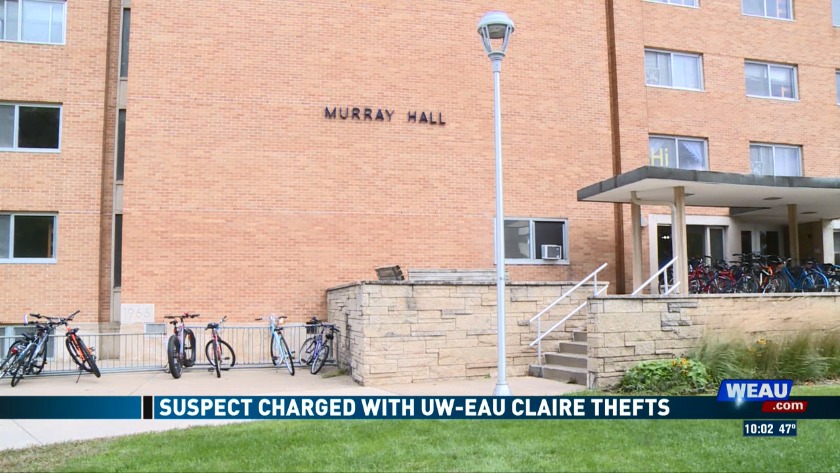 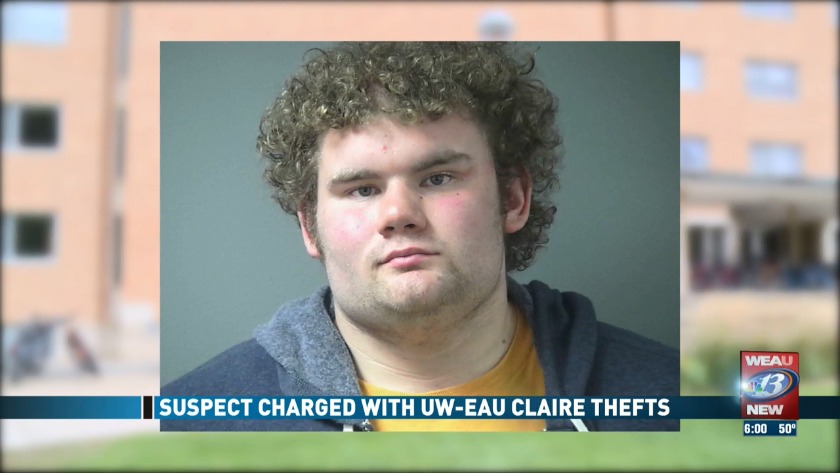 EAU CLAIRE, Wis. (WEAU) -- A suspect is charged after a rash of burglaries this summer at UW-Eau Claire.

19-year-old Billy Blaser is charged with two counts of Burglary and three counts of misdemeanor thefts.

Police say Blaser was living in Murray Hall over the summer and working at the university when the thefts occurred and had access to the facilities.

The thefts occurred on five dates throughout July and August.

The criminal complaint says one victim reported missing from his room air pods, an Xbox Call of Duty Black Ops Game Disc and a full, unopened, family size box of Cheez-Its. Other victims reported missing cash, an Xbox and Xbox accessories. Some of the items were allegedly stolen from inside dorm rooms and others from public areas.
Sergeant Kirchman says after identifying the suspect, he eventually admitted to the crimes.

“It was more crime of opportunities,” Kirchman says. “This person would see an opportunity, we would assume, and would go take advantage of people who were working or living within the facilities.”

Kirchman says students can avoid becoming victims of thefts by securing valuables or keeping them out of site, even inside dorm rooms. He says it’s also important to remember to lock the doors and be vigilant.

“We just ask students to be aware, report suspicious activity so we can check on it and so we don’t have someone come and target our home here,” Kirchman says. “If something doesn’t feel right that’s what we are here for. We are here to investigate that and make sure there is no danger to the university community.”

Blaser is not a student at UW-Eau Claire and no longer has access to the facilities. Kirchman says there is no ongoing threat to the university community.