The Metro in Eau Claire closed temporarily after fire 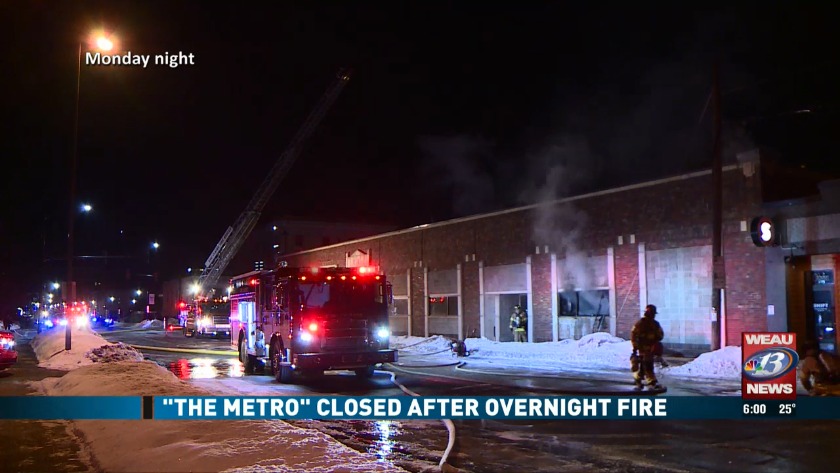 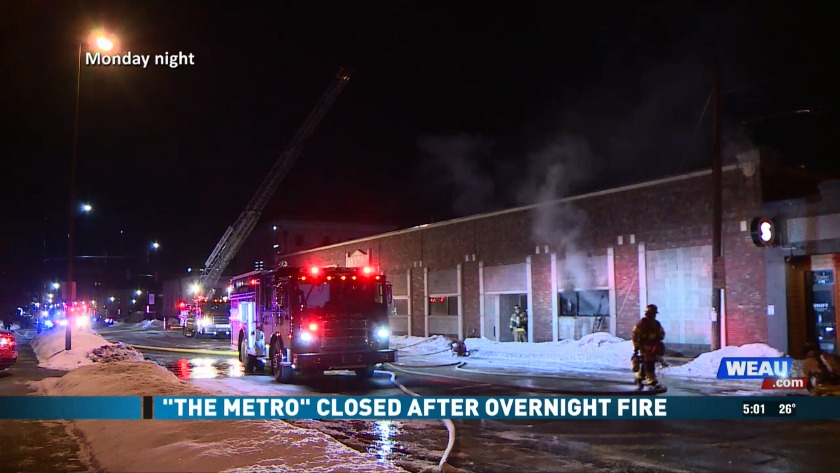 Damage at the nearly 100-year-old structure is estimated at $150,000. Gale Haas and his son, Benny, bought the building about three and a half years ago.

”No one was hurt, that's the most important thing,” Haas said.

The event center was slated to host a weekend full of event . But now, Haas said they are scrambling to relocate them. Haas said employees were at The Metro until about 6:30 Monday night . But just after 10 p.m., fire broke out and crews worked to quickly put it out.

”Looking at the damage, most of the damage was done to the kitchen area and that's where the fire was contained,” Haas said. “There is smoke damage throughout the building.”

Amanda Peterson is one of those employees at The Metro Monday night.

“The back kitchen area is pretty rough in the kitchen itself, but everything else looks intact,” Peterson said. “Everything that wasn't touched by the fire looks pretty good actually. There is a little water damage, it smells of smoke, but that's about it.”

Shift Cyclery & Coffee Bar shares a wall with The Metro. Joseph Hubbard works as a barista at Shift. He said they weren't damaged by the fire.

Although the cause of the fire has yet to be determined, Haas said they do know where it started.

“You can tell what area was the hottest where the fire generally, but the source of the fire hasn't been determined.”

The Sojourner House, a local homeless shelter located behind The Metro, had to be evacuated Monday night due to the fire. Bryan Stephenson said they were evacuated so quickly, he did not have time to grab his things.

“I was thinking that my belongings were going to be up in flames because they had us evacuate,” he said.

Stephenson said they were allowed back into the Sojourner House just after midnight. Haas said the only thing to do is move forward and rebuild.

“That's our plan to get this thing back up and running because i know we had some wedding events coming and scheduled this spring,” Haas said. “We want to make that available for the people that choose us for a place to have their wedding.”

Eau Claire Fire and Rescue estimates the fire caused about $150,000 of damage. The cause of the fire is still under investigation.