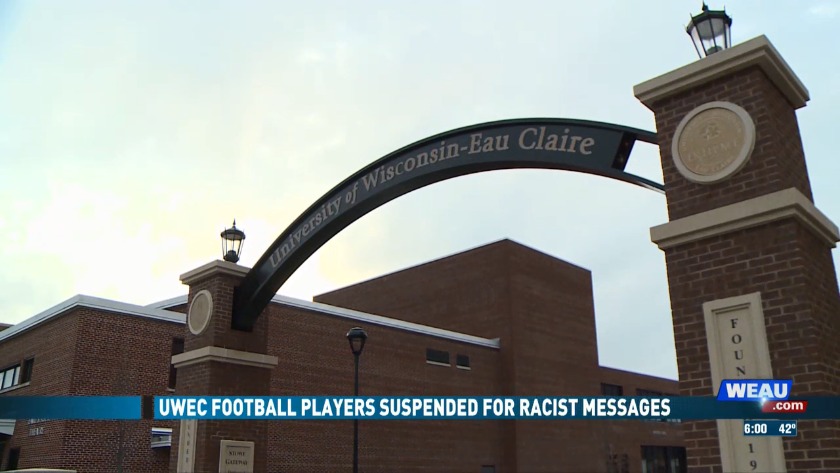 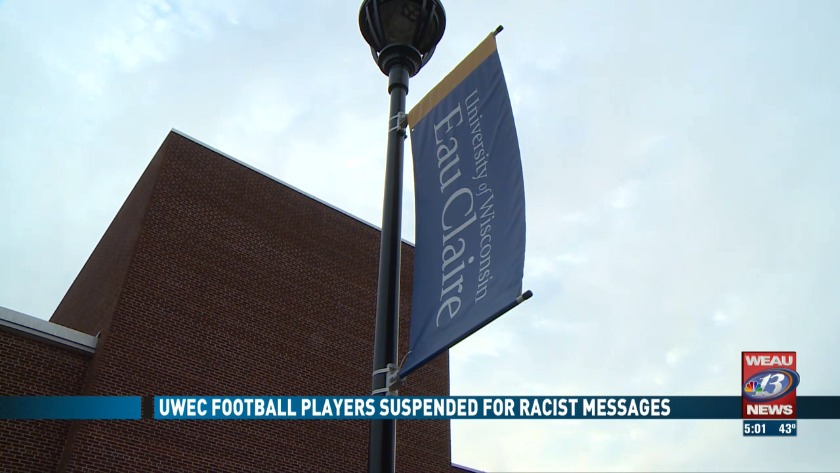 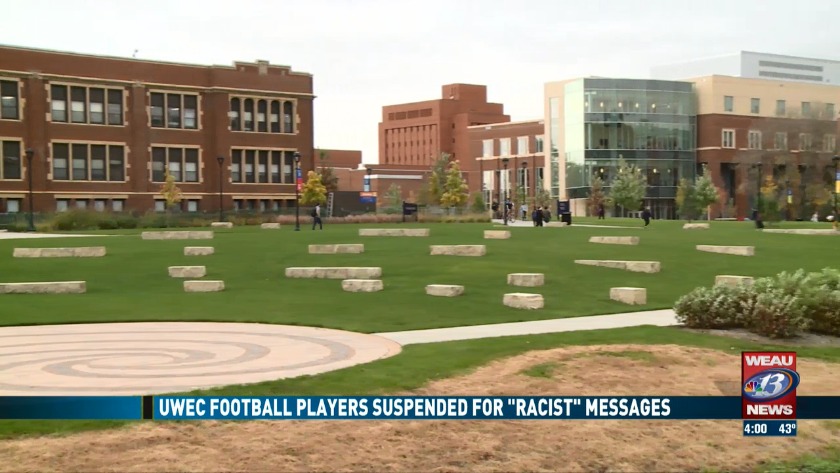 EAU CLAIRE, Wis. (WEAU) -- UW-Eau Claire Chancellor Jim Schmidt says several students are suspended from the football team for their involvement in a racist Snapchat sent out this week.

The incident stems from a photo sent in a Snapchat group between several members of the football team. Snapshots of the message thread began to circulate around the campus this week. The photo appears to show members of the KKK burning a cross. Students say the photo included a message referring to the university's BME or Black Male Empowerment group.

Jalen Thomas, Vice President of BME and former UWEC football player says he knows the players involved in the incident. “Our organization actually got the screenshots from a player...it was in a football group chat with juniors on the team," said Thomas. He’s calling the incident hurtful. "These young men are adults. They're juniors in college so they know right from wrong. I really don’t care if it’s a joke or not, there are a lot of sensitive things in our country's history that you just don’t touch on," he said.

Scott Procter, former UWEC football quarterback and one of the founding members of Black Men Empowerment is responding. He says he’s disappointed. "You can’t say things like that and accompany those words and remarks with photos of the KKK," said Procter.

Procter played football all four years at UWEC and was a senior captain during the 2018 season. He says the suspended players are former teammates of his. He understands they may have been joking but says some jokes are simply not appropriate.

As a man of color, he says during his time at UWEC he never experienced any racism but personally knows students who have found themselves in uncomfortable situations regarding race.

Both Procter and Thomas say they don't view UW-Eau Claire as a racist campus but say there's still progress to be made in terms of the university's racial climate to make all students feel comfortable.

An investigation is underway to determine if further punishment will be handed down to the suspended football players.


EAU CLAIRE, Wis. (WEAU) -- Early Wednesday morning, University of Wisconsin Eau-Claire Chancellor James Schmidt confirmed 4-5 students have been suspended from the UWEC football team for their involvement in a snapchat sent out this week.

While discussing the situation, Schmidt said, "I will tell you that the Athletic Director immediately suspended them from the football team, and then pending the rest of the investigation, will determine their future, as to whether or not they will remain on the football team."

Schmidt went on to say, "Unlike the anonymous posting we had earlier this year, this one, we know who the students are."

The exact contents of the snapchat are somewhat unclear, but Schmidt said he was outraged and disgusted when he heard about it.

"Some things might blur a line between what's racist and not racist," Schmidt said. "But, nothing is more racist and really strikes at the heart of terror, for frankly a lot of our faculty and students on campus, than seeing an image of a burning cross and klansmen standing in the background."