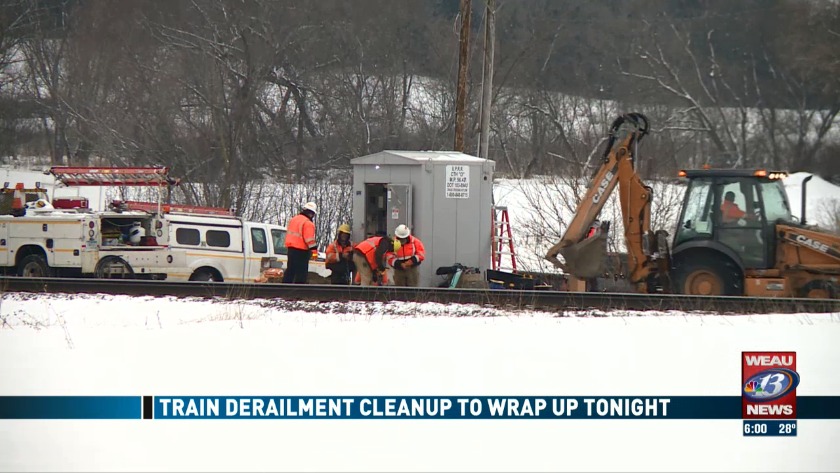 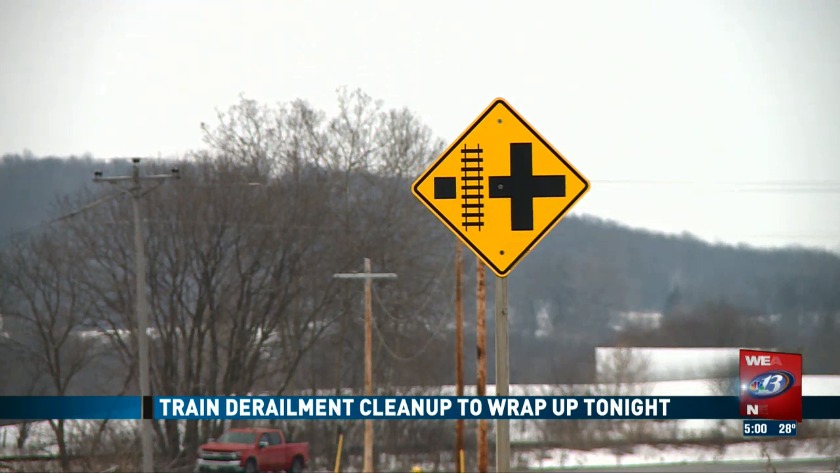 DUNN COUNTY, Wis. (WEAU) -- A section of highway 12 in Dunn County should be open after a train derailment Sunday, which created a massive pileup of train cars.

The Dunn County Sheriff's Office says the train derailment happened Sunday afternoon on Highway 12 at 190th Street near the Village of Knapp.

According to Union Pacific, the train had 192 cars and was hauling mixed freight. About 35 cars derailed or partially derailed. Eighteen of those were involved in a pile-up.

According to Menomonie Fire officials, there was significant damage to the rail line. They say they found rails hundreds of feet from their original location.

As far as the costs associated with cleanup, officials do not have any numbers yet.

“When something like this happens, they usually actually get things cleaned up ad back to normal working conditions a lot of times within 24 hours,” said Dunn County Sheriff Kevin Bygd.

Bygd said the area around the incident opened to traffic around 6 p.m.

A spokesperson with the railroad says the cause of the derailment remains under investigation.