EAU CLAIRE, Wis. (WEAU) A strong low pressure system sits up to our northeast, while a strong upper trough covers the region. The combination has resulted in today's snowfall and it will continue for several more hours before finally exiting later tonight. This snow will be the last of 2019, adding to what has already been an above average December in Eau Claire.

WEATHER ALERTS: A winter storm warning continues until midnight tonight for the majority of our area. La Crosse County and a few others well to the south are under a winter weather advisory. 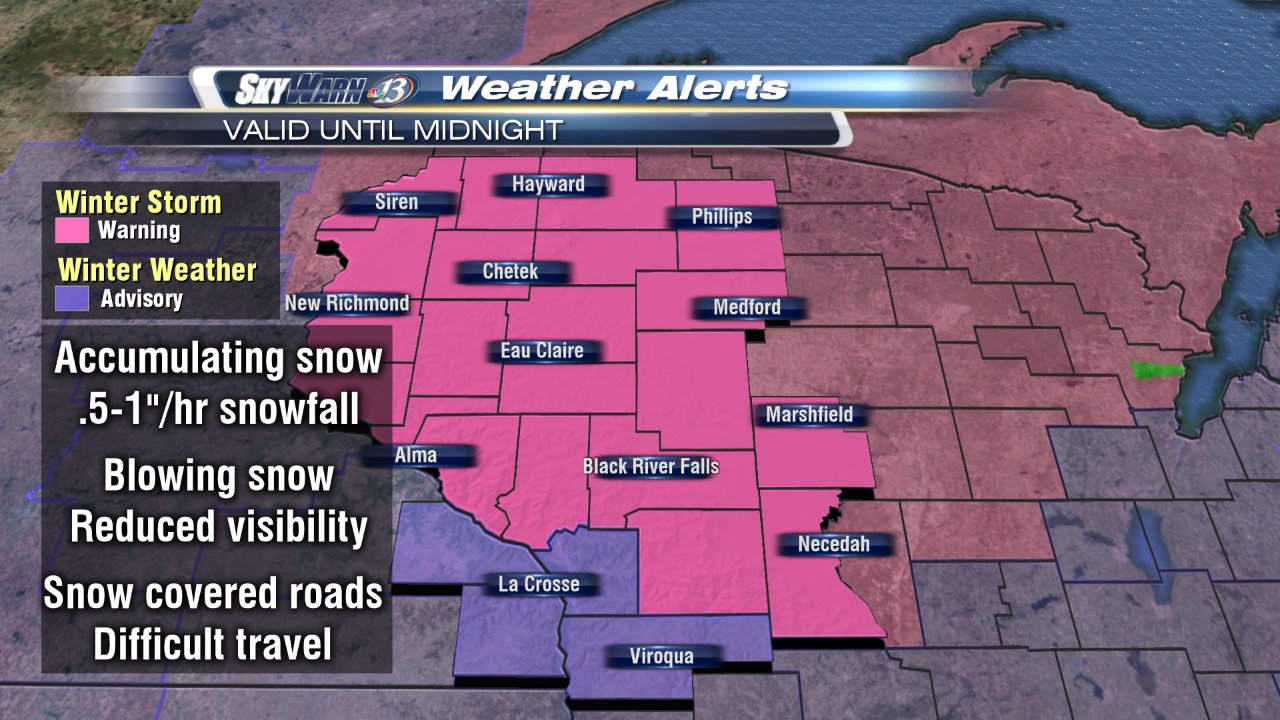 TIMING: Snow will continue through the evening commute and up through around midnight. Lingering snow showers and flurries are possible after that.

IMPACTS: This has been a heavy, wet and clingy snow as temperatures have been hovering around freezing through much of the day. Primary roads and interstates will likely be in the best shape, while most other roads will continue to be snow covered with additional accumulations. As temperatures drop through this evening, the snow will transition to a more powdery snow before ending. Winds will increase from the west and northwest, blowing the falling snow and reducing visibility. Travel will be difficult, so use extreme caution getting around if you have to be out in these conditions.

AMOUNTS: As of mid-afternoon we are seeing many reports of a general 2-5" around the region and with another 2-4" forecast before this moves out later tonight, a 4-8" range will generally cover most of our part of Western Wisconsin. The highest totals are likely to extend from around Eau Claire to the east and northeast. 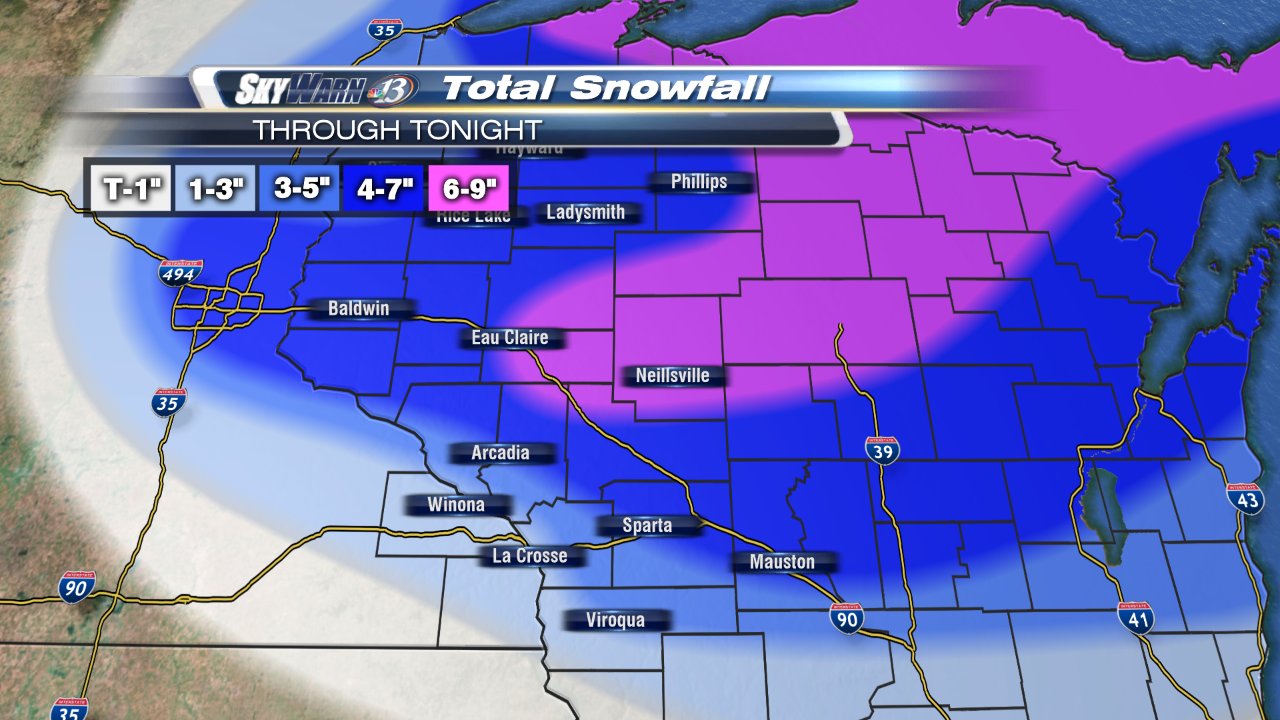