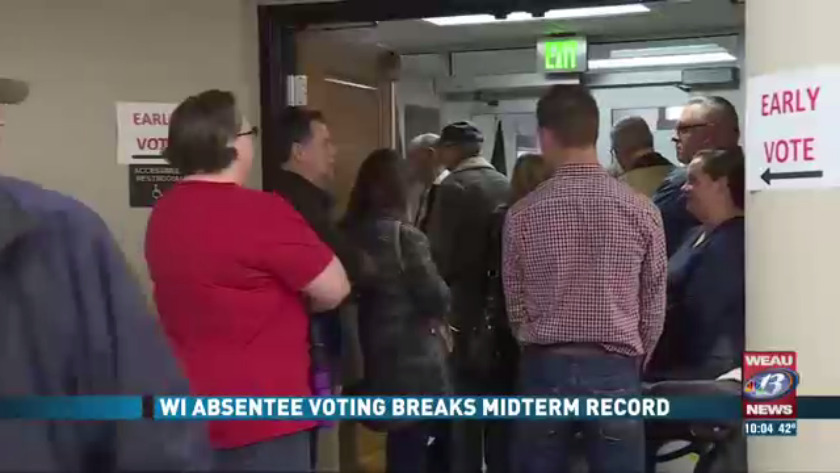 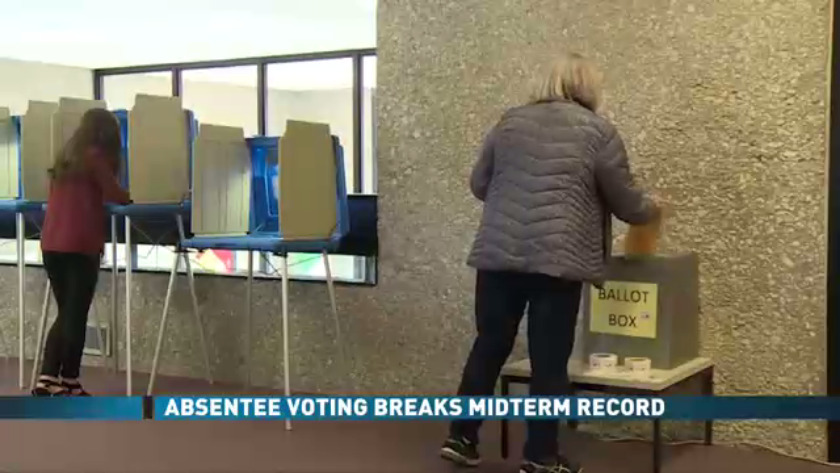 MADISON, Wis. (RELEASE) -- More than 547,000 absentee ballots have already been returned for the November 6 General Election, breaking the record set in 2014 for a midterm election, according to the Wisconsin Elections Commission.

“Absentee voting has been very strong this fall, but still trails the overall record absentee ballots set for the 2016 Presidential and General Election,” said Meagan Wolfe, Wisconsin’s chief elections official. “We do not know yet whether record absentee voting for a midterm will mean higher than normal turnout for this election.”

In a midterm election, overall turnout typically ranges from 50 to 55 percent of the voting age population, compared to 65 to 70 percent in a presidential election.

Comparable pre-election numbers for absentee voting in 2014 are not available because clerks were not required to track absentee ballots online until 2016. Overall in 2014, there were 374,294 absentee ballots counted out of 2.42 million votes cast, which is approximately 15 percent of turnout. In the 2016 General Election, 819,000 of the 2.99 million ballots were absentee, or 27 percent. Historically, more than two-thirds of absentee ballots are cast in the clerk’s office or a satellite voting location, Wolfe noted.

Any voter with an absentee ballot who has not yet mailed it should make arrangements to have the ballot delivered to their polling place or the municipal clerk’s office by Tuesday, Wolfe said.

Voters who have cast an absentee ballot can track it on the MyVote Wisconsin website: https://myvote.wi.gov.