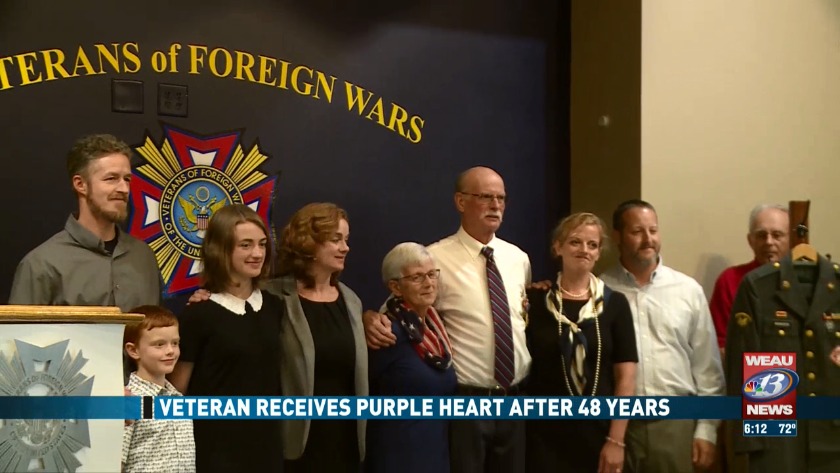 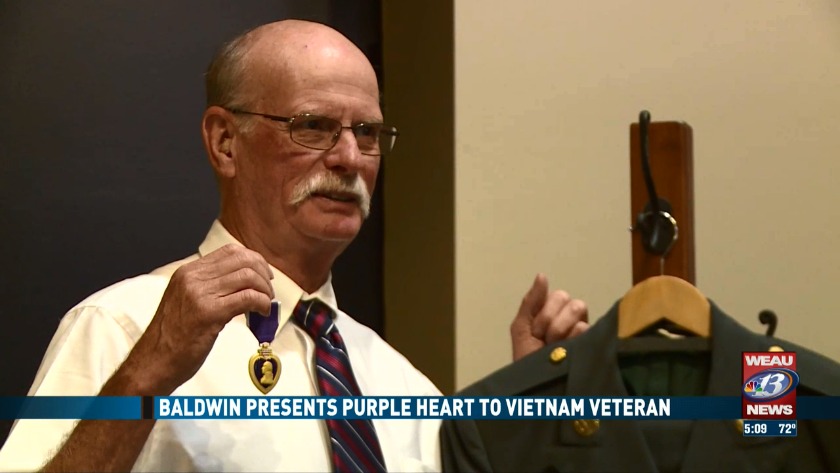 EAU CLAIRE, Wis. (WEAU) -- Forty-eight years after receiving a purple heart in the mail, a Wisconsin Vietnam War veteran finally had his service properly recognized with a ceremony.

Monicken enlisted in the U.S. Army in 1969 at the age of 19. After completing basic training, he was deployed to Vietnam where he served 11 months during the war.

In 1970 while deployed in Vietnam, specialist Monicken and his captain were driving and they came upon an undetected mine that exploded causing several wounds to his face and shrapnel throughout his body.

In 1971 he received his Purple Heart, but it arrived in the mail in a cardboard box with no certificate of authenticity.

After writing many letters, Monicken’s daughters helped push for him to properly receive this honor.

“My dad is a hero and I'm thankful today that we can honor him with the respect and dignity that he deserves,” said Jessica Hanson, Monicken’s daughter.

Monicken said he’s been a long time for this moment.

“It's been like a thorn in my side festering for way too long,” said Monicken.

“I'm so thankful that the Lord was with me in Vietnam and I am here and not crippled up,” said Monicken.