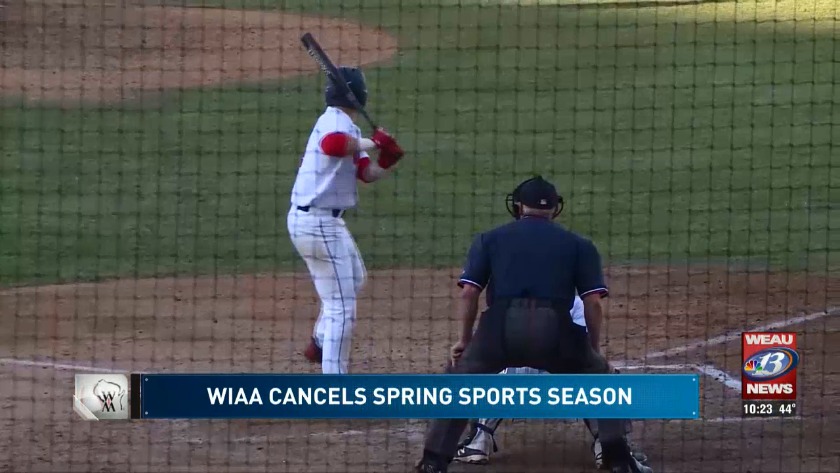 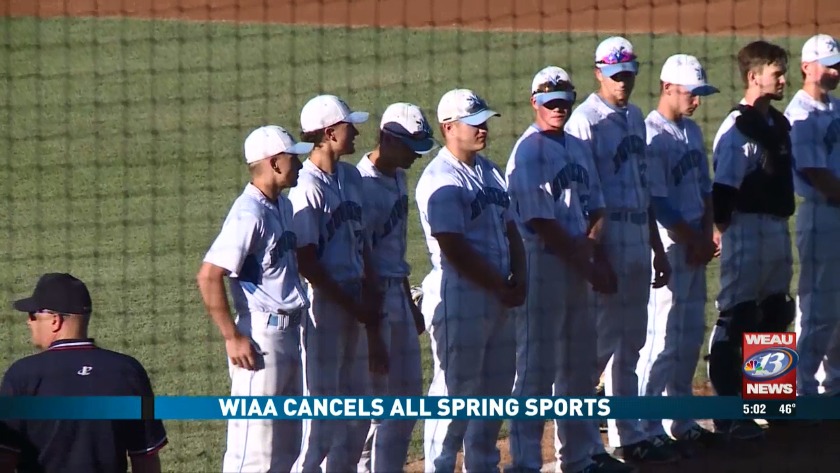 EAU CLAIRE, Wis. (WEAU) Usually this time of year Carson Park is bustling with prep sports activities, but with the WIAA being forced to cancel the spring sports seasons, the fields there and across the state will remain empty.

" My first thought goes to our seniors", says Eau Claire North Head Baseball Coach Bob Johnson. "Senior athletics in the spring is a special time. We had seven returning from this year's team, so my heart goes out to them, the rest of the team and the whole athletic community."

For Chippewa Falls Athletic Director Mike Thompson, it was hard to put into words his feelings today.

"It is so unprecedented, you don't have a speech prepared for it so to speak. So it has been tough. "

Last week, when Governor Evers' Executive Order closed schools for the year, Bob Johnson knew the chances for a season were slim.

"Even though I knew this didn't look good, there was always a glimmer of hope. But when that date was announced I knew there wasn't going to be a baseball season. Even at this age, that one hit me a little bit harder."

Some wanted the season to extend into the summer, but Mike Thompson says there were logistical problems with that happening as well.

"The district administrators had basically defined the school year as going through June 30th. Not being able to use school facilities until June 30th really throws a wrench in things.I think the WIAA's hands were tied with that.

With the Spring Sports season officially cancelled, the hope is we will see action back on the field this fall.