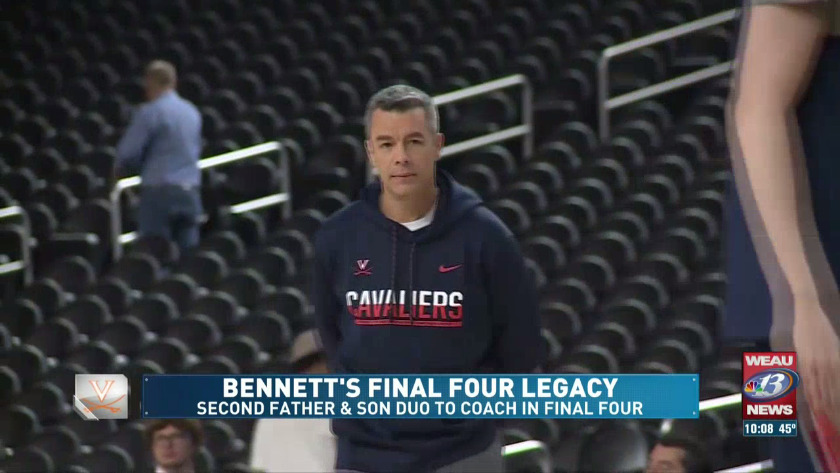 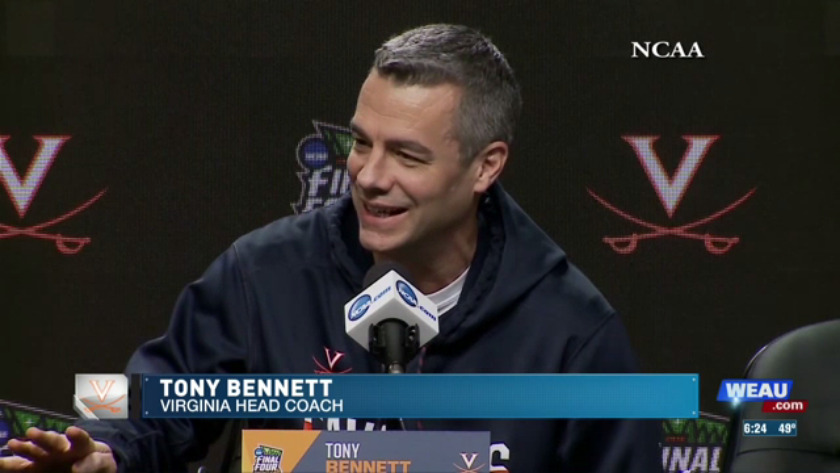 MINNEAPOLIS, Min. (WEAU) The opportunity to earn a spot in the NCAA title game has Virginia head coach Tony Bennett thinking about his father Dick Bennett's Final Four run with the Wisconsin Badgers in 2000.

The Bennett's are only the second father/son duo to have been head coaches in the Final Four, joining the Thompson's of Georgetown.

Tony was a volunteer assistant coach at Wisconsin during their Final Four run in '00 and has fond memories of that team and what it meant to his father.

"There's some great memories I have with my dad, and I knew his dream was to one day coach in a Final Four and perhaps win it, and to be a part of seeing him reach that dream, beating Purdue ironically in the Elite Eight, I stand in awe of that because, when you see others experience a great desire accomplish it, in a way it's sweeter.

So that memory was incredible. Unfortunately, they played Michigan State the year they won it for the fourth time. That was a beast playing that team and Coach Izzo's squad.

But phenomenal memory. Again, I just remember standing back and watching him take it in, and those guys, they were -- that Wisconsin team was special. They were more of a surprise. They were an 8 seed in how they went through and what they did, and it was so unexpected and how they embraced it"

Virginia will take on Auburn Saturday in the Final Four while Michigan State and Texas Tech will battle in the other semifinal.