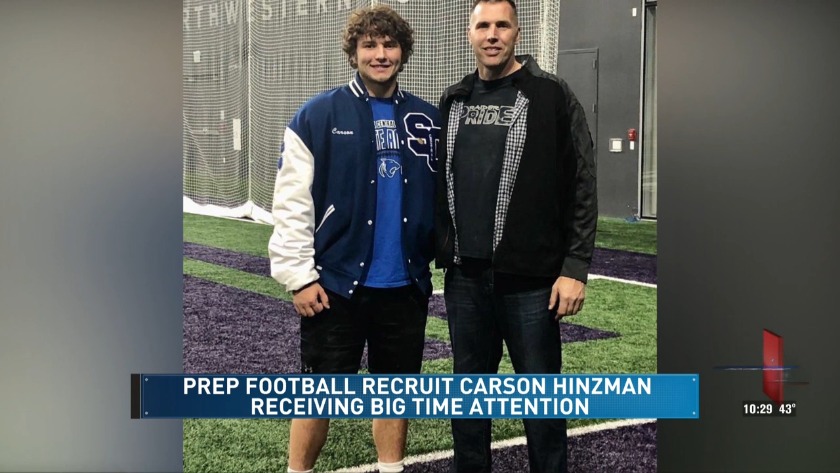 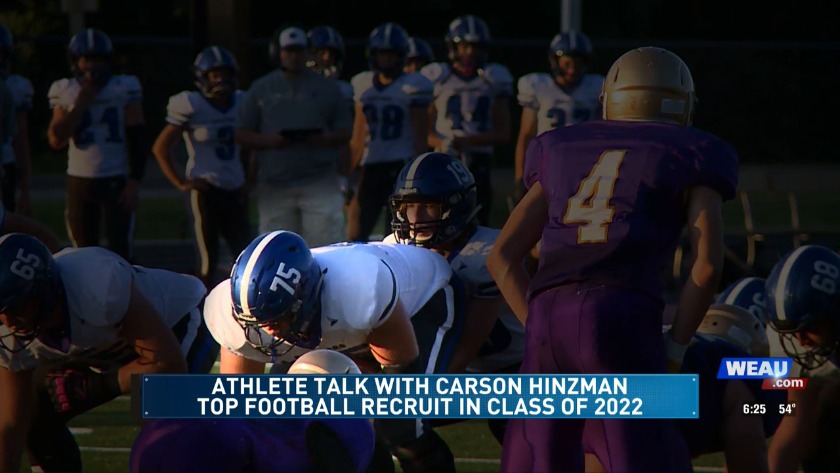 HAMMOND, Wis. (WEAU)- Carson Hinzman has offers from all over the country, Alabama, Oregon, Arizona state and Michigan, but so far there are a few sticking out for a key reason.

“I’d probably say the places I have gotten a chance to visit, have probably been some of the best. Just because obviously I’ve been down there you know and experienced it a little bit so that would be your Wisconsin, Iowa, Notre Dame.”

What about those Wisconsin roots? Will Carson end up as a badger? Maybe.

He was raised a badger fan and has been most of his life, and getting the offer from the home state was an emotional one.

“I was kind of overcome because you don’t ever really expect like any of these offers and obviously that’s a pretty big one.”

But Carson thinks of himself as a fan of football, so maybe an offer from one of the best schools to ever do it will bring him to Alabama, who stunned him with an offer on May 8th.

“I was just like oh crap you know, I was like woah, I mean you never expect that.”

I guess what Carson is saying, is the door is wide open. And why shouldn't it be? He's just 16 years old and has two more years left of high school football, and has a couple other goals on his mind.

“The expectation that I have every year is to win state that’s just what we should be doing and that is what we are going for this year.”

Right now, preparing for a state championship run during the COVID-19 pandemic hasn't exactly been easy.

“It’s obviously pretty frustrating because you really want to get out with your team and get them ready to compete for this year but it is what it is, you can’t really change it, it’s not really up to you so."

With Carson set to graduate high school in 2022, there is still a lot on his mind and a lot to accomplish before he takes his next step.